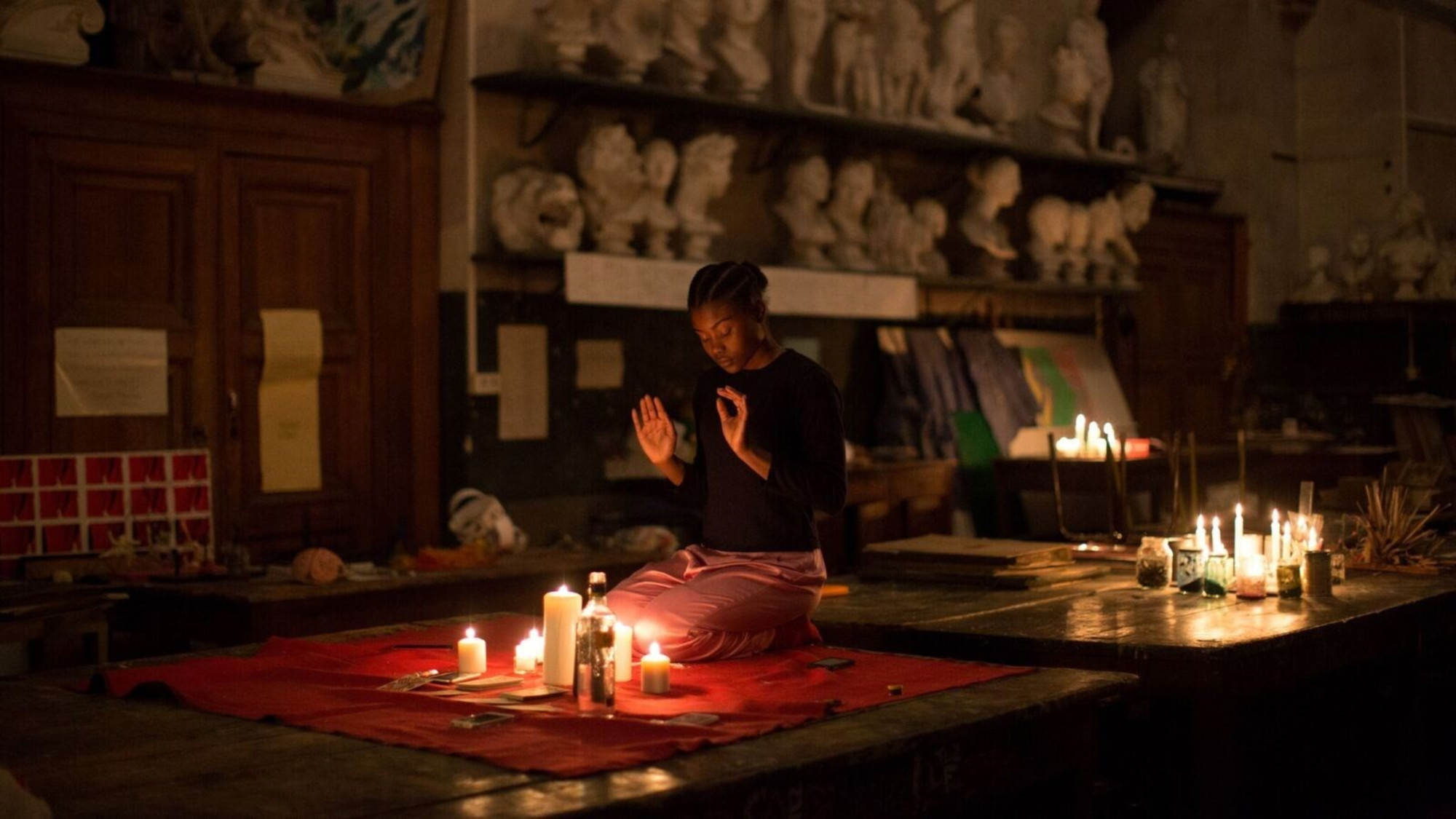 As part of an ongoing self-improvement project, and in solidarity with Elena Gorfinkel’s brilliant Against Lists essay, I’ve decided that ranking art in any kind of order is futile and proves two things – 1) I’m vain and 2) it narrows my imagination and vocabulary. So, please read my selection of 10 films with the following guidance; that they are simply ten films I loved that I wanted to say specific things about, highlight in case they had slipped past people or stretch my definition of cinema in a couple of cases. The films listed here are all the other ones released in the UK that I loved this year – Island of the Hungry Ghosts, High Flying Bird, Varda by Agnès, Monos, Under The Silver Lake, Paddleton, The Burial of Kojo, Us, Fugue, Madeline’s Madeline, I Am Easy To Find, Merata, The Sisters Brothers, Three Identical Strangers, Rolling Thunder Revue, Hale County This Morning This Evening, Can You Ever Forgive Me?, Knife + Heart, Irene’s Ghost, Transit, Once Upon A Time In Hollywood, Ad Astra, Border, Seahorse, No Data Plan, Beanpole, Burning, The Laundromat, Dolemite is my Name, The Irishman, The Report, Atlantics, Wrestle, Marriage Story, The Favourite, Shooting The Mafia, Amazing Grace.

Thom Yorke dances through Europe to some of the most dazzling choreography this side of Busby Berkeley in PTA’s daring one-reeler.

A controversial pick maybe, but man Spike Jonze’s Steadicam work makes this stand-up an intimate, kinetic and vibrant experience. THIS is how you shoot stand-up people. Coupled with the sparse set work and Aziz trying to deal with his transgressions around sexual misconduct, this is one of the most fascinating releases of the year. Also, really funny in parts.

It’s hard to be objective about a film I’ve been a tiny part of and seen explode onto the world cinematic scene but it’s clear that I don’t need to be because the world rightly loves Mark Jenkin’s formally stunning and thematically resonant drama. Amazing performances, a great score and it is the rare example of a film called unique that actually deserves the title.

Read our interview with Mark Jenkin

No film this year has made me feel so strange, so sad, so uplifted and so utterly entranced. A beautiful fable with a stunning central performance that commanded me to feel the experience rather than think it. I succumbed.

More ideas in its little finger than most other films this year have in their entire being. A dangerous and sexy and uncomfortable and beautiful treatise on humanity that proves its maker is peerless in contemporary filmmaking, regardless of what awards or tomatoes say.

A friend of mine uses the phrase ‘it stuck to my guts’ to describe films that stick with him long after seeing them. Barry Jenkins’ dialogue with James Baldwin has stuck to my guts since I saw it at the tip of this year and rarely a week goes by that I am not recalling one of its sublime images or moments.

4. THE SHOCK OF THE FUTURE | Marc Collin

This tribute to female electronic music pioneers is couched in a smart indie period movie starring Alma Jodorowsky (related to cinematic royalty Alejandro) as an aspiring musician struggling to stay true to her art, on the cusp of a potential breakthrough. The film looks great, the music is great, there’s a brilliant gag with the band Suicide as the butt, there are really smart gender politics and an all round feeling of assurance from a filmmaker to watch.

That moment, where Tilda comes down the stairs and says “It’s the worst” is maybe my favourite film moment of the year, one that came back to mind during a tragic day in September, personally. The power of cinema, to capture so much life and pain in the smallest fragment. What a movie this is, it’s bursting with cinema.

Another biased choice, but what else are lists for? So proud to have hosted the UK premiere theatrical screening of the latest work by Lynn Shelton, a filmmaker I spent some time talking to this year, and through the process of rewatching her work to interview her confirmed my feeling that she is a really special filmmaker. This is a smart, funny and slick movie featuring a stand-out turn from Marc Maron.

Thanks to MUBI for its continued mission to bring amazing world cinema to those of us outside main urban centres on new release. They screened Bertrand Bonello’s amazing Haitian Voodoo/French Teen Drama direct from LFF and I for one was really grateful. This is a challenging, complicated film that is part Mean Girls, part I Walked With A Zombie but all intense, weird and memorable.