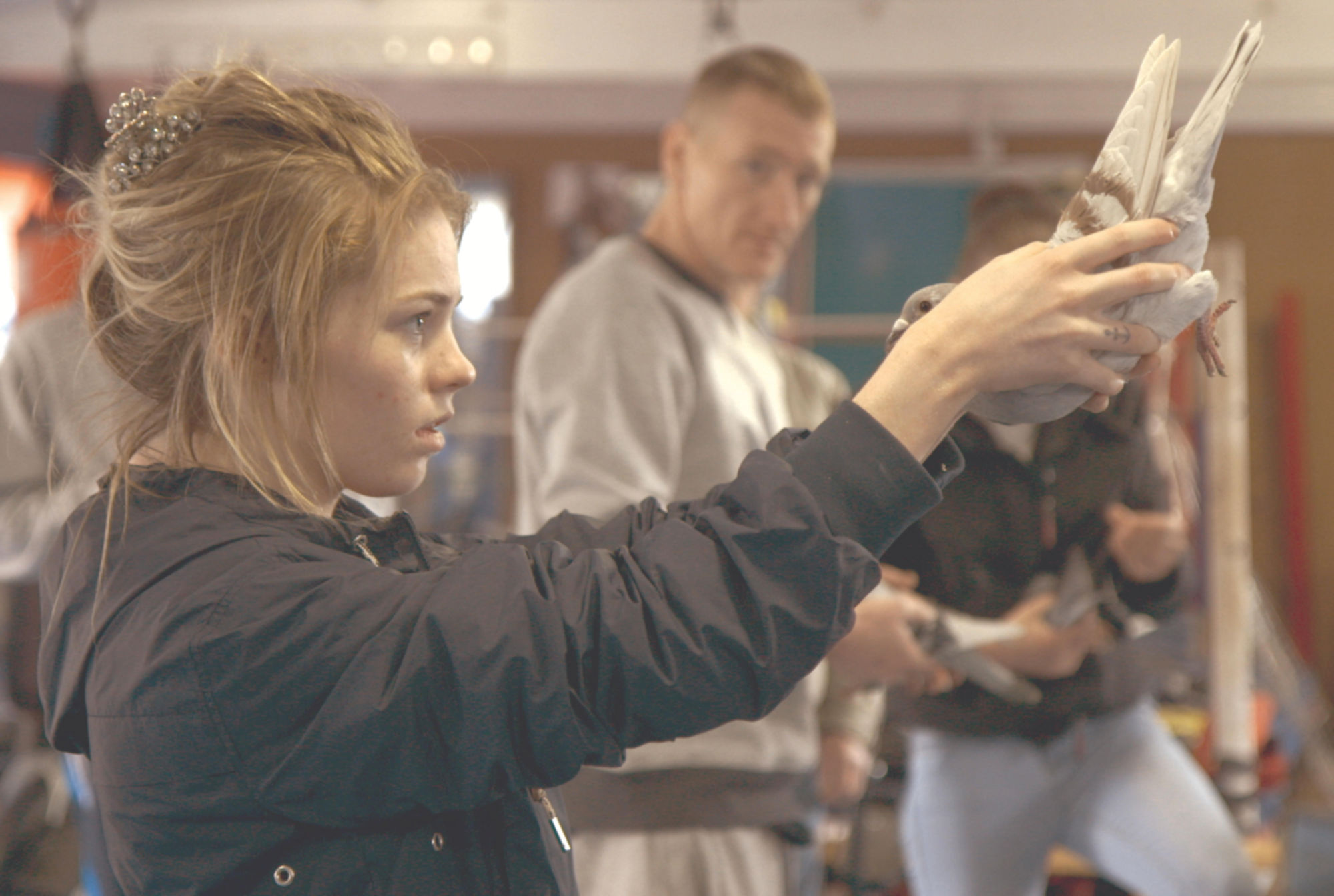 As I write this, it’s the last day of 2019, the last day of the decade, it’s impossible to not look back to 20 years ago to how things were at the turn of this century. Back before I became a parent, before I’d even picked up a video camera. Ten years ago, I was making my third feature for a tiny crowdfunded budget – hanging out at Sound It Out Records in Teesside making Sound It Out, my film about men, music and home. The film found its audience and it changed my life. This year I released the two biggest films of my career, both made in complete secrecy – BIFA nominated Seahorse, which premiered in competition at Tribeca before showing in cinemas and on BBC2 and Emmy nominated Game of Thrones: The Last Watch which broadcast in 180 countries the week after Game of Thrones finished forever. When the producer from HBO saw Sound It Out, she said: “she knew she had found the right person”. I still dearly love the film and showed it at Filmstock in Luton and Mark Kermode and Linda Ruth William’s Screenplay festival on Shetland this year where it won the audience award. It’s incredibly heartening that my films live on.

I spoke at cinema conference This Way Up at Broadway Cinema in December and called for programmers and writers to expand the canon – as Programmer Ashley Clark is doing at BAM – programming established classics alongside more esoteric choices. It’s partly a fear that the same old, same old films, usually made by men, usually already overexposed, are written into film history and it’s why Citizen Kane regularly tops the polls.

I also called for greater visibility and programming slots for documentaries, too often seen as a poor relation – if one more person asks me when I’m going to make “a proper film” I will scream. I’m also looking at you Screen International with your request for critics top 5 films and a paltry single slot for favourite doc, despite the extraordinary For Sama taking four of the top awards at this year’s BIFAS – Best Documentary but also Best Editor, Best Director and Best British Film. Extraordinary scenes.

My top ten includes films I’ve seen at festivals and at my second home Broadway cinema. Films that have lingered and stayed with me. I’d also like to highlight many other films that are well worth seeing – Cats, not a masterful film in any way but easily the most fun I have had in a cinema all year. A tear stained re-watch of Lost In Translation while I was in Tokyo, Amazing Grace, the joyous The Gospel of Eureka, Hail Satan!, The Hottest August, Shooting The Mafia, Extra Ordinary – the hilarious opening film of Mayhem Film Festival, the devastating For Sama, The Cave, and lastly Recorder: The Marion Stokes Project.

Thanks Directors Notes for having me back and indulging my choices.

Writing about this ingenious horror film is an act in spoilering so all I dare do is heartily recommend its playful brilliance.

I have watched Booksmart three times already this year with my 15-year-old daughter, wearing our hair out-front in a ponytail disguising our faces. Like a much more generous John Hughes film, it celebrates female friendship, the hubris of our teen years and it does it with a neon pop. What a debut for Olivia Wild. I also really loved Bo Burnham’s melancholic Eighth Grade which made me FEEL like I was back in my late adolescence.

The sense of smell and longing in this strange and extraordinary love story from Sweden is strange and visceral with a palpable sense of otherness. A genuinely unique and atmospheric film.

Bait is a bold and claustrophobic film about home and belonging. I can’t wait to see what Mark Jenkin makes next.

Read our interview with Mark Jenkin

Scheme Birds is one of the most brooding films I saw this year. An observational documentary, the Swedish directors follow teenage Gemma, a so-called ‘scheme bird’ known by the local police for often getting into trouble across Glasgow. The film is about place and change over time – with accents so strong that the whole film is subtitled and the Australian audience I saw the film with at Melbourne International Film festival struggled at times. As intense as a slap round the face.

A documentary with the kind of complex good vs bad storyline a fiction would kill for. As lush as a painting, the tale of this remote Macedonian beekeeper Hatidze and her neighbours from hell is revelatory and bittersweet, full of longing, fight and wistfulness.

”Don’t look at me” – Queen Anne’s shouted command was hurled across our edit suite for a full 2 months after viewing this glorious, petty and handsome film of manners and desire.

As a complete newcomer to the story I embraced, loved and cried with Gerwig’s portrayal of the March sisters. I was most struck by Laura Dern’s Marmee and her suppressed anger, getting her through. A full-throated fully knitted ode to creativity – by women, both little and big.

A decade sprawling, intricate family drama, interweaving personal tragedy and the brutality of the “One Child Nation” policy in China, as seen in the 2019 documentary of the same name by Nanfu Wang and Jialing Zhang. So Long, My Son is a knockout.

I took my film Seahorse to Australia in August, showing at Melbourne International Films Festival. At the filmmaker dinner, I was introduced to Richard Billingham who very quietly told me that he was here with the film Ray & Liz. I am not cool in any way so made no secret of my admiration – “I fucking love your film”. It’s both quiet and like falling into a painterly world where you can almost smell the stale cigarette smoke. Completely distinct, it’s not like any other film I’ve seen in a long time. An artwork onscreen.