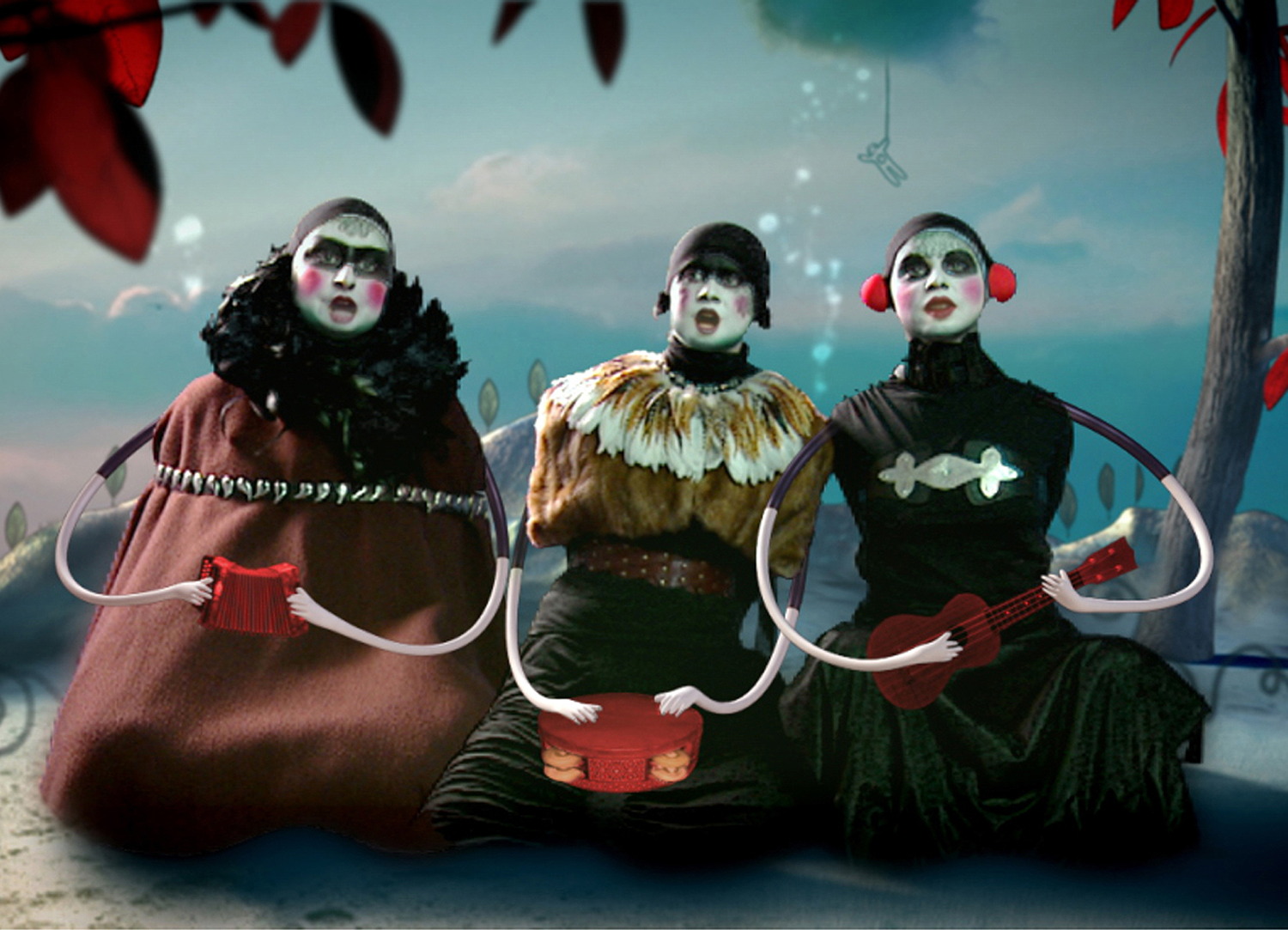 London is a big city, and for those new to it, it can sometimes seem quite scary. But Tomoko, who arrives from Japan to learn English, accidentally discovers a mysterious, secret city underground inhabited by friendly little aliens and beautiful blossom. After she’s found it, everything changes.

Gaëlle Denis’s animated short City Paradise developed from her personal experience as an outsider discovering a London that was, “A lively, beautiful city with a slightly scary undertone, populated by creatures with strange walks.” Commissioned by Channel 4 as part of the MOMI Artist in Residence (AIR) animation scheme, Gaëlle transformed her early sketches and illustrations into a one-minute animatic and undertook extensive stylistic research to help define characters, backgrounds and atmosphere during the development phase of the AIR Scheme. As Gaëlle’s background stemmed largely from pure animation and City Paradise was to combine live action, 2D and computer animation, she decided to make City Paradise at Passion Pictures (who were already admirers of her BAFTA winning 2002 animation Fish Never Sleep) because of their proven experience of combining live action with animation. Passion not only lent their knowledge to the project, but also partnered Gaëlle with a crew conversant in creating the type of film effects she needed to achieve.

Gaëlle worked on the art direction of the film with Photoshop, using drawings and photos she took to create original textures and elements. Inspiration came from photographs of women from South East Asian tribes made up and dressed in traditional costumes, as well as the work on light, textures and shapes of photographers such as Dave Knight. Before shooting the live action elements, the bedroom set was laid out and modelled in Lightwave for use in a vision mixer while shooting against blue screen. Some of this 3D information was also used by the art department to build a window frame, which was painted in blue for later keying work. The same room model was then refined and texture mapped to finalize the bedroom as it appears in the finished film.

One of the main technical challenges of City Paradise was lighting the live action shoot so that it would fit seamlessly when composited in After Effects and Inferno with the pre-created backgrounds. All of the characters were shot against a blue screen wearing blue skirts. This footage was then tracked in After Effects were the time remapping function enabled Gaëlle to experiment with the timing of the live action footage, giving it its comical style. Stats for each scene were printed out and used to create 2D legs, while After Effect’s Keylite plug-in was invaluable for the rapid keying of the live action footage. Composer Jocelyn Mienniel was commissioned to create the score for City Paradise and the film also features a song from Joanna Newsom’s last album.

An extended five minute, 35mm version of City Paradise is being completed by Gaëlle for festival submission, and the film has already received a 2005 BAFTA nomination, won 1st prize and the Audience award at the Tricky Woman, Women Austrian festival 2005, as well as scooping both the Innovation Award and Development Award at this year’s Birds Eye View film festival.