The Host with the Most 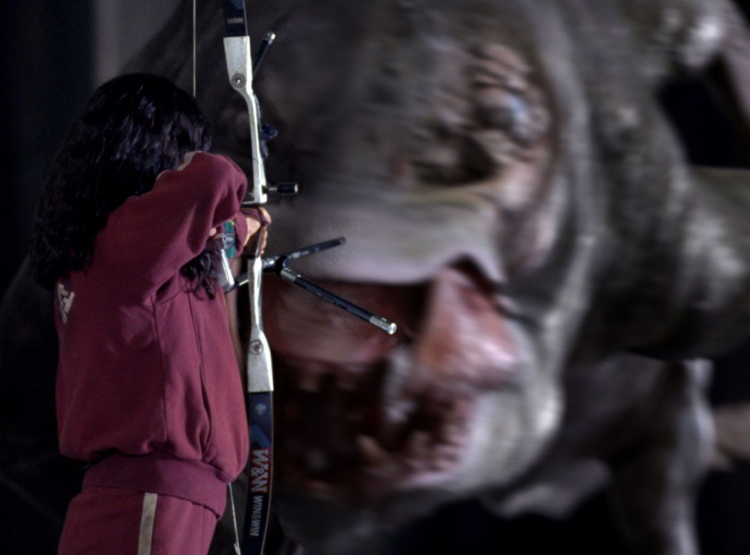 Living in Luton, a one-cinema town, I don’t get many chances to see independent movies or foreign films, unless it involves a 30-minute drive to a nearby town (or a train ride to London). So imagine my surprise when I discovered that the cinema in Luton was actually screening Boon Jong Ho’s latest film The Host. It was only screened twice, at 10.30pm on a Friday and Saturday, but I was pretty shocked as the local cinema’s normal selection usually involves a large dollop of big budget Hollywood movies with a sprinkling of Bollywood. I naturally jumped at the opportunity of seeing a foreign film on my doorstep and was about as excited as a teenage girl at a Timberlake concert!

I hadn’t read any reviews or articles on The Host (so I didn’t spoil any surprises), or seen the trailer, so this was all I knew about the film:

I don’t want to get too deep into the plot of the film as this isn’t a review and I’m not here to totally spoil this movie for all you readers, but I just want to point out that this film will not be for everyone. Most of my favourite films are set in the world of fantasy and I do really enjoy some well-executed special FX.

Although this film seems to skirt around the borders of many different genres, it is a monster movie of sorts and this was one of the main attractions of the film for me. The creature isn’t an over the top Godzilla-style huge beast, but a twisted mutant amphibian from the deep. The interaction between the CGI creature and real life actors and objects seems perfectly choreographed and the monster’s movements appear very predatory, both of which add to its whole believability. However it is worth noting that the money spent on creating the computer generated special effects for the film (around $4 million), is more than is spent on the total budget of most Korean films. There must have been quite a lot of pressure on the filmmaker to ensure that the creature looked really convincing and I personally feel that it was money well spent.

What most impressed me about the film was that although this is a monster movie it’s not obsessed with action. There are only two real action sequences in the film that are both brilliantly orchestrated. The rest of the film manages to flip seamlessly between comedy, family based drama and thriller, whilst managing to pose some strong political and environmental questions to its audience. Although the monster is the chief player in the film it doesn’t always take main stage due to the excellent performances of the main cast. Kang-ho Song (who you might recognise from Sympathy for Mr Vengeance and Swiri), and Ah-sung Ko, playing the roles of father and daughter are particularly engrossing. The filmmakers are also careful not to let the monster overrun things by paying attention to everything else in shot; a palette of cool greys and greens is employed to enhance the feel of the urban landscape of Seoul.

Take a look at the posters and like me you should instantly know if this is your kind of film. If it is, do make sure that you go see it and GO SEE IT NOW!