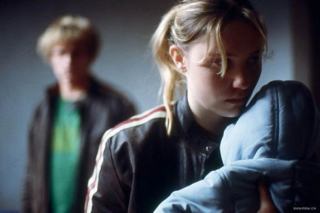 I’m quite proud of myself for seeing as many films as I did do last year seeing as I was busy being very large and pregnant for most of it, and trying to sit still in a cinema seat for an hour or so was one of the most uncomfortable things ever! I don’t think that accompanying me to the cinema was one of MarBelle’s favourite things either, as he had to put up with me fidgeting, putting my legs up on him and getting up to go for a wee every 5 minutes. Nice.

The following films are the best of what I saw in 2006. I would like to add that I tried to sneak in The Proposition but MarBelle wouldn’t let me as I saw it the year before last at a film festival. If you haven’t seen it yet you need to see it as soon as possible and check out Ray Winstone’s performance. Bloody great.

1. L’Enfant (Jean-Pierre Dardenne and Luc Dardenne) – It rocks, definitely my type of film. It manages to be grimy and gritty and beautiful all at the same time. And it’s set in Belgium so it’s social realism with a continental twist.

2. London to Brighton (Paul Andrew Williams) – Again, my type of film. I thought Lorraine Stanley was excellent as the prostitute, her character reminds me of Kathy Burke, one of my all-time favourite actresses. I love the fact that the nasty men get their come-uppance as well – that’ll learn ’em. This was also the first film that Caleb went to see at the cinema, thanks to our local doing parent and baby screenings. It’s probably rated so high not just because it is a really good film but also because it was my first cinema outing post-baby, and I had forgotten just how much I loved going.

3. Sympathy for Lady Vengeance (Park Chan Wook) – Oh my God, I had forgotten just how much I enjoyed this film and I so need to see it again. Looking back I think that I liked the violence and the fact that there was a lady in charge.

4. The Cave of the Yellow Dog (Byambasuren Davaa) – The second feature film from the director of The Story of the Weeping Camel. The tales of nomads and their animals get me every time. Lovely stories, beautiful locations, and both tearjerkers.

5. 13 Tzameti (Gela Babluani) – Amazing story that had me on the edge of my seat. I wanted to buy this film as soon as the end credits rolled. This was one of those that I hadn’t heard much about and whose plot didn’t really grab me, but was the only film showing at the time. I am SO glad that I saw it. 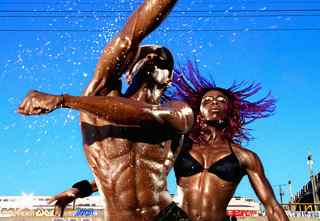 6. Rize (David LaChapelle) – Man, look at them go! Apart from some of the most extraordinary moves that I have ever seen, this documentary was a really interesting social commentary on a movement that has been around for some time now. The history of Clowning and Krumping is looked at as well as the styles that have evolved from these roots. I loved the different gangs explaining what they were about and the battles. That clown make-up thing is freaky though.

7. Hidden (Michael Haneke) – Great film from a director that I need to check out more, especially after reading El Vez’s top 10. I’ve only seen Code Unknown which was amazing and which, on reflection, I probably enjoyed more than this film. Hidden was thought provoking and beautifully shot however and I just loved the interior in the dining room.

8. Walk the Line (James Mangold) – I’m really into films that tell the story about someone’s life and this film was thoroughly enjoyable showing Johnny Cash at his best and worst of times. Great music and a great man. Made me cry (again, it doesn’t take much).

9. Capote (Bennett Miller) – See above. Although this wasn’t about Capote’s life per se, it does focus on one particular period. I love Philip Seymour Hoffman and his capacity to play such different characters constantly amazes me. This film made me start reading In Cold Blood the very next day.

10. Grizzly Man (Werner Herzog) – I probably shouldn’t have laughed when Timothy Treadmill got eaten, but c’mon, I think we all think that he may have deserved it. You’re just too scared to say. I have a morbid fascination with wanting to hear that tape as well, sick or what?