Why do I feel the unhealthy, compulsion to spend days obsessing over what 10 out of the 123 films I watched this year (told you I was obsessive!) were my favourites, and why do I have to wait until every day of previous year has passed to ensure I’ve truly seen all the films I’m going to before I’ll even consider making the choices?I have no answer for you (except that El Vez forces me…go get help quick!), but before I change my mind again here’s my list. Consider it valid for at least the next two hours:

1. Zoo – Robinson Devor
Every time I mention that this was my favourite film of LFF I get the same look I’m sure I had on my face whilst reading the programme description, but the gulf between the expectation of what a documentary about zoophilia would be and what Zoo actually presents on screen was as wide as the beautiful vistas peppered throughout the film, with the silhouetted characters drifting through the frame like the hidden compulsions described in the audio interviews which provide the film’s structure.

2. Control – Anton Corbijn
The story of Joy Division frontman Ian Curtis could have easily taken the well worn routes of the tragic music biopic, but with Deborah Curtis’ memoir, Touching From a Distance , as the base for Matt Greenhalgh’s script, Corbijn gets Sam Riley to inhabit a living, breathing, talented and extremely troubled individual instead of an unknowable music legend in what has to be one of the greatest breakout performances of recent memory. On a side note, Grant Gee’s Joy Division documentary also steps out of the traditional band portrait and I believe should be seen as a companion piece to Control so be sure to catch it later this year.

3. This Is England – Shane Meadows
Few directors inspire the blind faith in their films as Shane Meadows does for me, but few others deserve the trust. Partially semi-autobiographical, Meadows’ recollections of early skinhead culture stream from the screen with an equally vibrant soundtrack, which makes you feel the shift in wind as a nervous shudder when Thomas Turgoose’s Shaun is taken under Combo’s National Front wing.

4. Hotel Harabati – Brice Cauvin
I went into Hotel Harabati completely blind, with no synopsis to guide me and I’m glad I got the opportunity to. Just as with Cauvin’s use of wide shots, you have to hunt through the story (as well as the frame) to find a ‘truth’ which may or may not be the same one that Philippe (Laurent Lucas) and Marion (Hélène Fillières) come to accept in this inventive twist on the ‘found bag’ story device.

Watch the Trailer (French, no subs)

5. The Lives of Others – Florian Henckel von Donnersmarck
Some the criticism for The Lives of Others has focussed on the implausibility of a Stasi agent being free enough to have any kind of change of heart within such a locked down regime, but Ulrich Mühe’s performance is so subtle that his shift in loyalty feels like a natural evolution from his role of surveillance officer as he becomes ever exposed to the couple’s lives, making us not only fear for their safety, but his also. 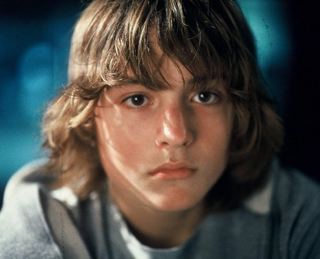 6. Paranoid Park – Gus Van Sant
This literally just made it into the list when I saw it a few of days ago, but I have to admit to being a sucker for stories of disaffected teens, of which Van Sant is a confident guide. Plus cinematographer Christopher Doyle’s dreamlike 35mm shots mixed with Kathy Li’s 8mm skate footage, perfectly compliments Gabe Nevins’ natural performance.

7. Rescue Dawn – Werner Herzog
I haven’t seen Little Dieter Needs to Fly but when I do sit down to watch it I’m hoping that the real life Dieter Dengler, is just as resourceful and charming as Christian Bale’s portrait of him here, who literally had me running and hiding in the jungle with him. El Vez has already spoken about the accessibility or lack of in Herzog films to a wide audience, but as in last year’s Grizzly Man Herzog shows us what extraordinary individuals are capable of, whether it’s a desire to escape or get back to nature.

8. I Always Wanted to be a Gangster – Samuel Benchetrit
Another surprise find from my stint at LFF and a film that had me laughing pretty much continuously throughout its four chapters of unlikely criminals, all delivered in a lusciously shot black and white. As many have already pointed out I Always Wanted to be a Gangster feels like Pulp Fiction distilled through a European sensibility, which has extracted all the bombast leaving witty inter-connected portraits.

9. The Banishment – Andrei Zvyagintsev
In the Q&A following The Banishment screening I was at, Zvyagintsev replied to a question about the bleak portrayal of fathers in his films by saying that Alex, reservedly played by the ever excellent Konstantin Lavronenko, was much more of a family man than the father (also played by Lavronenko) in The Return. It’s true that no children are left at the side of the road this time round, but happy families it ain’t. Looking as amazing as I’d hoped, the film steadily and inevitably unravels the family unit following Vera’s (Maria Bonnevie) confession.

10. The King of Kong: A Fistful of Quarters – Seth Gordon
It would be unfair to say that The King of Kong could with a clear conscience state that it gives a completely balanced presentation of its protagonists Steve Wiebe and Billy Mitchell, but with dynamite such as “I’ve pointed out to Steve that he’s the person he is today because he came under the wrath of Bill Mitchell,” I fail to see how Gordon could’ve put the film together in a way that wouldn’t have us routing for Wiebe right through to the closing credits. Never has Donkey Kong and the Guinness Book of Records been so exciting. Go you underdogs!

So that was last year. I’ve watched No Country for Old Men and Bug in the last couple of days, both of which are going to take some shifting from the top spots of my ’08 list, but the year is still about as young as it can get. As El Vez said list making is a bit of a compulsion round here. I’ve got a top ten for albums and another for gigs of ’07 both of which will have to wait until we start a music blog for full listing, *cough* White Chalk – PJ Harvey & Oneida @ ATP are the respective number ones if you were dying to know. However, as it’s related to what Directors Notes is all about and God only knows how this year’s TV shows are gonna pan out with the writer’s strike, here’s a super quick list of shows that stopped me watching more films last year:

Mad Men – The ad world never looked so intriguing, sexy, or smokey.
Dexter – Harry’s Code wins out.
Tell Me You Love Me – Three relationships, a therapist, oh and lots of sex.
Californication – I now want to be a Hell-A writer.
Battlestar Galactica – There must be some kind of way out of here.
Flight of the Conchords – “She’s so hot, she’s making me sexist – bitch.”
Big Love – Polygamy isn’t quite three beds of roses.
The Shield – Vic just keeps getting madder.
The Sopranos – Fade to black.
Weeds – Little boxes all aflame.

Honorable Mentions
Entourage
The Tudors
John From Cincinnati – Yeah everyone but me hated this, but I for one am sad to see it go.

One Response to MarBelle 2007 Top Ten