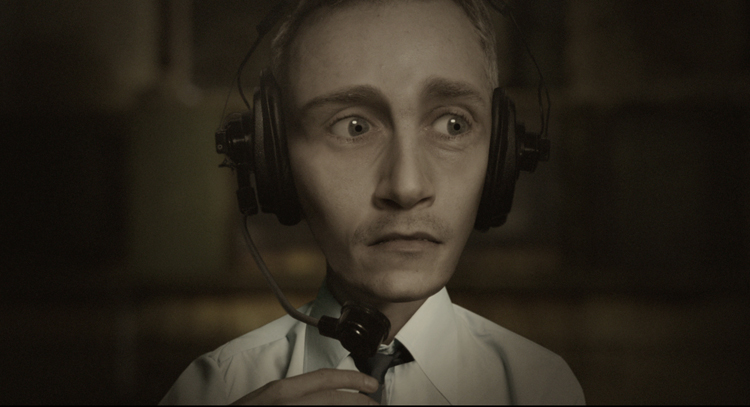 After the screening of Metropia, director Tarik Saleh claimed he never wanted to make an animation and even went on to declare that after watching his film he was disappointed when he realized it wasn’t live-action. The director jokingly stated he was put off animation because of the lengthy creative process he experienced when working for his father, a stop-motion animator. To be fair to Saleh, he had spent a year creating 200 faces for a puppet, only for his father to decide he could actually do the job with just 30, enough to put most people off. Despite all this, Metropia is clearly an animation (although it does contain live-action elements) and one that took six years to make.

Set in the not too distant, not too pleasant future, the world is now running out of oil and the undergrounds have been connected into a sprawling subway network beneath a dreary dystopian Europe. Metropia tells the story of Roger (Vincent Gallo – not as impressive when you can’t see his face!), a man obsessed with conspiracy and overflowing with paranoia about the ever-increasing levels of surveillance in the world in which he lives. This suspicion isn’t helped when he begins hearing voices and starts believing that someone or something is trying to control him. The film follows our anti-hero as he tries to uncover who or what is attempting to manipulate his thoughts and ultimately regain control of his life.

This is a strange looking film, faces and body-parts look photo-real, but often characters walk and move like they’re straight out of South Park or Team America: World Police. To create the distinct look, Saleh and his team used Adobe After Effects, a tool that the director admitted wasn’t ideal for creating animation (good job he wasn’t making an animation then!). Trying to avoid his film looking like just another Pixar imitation, where everything appears to be made out of ice-cream (Saleh’s words not mine), the director forced the software to create something markedly two dimensional and very memorable. I don’t know whether I liked the style of the film or not? At times it was visually breathtaking and reminded me of the Rosto A.D. short Jona/Tomberry, at other points it just looked a little disappointing.

The one thing a filmmaker should take away and consider after watching Metropia is how important it is to consider all mediums when creating your films. Even though director Tarik Saleh is usually a documentarian, he had a story to tell and decided the best way to tell it was through the use of animation methods and personally I couldn’t imagine this film done any other way…especially on the low budget of 34,000,000 Krona (about £3 million).