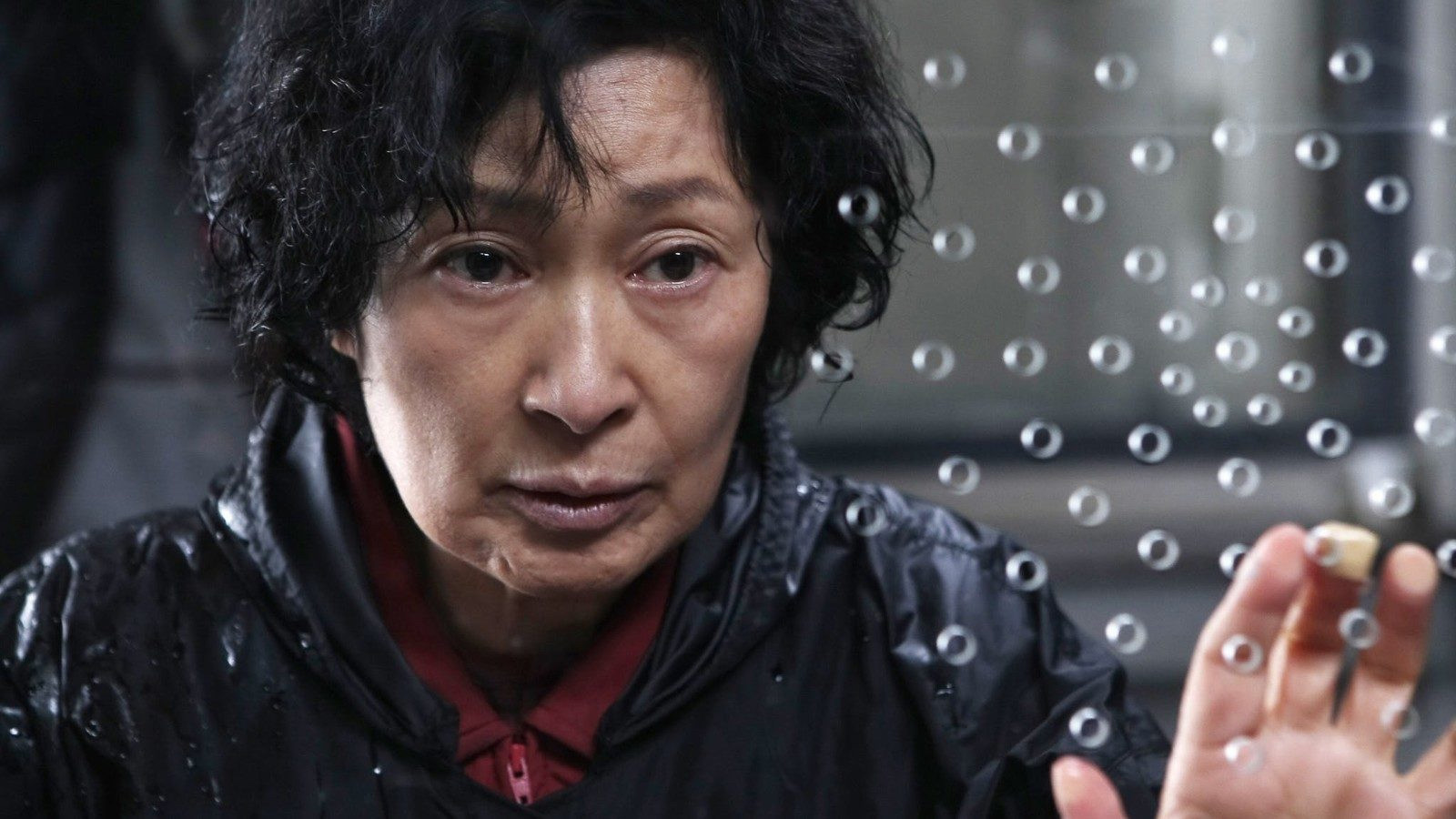 South Korean cinema has been going from strength to strength in recent years and if Mother is anything to go by, then this rise isn’t going to stop anytime soon. Park Chan-Wook has stolen much of the praise for the nation’s growing cinematic power with his Vengeance trilogy (Sympathy for Mr Vengeance, Old Boy and Sympathy for Lady Vengeance) and his recent take on the vampire story, Thirst (Cannes 2009, joint Jury Prize winner). Lurking in his shadow somewhat has been Bong Joon-ho, his police drama Memories of Murder showed the potential of  this skilled craftsman, whilst The Host displayed how to make a successful monster movie with a moderate budget (The Host is a far better film than Cloverfield, Godzilla & Peter Jackson’s King Kong put together). With his latest effort Mother, Joon-ho has once again displayed his deft touch for storytelling with his original take on the murder mystery movie.

Mother is (unsurprisingly) a tale of maternal love and a story about how far one woman will go to protect her only child. The Mother in this case is a quiet, introverted herbalist whose sole purpose appears to be to care for her backwards son Do Joon. Led on by his horny, rebellious friend Jin Tae, Do Joon finds himself falling deeper and deeper into trouble, until he’s engulfed in a serious criminal investigation where only his loving, devoted Mother will fight to clear his name. It’s a refreshing take on the ‘Who-Dunnit’ formula and the story provides moments of shock, humour and raw emotion.

As the titular mother, emphasis inevitably falls on actress Kim Hye-Ja and the film’s success was always going to largely depend on her performance. Thankfully it is a masterful performance, as the veteran actress manages to convey not only the frailties of this lone woman sucked into a male dominated world, but also the strength she conjures from within to save her child.

Mother could almost slot into Park Chan-Wook’s Vengeance Trilogy, as it has a similar feel and a similar plot (the film’s plots all revolve around the title characters’ quests for answers). It’s definitely up to the quality of Chan-Wook’s work and although not as stylish as Old Boy or Sympathy for Lady Vengeance, it’s a confidently made film with some stunning imagery. The camera hangs on Kim Hye-Ja’s face and we see it spread, emotion ridden, across the screen, dominating the frame as often as possible. However, the actress isn’t the only star of this film as the cinematography takes every chance to lovingly display the Korean countryside in full panoramic glory, as we are dazzled with wide tracking shots of fields, forests and mountains.

In all honesty I knew I’d like this film from the opening seconds, I mean if an impromptu dance in a hayfield isn’t going to do it for you, then I don’t know what will.