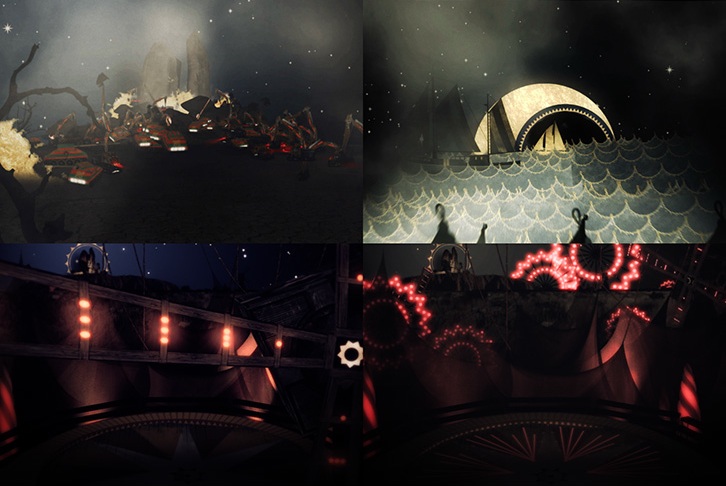 Stepping out from the usual beat of film titles, short films, and commercials, Marcelo Altino Garcia’s studio Molho picked up the commission to conceive and design the set of Opera Dulcineia & Trancoso, Brazil’s first multimedia opera. Premiering in the city of Recife, Molho created 50 minutes of animation for this story of impossible love, battles between machines & people and good & evil; with inspiration coming from Brazilian “cordel” xylography and circus movies from the 50’s.

The clip below looks epic so if you get a chance, catch it during the Brazilian tour.