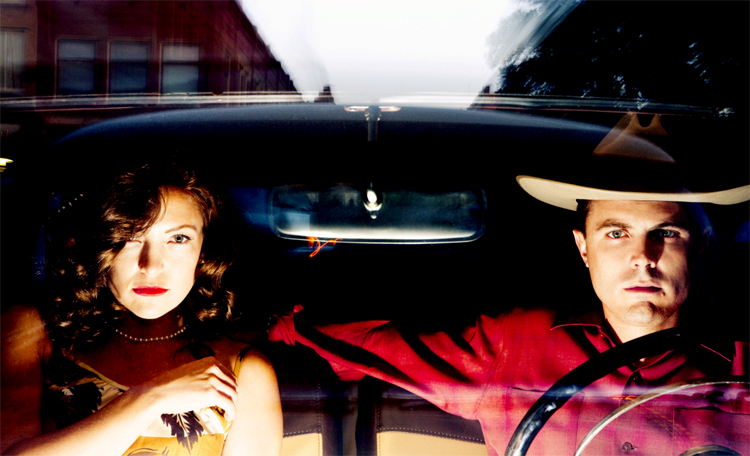 The Killer Inside Me

Every year there seems to be a film doing the circuit that is engulfed in controversy and elicits very strong reactions from its audience. Whether it’s Lars Von Trier’s Antichrist and its “shockingly graphic mutilations”, Gasper Noe’s Irréversible and its “sad, sickening exhibitionism” or Vincent Gallo’s Brown Bunny, branded as the “worst film in the history of Cannes”. This year’s film of debate, looks set to be Michael Winterbottom’s adaptation of Jim Thompson’s novel, The Killer Inside Me, which even before viewing the Daily Mail’s Melanie Phillips described as “turning sadism into entertainment”, suggesting it “may indeed inspire a few disturbed individuals to commit acts of violence themselves” (I’m surprised they didn’t go on to blame Winterbottom for the death of Diana and the immigration problem in England). However, delve beneath the smog of controversy and what you’ll actually discover is a highly polished genre film, overflowing with strong performances.

Winterbottm’s film starts off civil enough with its colourful, retro-styled, Bassesque opening credits and its upbeat kitsch soundtrack, however, the pleasantries don’t last long as we’re plunged into the twisted psyche of deputy sheriff Lou Ford (Casey Affleck). The beginning of The Killer Inside Me almost lulls the viewer into an initial false state of bliss, playing out like a film noir of the fifties, showcasing a world where everyone in a skirt is called ‘M’am’ and if a man is caught with his trousers down, you apologize to him first, before arresting him. Behind Affleck’s crooked smile though, you sense that all is not right with deputy Ford.

The main controversial moment occurs quite early in the narrative and involves the unrelenting battering of prostitute Joyce Lakeland (Jessica Alba) by Deputy Ford. I wont lie to you, this scene is shockingly graphic, it’s very hard to watch and in my opinion probably only comparable to the ‘fire extinguisher’ scene in Irréversible (a sequence I always found more shocking than the infamous rape). In fact, Affleck’s character doesn’t really do any good throughout the film’s 109-minute duration, raping and killing without much afterthought or remorse for his victims. It’s Fords utter repulsiveness and the first person/point of view approach, that for me, softened the blow of this hard-hitting film.

I’ll admit it takes a lot for a film to offend me (to be honest, I can’t think of any movie I’ve watched and been horrified by…..unless you count the time my girlfriend made me accompany her to the cinema to see the Uma Thurman rom-com Prime), but at no point whatsoever during The Killer Inside Me did I find my self, a) siding with Ford or b) inspired to commit a few acts of violence myself. Ford is a psychotic whose actions are vicious and without purpose or thought and if Winterbottom was to underplay this violence, then surely he would be softening these actions and in turn making his main character less loathsome. For me it has always seemed a petty and hugely misdirected act to point the finger at film, music or any other art form for any human shortcomings and I feel exactly the same about Winterbottom’s The Killer Inside Me, I think to focus on the violence and controversy in this film is like focusing on a nettle in a field of roses, the violent acts takes up such a small percentage of screen time and Winterbottom’s creation is so much more than just its brutal moments. It’s a film full of convincing period detail and the ever improving Affleck leads a plethora of excellent performances from the likes of the stunning Jessica Alba and the prolific Elias Koteas. The narrative is an unpredictable labyrinth of twists and turns and you truly never know what to expect next from the explosive Ford.

In summary, Winterbottom has produced yet another daring and challenging film to add to his abundant back catalogue. Many will find the violence too much, many will be disturbed and horrified, but ultimately Winterbottom has only been faithful to a renowned author’s celebrated work of pulp fiction. My advice to those thinking of watching this film, if you’re easily offended then don’t go see it, on the other hand if you’re looking for thought-provoking, debate inducing cinema, this should be right up your street. In all honesty, I’d probably find Sex and the City 2 more offensive.

9 Responses to The Killer Inside Me