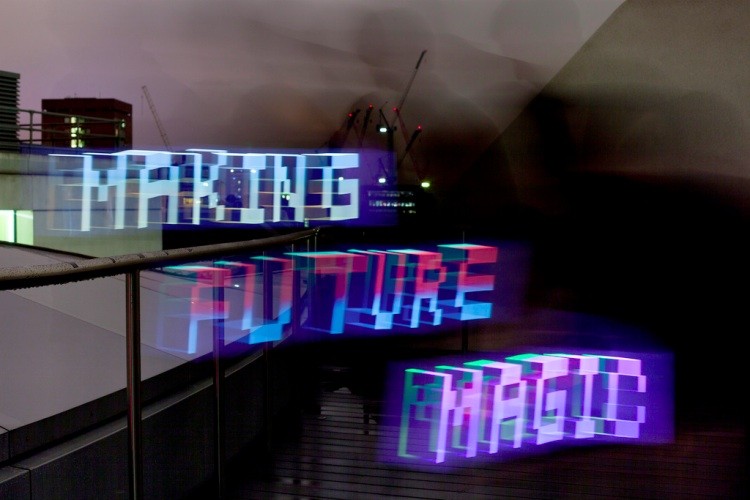 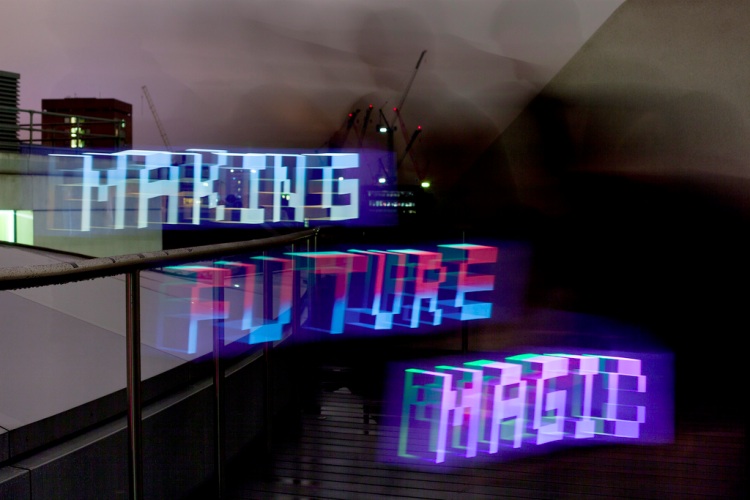 If proof were ever needed about the potential of the intersection of technology and art, Dentsu London in their collaboration with BERG have just provided proof positive:

We use photographic and animation techniques that were developed to draw moving 3-dimensional typography and objects with an iPad. In dark environments, we play movies on the surface of the iPad that extrude 3-d light forms as they move through the exposure. Multiple exposures with slightly different movies make up the stop-frame animation.

I was intrigued to read that iPad Light Painting is part of a series of Dentsu London projects which fall under the moniker Making Future Magic. Wonder what they’ll do with the new nano?