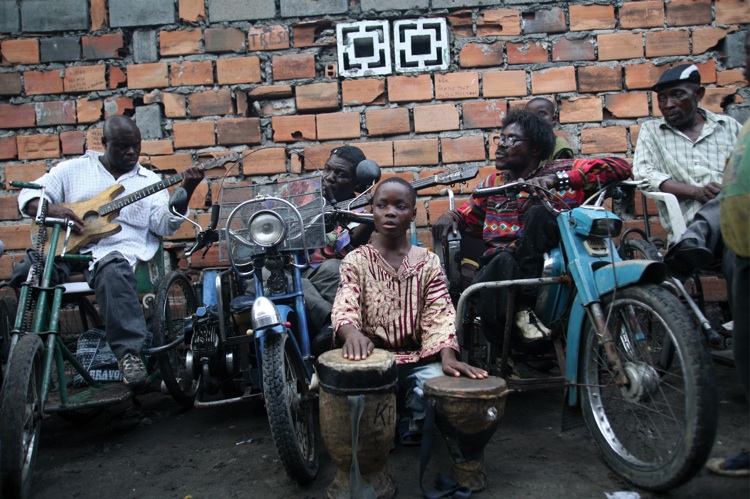 Benda Bilili was the first film I had the pleasure of viewing at this year’s London Film Festival. It follows the street band Staff Benda Bilili, consisting of seven musicians, five of whom are paraplegic, from the most desolate areas of Kinshasa to the five star hotels of Europe.

The opening scenes automatically drag you into the harsh realities of Congolese street life, listening to the voice of a child talking about the prospects of stealing the camera he was being filmed with.  Those three minutes of footage set the scene instantly, helping the audience relate to the songs written and performed by the sweet voiced leader of the group Leon “Ricky” Likabu. Watching him in particular throughout the film was heart warming, he treats the members of the group, especially Roger Landu like his own children. Roger, found by the filmmakers as a young boy on the side of the road playing a self invented instrument which consists of an empty tin, a curved piece of wood and a piece of tightly pulled string, was introduced to Staff Benda Bilili through the making of the documentary and eventually became the band’s main star. 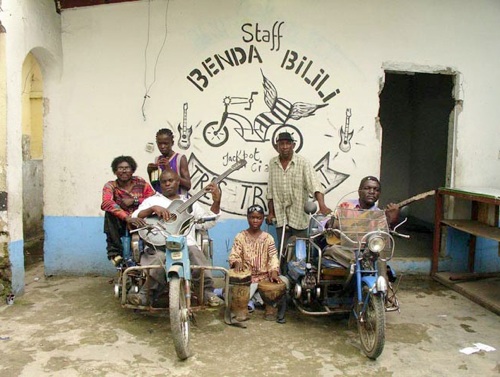 Shot by documentarists Renaud Barret and Florent de la Tullaye over five years, we see Staff Benda Bilili find European acclaim off the back of their first album. All of this was not achieved without major problems along the way, in particular one heartbreaking event which halted recording for two years. One of the loveliest things about this film, for me as a filmmaker especially, is how much Barret and Tullaye have affected the band’s life. It was the filmmakers who funded the recording of the first album, as I mentioned above they introduced Roger to the group and brought Staff Benda Bilili to Europe. The band is full of talent of course and it’s due to this talent that they’ve done so well, yet I think Barret and Tullaye are a credit to themselves for giving this band the kind of break they would have never been able to afford.

Aside from the band projects, Benda Bilili is filled with various conversations between the people and street children of Kinshasa. Conversations of religion, life in Europe and the reality of their own lives are both comical and upsetting in many ways. The presence of these throughout the film make for a well rounded piece that gives you amazing insight into the ideologies of these wonderful people.

Watching them on stages throughout Europe is some sight. One of the members is a breakdancer without any legs, and can’t help but get out of his wheelchair during performances to dance. Their music leaves crowds screaming and the atmosphere and energy they create translates on to the screen. Benda Bilili had me in a mixture of tears and laughter, five years of hard work has paid off for these two filmmakers, they’ve produced and witnessed an incredible journey and I urge you all to watch it at the first opportunity you get.