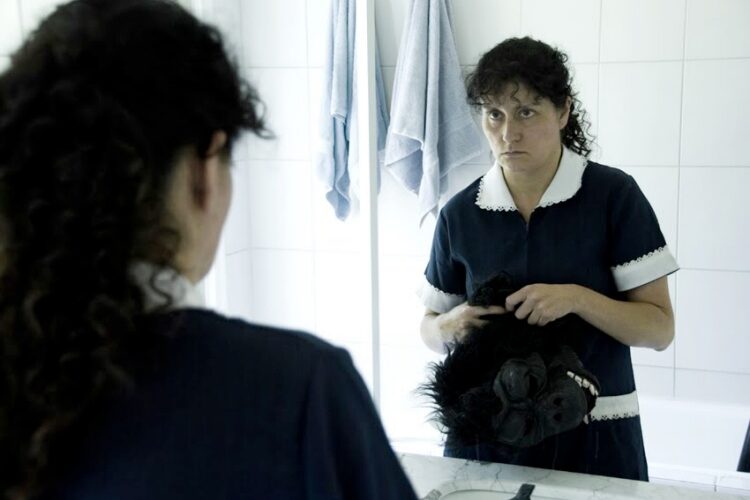 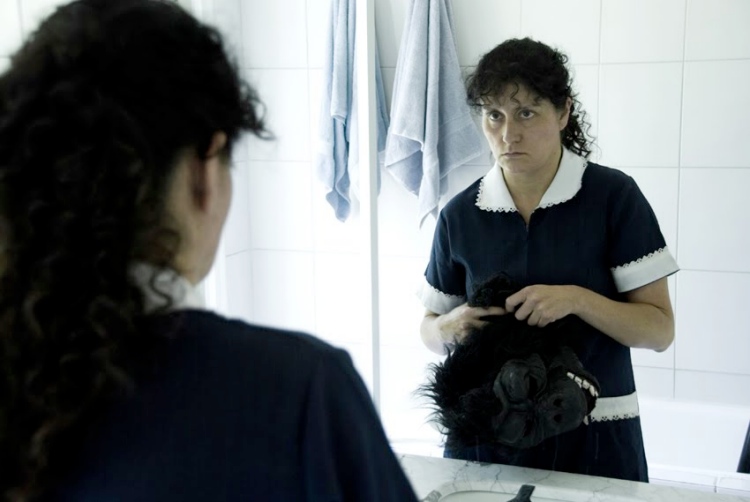 I can’t remember the last time I saw a character as fully-formed and original as the tile character in The Maid, a warm, funny and touching drama from Chile. Raquel, played brilliantly by Catalina Saavedra, is a 41 year old maid who’s been employed by the same family for twenty-five years. At first it’s difficult to see what on earth her employers see in her. She is venomous to their daughter, and miserable to everyone except the oldest son, her clear favourite.

Her eccentric behaviour leads the family to employ extra help to relieve some of Raquel’s workload. Raquel then reacts territorially to this perceived threat and wages a psychological war on her fellow servant. She meets her nemesis in the shape of the matron-like Sonia (Anita Reeves) brought it by her employer’s mother to instill some discipline in Raquel. Perfectly judged in tone, the film portrays a comedic power play between the maids that has you cheering her on through her thoroughly unreasonable actions. 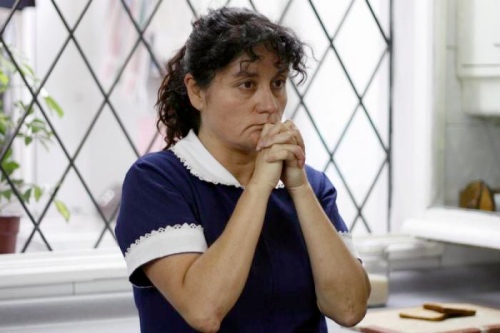 When the family hires Lucy (Mariana Loyola), she refuses to rise to Raquel’s bait and treats her with love. It then becomes apparent that after two decades of servitude Raquel had stopped thinking of herself as deserving of respect or joy and over the course of the film, Raquel’s character is gradually exposed until the viewer is able to see what Lucy saw immediately. In the opening scene the family are celebrating Raquel’s birthday whilst Raquel is doing everything she can to avoid any attention or distraction from her duties, in fact the only time she smiles during the first half of the film is when she is in the background looking at the son, and it’s like a sunbeam through a window. It is a tiny moment but vital because after that first glimpse of something under the surface, all you want is to see her smile again.

If this had been a British film, it would have played as tragedy. If it had been American the comedy would have been too broad and the last act too sentimental. The film is confident that you will simply be drawn into Raquel’s world and the strength of the film lies with how well the role is written and played. Sebastian Silva’s film has comments to make about the role of the maid in a family, but its main message is the more simplistic one that you have to think you deserve happiness before you have any hope of achieving it.

The Maid is released on DVD on the 8th November.