Sound It Out: Adventures in Crowd Funding 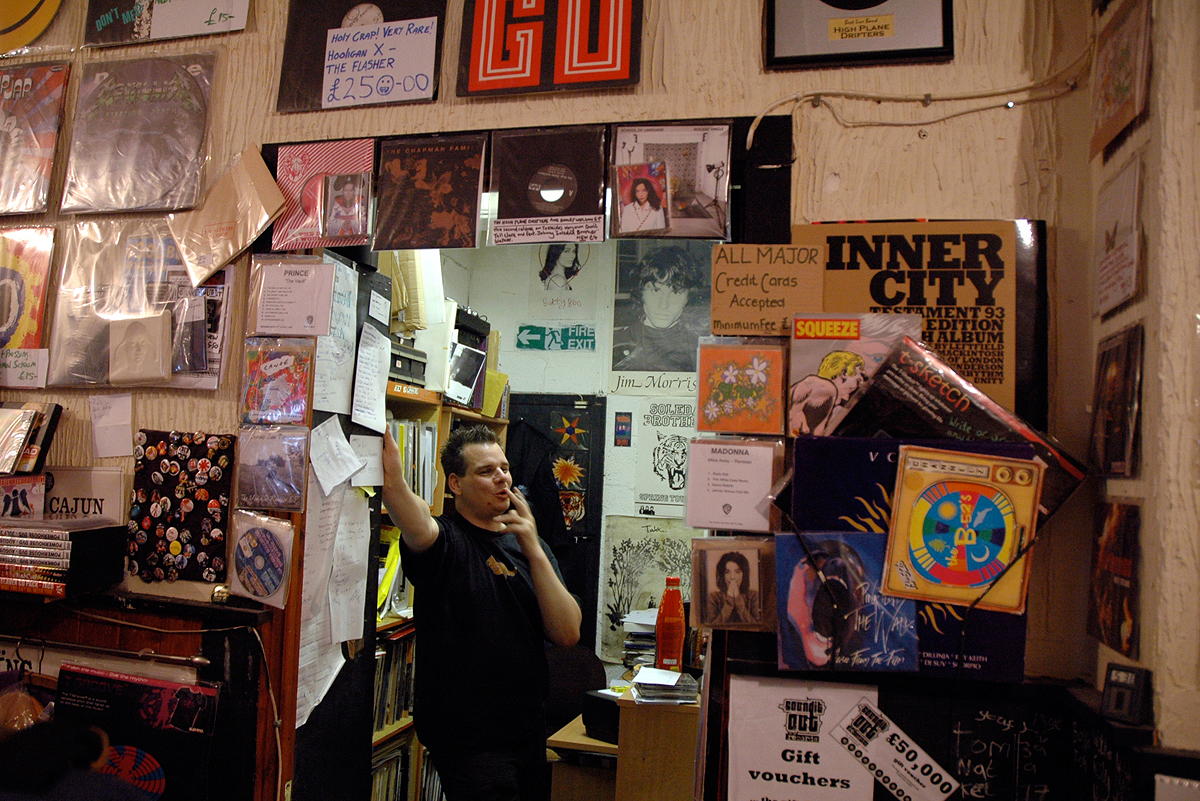 I was at Sheffield Doc/Fest last week and crowd funding was everywhere, I mean EVERYWHERE! It felt like the thing that was being talk about and discussed more than ever before. A year ago it was a vague notion that was on the periphery of my experience but now I’m acutely aware of it as I’m currently in the last 24 hours of my second round of crowd funding on Indiegogo.com with my film Sound It Out. I crowd funded the shoot a few months ago and now I’m crowd funding the post production, my goal is to raise enough money to finish the film.

I also took part in the world’s first crowd funding pitch Seize the Future run by Charlie Phillips. The cash prize was raised by public donation on Indiegogo and awarded to a crowd funded project. We came in tantalisingly close second place.

So What is Crowd Funding?

A “sponsored swim” for independent filmmakers, with perks and pre-sales? A way of getting projects off the ground? The saviour of the film industry?

Sound It Out is a documentary portrait of the very last surviving vinyl record shop in Teesside, which will run at between 45-60 minutes long.

A distinctive, funny and intimate film about men, obsession and the irreplaceable role music plays in our lives.
Think – High Fidelity with a Northern Accent.

Vinyl records are much more than just music – it’s memories and the soundtrack to our lives and the film shows us just that. I can remember the first 45 I bought with my pocket money, the song I fell in love to, and the LP that healed my broken heart, but I just don’t feel the same about an mp3.

Independent record shops are an endangered species and in the last five years alone, 500 shops in the UK have gone to the great high street in the sky. Sound It Out is a cultural haven in an area of the country that’s struggling with recession, government cuts and industrial decline. It’s important to show Sound It Out as a place that is surviving in spite of all of this and its vital place in the community.

As backer #126 Ange Taggart puts it – Why fund Sound It Out ? “Because small shops give us hope“. Olly Wood backer #108 puts it this way: “Click the link, watch the clip, nod in agreement, fund the film. Easy as wink.”

I don’t think crowd funding will work or be suitable for every project, but there were a few things that made me believe it would work with this film:

Niche Audience – Vinyl and record collectors are a large potential audience for the film.

Low Budget – Ideal to raise a “get on with it” budget. There are an awful lot of projects on Indiegogo with aims of raising $25k plus. I think this is a big ask and it’s better to split your film into smaller more manageable chunks. Raise for shoot, post, music clearances, dvd release, etc. separately.

Committed to the Project – I really, passionately wanted to make the film. I’d been filming for about 12 months unfunded but wanted to get serious and spend more time in the shop. I didn’t want to go through the long, slow dance of meeting with broadcasters and trying the raise money the “traditional way” – crowd funding seemed like an immediate way of connecting with an audience and raising a “get on with it” shoot budget. Charlie Phillips at Doc/Fest also convinced me that it could be a good fit for this film. I had nothing to lose by trying it as an experiment!

From the outset I’ve been ambitious to not let the low budget get in the way of how I want to make the film. I asked all the people that I would choose to work with on a fully funded feature documentary. They are all my first choice. They have very generously taken token fees and helped arrange support in kind to get the film finished.

I’ve been overwhelmed by just how much support I have received in order to get the film made – from amazing funders, to record companies and artists who have donated music gratis or very cheaply, Broadway cinema who have donated space to edit and Sally Hodgson who has been working as Producer of Marketing and Distribution (PMD) in an amazing capacity, helping the film find its audience.

I owe it to everyone involved that the film is finished and is good – no pressure then!

I tweeted to see if anyone had any experience with crowd funding. Danae from Indiegogo got back to me within about 5 minutes and was incredibly supportive and helpful. She completely won me over. Also they were one of the few crowd funding sites that used PayPal so I didn’t need a US bank account (unlike Kickstarter).

I met Slava Rubin at Doc/Fest last week. He is a truly positive man who believes in what he’s doing – I have never had so many high 5s in a conversation ever. Sure it’s a great business model – over 12,000 projects on Indiegogo right now, but I think there’s something deeper behind it. Engaging with communities and Doing it with Others (DIWO) was an element that was present when I was making artwork that I missed in filmmaking.

Lessons I Learnt in Crowd Funding

A trailer is not a pitch video!

The main one and a very hard one for me. I had to put my British reserve to one side. When I launched the first campaign I simply put up the trailer and we raised about 10 pence. I attended the Seize the Future workshop by Peter Broderick and Sandi DuBowski and took advice from Indiegogo old hand John Trigonis. They all told me – “Put yourself in the video”. I made a new trailer with me pitching the film and we got some bigger partners on board to help us bang the drum – in particular Record Store Day. It made a world of difference. I now believe that people invest in the filmmakers as much as the project.

DIWO
Find audience and partners out in the world – filmmakers funding other filmmakers is not a sustainable model. Find other people that can help spread the word about your project. Again, a very un-British idea to grasp but essential. It’s planning the PR, marketing and outreach before the film is even made. We’ve tried to reach out to all the different groups of people who may be interested in our film, so we’ve really tried to cast the net far and wide. Friends and family, The North East, vinyl fans, record collectors, customers of the shop, other independent record shops, record labels, flickr groups, press, radio…the list goes on. International Record Store Day have been great supporters and promoted us on their page which has a really big following.

Design good perks that people actually want. You’re not begging, you’re offering something good in exchange for backing and coming on board.

Give Credit
I think it’s really important to say thank you to everyone who supports the project. I built a funders’ page so we can put faces to names and find out why people have funded the film. We have also encouraged everyone who has become a supporter to tell their friends and help spread the word, becoming ambassadors for the project – making our reach much wider than we could on our own.

Any Surprises?
The most surprising moment was connecting with a stranger. In our first campaign Andrew Riggs, a US soldier serving in Iraq, saw the link on Record Store Day and came on board as an Associate Producer with a donation of $2000. It was completely overwhelming and amazing that a stranger would come on board in such an act of faith. His brother works at a vinyl pressing plant in Nashville. He liked the idea that some of the records his brother has made would be for sale in the shop.

What’s Going to Happen to the Film?

The film has been commissioned as an artwork for Sideshow in Nottingham so we’ll be showing a ‘sneak peek’ of the film, along with a discussion event and gig – Das Wanderlust and Russell and the Wolves (Teesside bands who feature in the film) playing live. December 11th 2010.

Sound It Out will be packaged like a 7” gatefold single and released on limited edition DVD for sale in independent record shops in the UK and further afield on International Record Store Day April 2011. We also plan to show the film in a series of hidden-treasure record shops.

Would I Crowd Fund Again?

Maybe…I think so…ask me in 24 hours – see if I made my budget. It is a lot of work, extra different work, in fact all the same work of a fully funded film without the crew or cushion of a film budget. BUT I have really enjoyed talking directly with the audience and just making the film instead of have 50 meetings about making a film, it’s a very liberating feeling that has made me feel like I don’t have to wait in future to make a film. My advice, find the right project, gather your team and give it a go. The surprises are worth it.

Find Sound It Out online at:
Sound It Out
Facebook Page
@sounditoutdoc