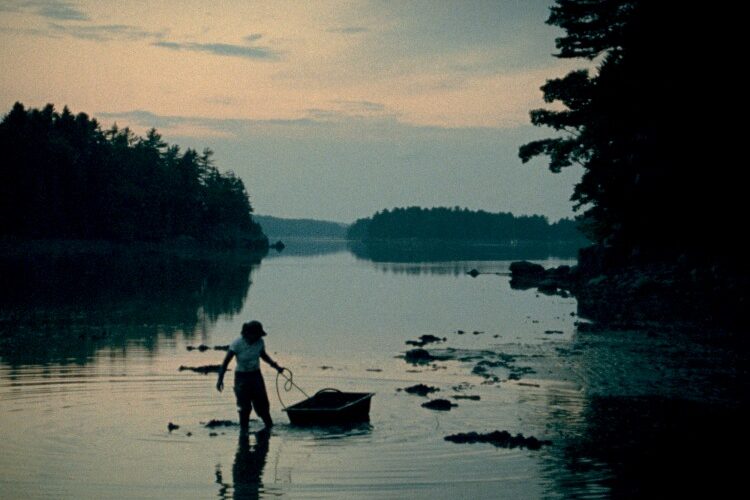 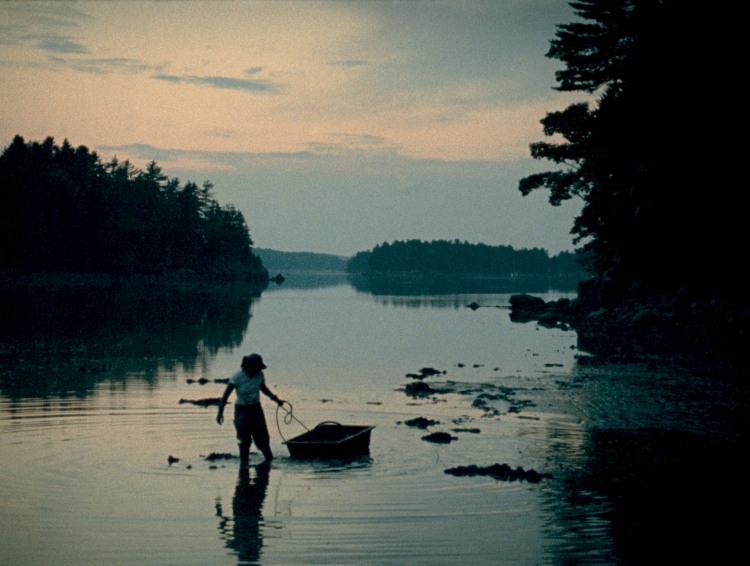 A few weeks ago a review of Ruhr by James Benning was submitted as part of the coverage of the 54th London Film Festival, where I proposed Benning’s work as an extreme example of contemporary slow-cinema. Yet the six shots in Ruhr is overkill compared to Double Tide, where director Sharon Lockhart, friend and collaborator of Benning’s, offers the grand total of two shots in her new feature-length project.

Double Tide frames Jen Casad, who endures the arduous and quotidian task of digging clam out of the coastline of Maine to sell at markets. The two shots, hardly differentiable as Lockhart merely positions the camera at a slightly different angle and distance to capture the same exercise at dusk and dawn, are virtually interchangeable in their content. The decision of dividing Double Tide into two with a black leader, instead of compressing it into one shot, suggests the cruelty and beauty of the nature of repetition; together with Jen, the viewer is forced to undergo virtually an identical task of viewing what they’ve just seen, for better or for worse.

The task of watching this film itself feels laborious at first, but much like the process of watching Benning’s work, once we allow ourselves to be captivated by the pace, flow and patience of Lockhart’s presentation the act of viewing Double Tide verges on becoming an exciting experience. We begin to notice minute details of the environment Jen inhabits, including the movement of water in the puddles of the foreground, the quiet shuffles of the trees, and the way light shifts and overbears with the rise and fall of the sun. Our eyes begin to play optical tricks, pretending that the camera has shifted position, and our eyes begin to wander on to lose sight of Jeni’s silhouette. The rhythms of her squelching footsteps gradually diminish as she vanishes further and further into the distance, where we lose all sense of tangible pace and mechanical time, lost in what seems an eternal black hole of durational experience; “my methodology in filmmaking is to unravel the expected trajectory of time”.

The film could easily be found as a moving image piece for a gallery, a museum, yet such a mistake would contravene the journey that is Double Tide. The duration of the piece, and fixed nature of film spectatorship, is of paramount importance for the experience of Double Tide, where the viewer is provided with the rare opportunity and mental capacity to be able to contemplate and ponder. Here, Lockhart bridges the borders of fine art and film, documentary and subjectivity, to pinpoint the essence of the cinema. It is a reassurance that Double Tide, along with Benning’s Ruhr, are able to capture the purity of the cinematic experience with the digital, when cynics are busy moaning and lamenting the death of cinema and cinema-going in the contemporary experience.