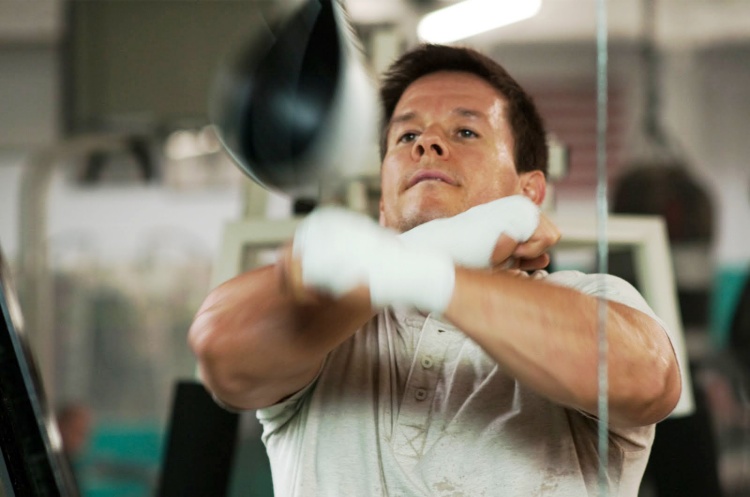 In the genre of sport movies, the boxing movie is king, the undisputed champion. In fact nowhere are the recurring themes of sport movies more prevalent or integral. Boxing provides expression to the inarticulate, allows the underdog to achieve, invites relationship-fracturing obsession and is rife with politics- all essential ingredients of the genre. David O Russel’sl latest film does not shy away from these clichés, it simply works within them as well as it possibly can. Is this is a problem? Why should it be? Genre movies regularly achieve greatness. Westerns are strengthened by their confined narrative parameters so why not movies where the frontier is a pitch/ring/court?

Russell may be the one behind the camera, but The Fighter is Wahlberg’s baby. He’s wanted to get the true story of middleweight “Irish” Micky Ward onto the screen for years. The film follows the career of Ward and, more interestingly, his relationships with his family, friends and girlfriend. It’s in these relationships where the real drama of the film is played out. The film avoids the melodramatic, and puts three-dimensional characters in situations reflecting the humour that exists in even tragic lives.

The film’s acting Oscar nominations are well-deserved. There’s Christian Bale’s showy performance as Micky’s crack-smoking half-brother and coach Dicky. With his manic demeanour and wild-eyed stare, it’s easy to dismiss it as one of those over-the-top turns that screams ACTING too loudly but this is a fully inhabited character and one whose balance of comedy and tragedy sets the tone of the whole film. The real Dicky is larger than life, and Bale captures him in all his charismatic glory. Besides, the film couldn’t rely on Wahlberg who plays inarticulate, sensitive and moral, which is convenient since it’s rapidly becoming his one-size-fits-all approach to dramatic roles. Luckily, it’s what’s required in a film about two men with talent but an ignorance of how to apply it.

The Fighter may be about a sport reliant on male physical power but all the alphas of the film are female- from Amy Adams’ convincing turn as the supportive and assertive partner, to Melissa Leo’s aggressively devoted mother. Leo’s performance could so easily have just fallen into ‘psychotic protective mum’ territory but she engages far more than that. Rather than simply being a device to produce the emotional conflict necessary for us to care what happens to the leading actor, she gives the character genuine depth. You may not agree with her decisions but you sympathise with her motivation.

Ultimately it’s these performances that lift the film up from being a standard biopic. That’s not to imply this is just an actor’s movie. The script is credited to three writers, none of whom have previously produced anything of this quality but the dialogue here is smart, funny and strikes the perfect tone. It may not be the masterpiece that some have suggested, and it sits rather uneasily with some of its fellow Best Picture nominees, but it’s definitely one of the better films of the last twelve months. It is also undoubtedly the best one to feature not one, but two training montages!