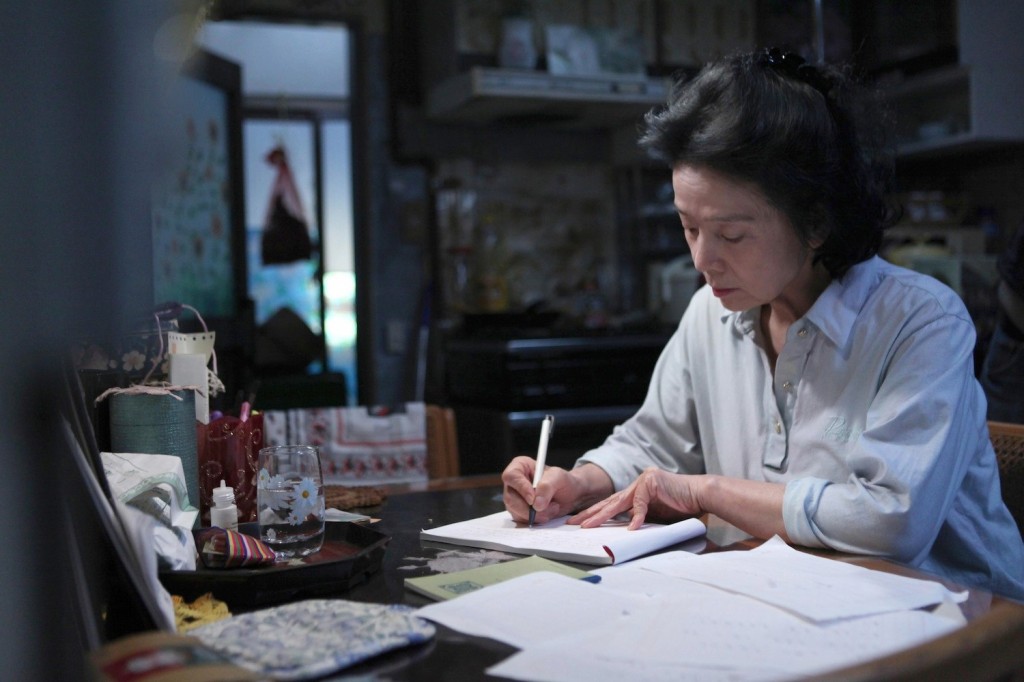 When Yang Mija, performed with exquisite passion by veteran actress Yun Jung-hee, begins attending a local poetry class to attend to her late-life ennui, she is advised to observe the small things in life for poetic inspiration. She starts to look out for the dancing leaves as the branches shake and monitor the flowers that colourfully shape her routine routes, seeking a pure moment of creation to scribble onto her white pad. Even when her domestic reality gears towards a distressing tilt, Yang continues on with blissful oblivion, absorbed in her newfound passion, seemingly in denial of her world collapsing around her: or so it seems.

Lee Chang-dong, director of Oasis and the much-admired Secret Sunshine, quietly documents the rhythms of her life as they turn into prose, the repetitions of her daily tasks as they slowly darken their tone. She feeds her grandson on behalf of his single mother, tends to an old disabled man for her part-time job and busies herself on her mobile phone. These multiple narratives coil around her, always returning to haunt her in the moments she searches for tranquil solitude to begin her verse, and we are left to wonder whether she seeks to forget through immersion into poetry. Her grandson’s misdemeanours, implicating on a suicide of a teenage girl, evidently jolts her but not discernibly so, ostensibly cast aside.

Each sequence laid out is patiently paced and, circular in their very nature, echo against each other and spiral into painful territories, indicated only by minor signals of disturbance to Yang’s quotidian repetitions. Lee teems his screen with visual echoes that resonate and, like the floral patterns on Yang’s dress, merely exist not to call attention on itself. Hints into descent simply exist in the air, and Lee cleverly refuses to use musical cues to for intimation. Her notepad not as blank as it seems, the people who surround her, and Yang herself, are revealed to be capable of darker feelings than what can fill her pages, thoughts too complex to put into words.

When diagnosed with Alzheimers, we realize her memories, verbs and noun are slipping through her grip. Lee’s long-shots and long-takes not only allow us space to ponder, but translate her unvoiced or forgotten words into moving images, an alternative form of communication to written or verbal poetry. Unable to express herself, a failure as a poet, her quiet gestures, gentle gazes and tender pose, transforms themselves into prose as they rhyme with Lee’s camera.