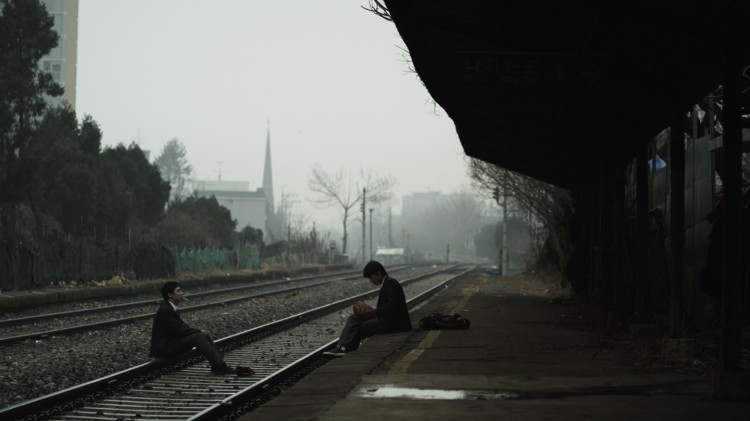 Another astonishing Korean debut on the International Film Festival Rotterdam’s Tiger Awards line-up was Bleak Night, written, edited and directed by the 28-year old Yoon Sung-Hyun. In fact, not only is Bleak Night a remarkable first feature, it was submitted as a final project for the Korean Academy of Film Arts, KAFA, and thus, could be categorized as a student feature. It is astounding how accomplished, mature and confident the result is with this in mind but it is only to fair to judge Bleak Night on the same level plane alongside the other titles of the festival, and this is what it deserves.

Non-chronological storytelling is nothing new to viewers of contemporary cinema, particularly in recent years where it seems the only available manner of expression to capture the multi-directional, simultaneous and general clutter of the postmodern experience across the planet. Neither are stories of youth violence nor bullying, especially in recent Korean cinema, anything we have not yet encountered. Despite these initial setbacks and potential banalities, Bleak Night succeeds in offering us nothing exactly new, but something with a drive, pulse and emotional vigor. Bleak Night tells a story of three best friends at high school and the gradual disintegration of their tightly knit friendship that leads to the tragic consequence of, you guessed it, suicide. The boy’s father is compelled to investigate the origins of his son’s self-destruction and, acting as our surrogate, leads the narrative inwards to unravel its emotional core. What he finds, or more accurately what we find as the narrative device of the father is rather abruptly abandoned, transcends its high-school dramatic framework into emotional spaces rarely so vividly portrayed in this tired genre. 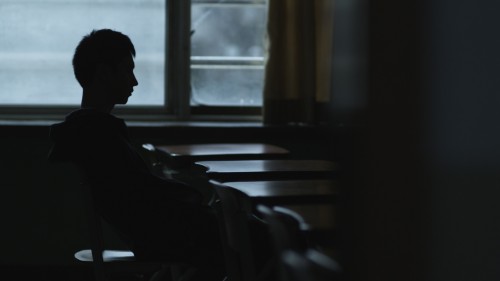 The three protagonists, Ki-tae, Dong-yoon and Hee-june, all embody stereotypical roles of the bullied, the mediator and the bully, yet as their stories unwind in increasingly disordered fashion, their personalities are revealed to have some flesh behind the skin. In an interesting reversal of norms, the suicide case is not the victim but the perpetrator himself, whose transformation from fragile adolescent lacking parental support into a cold bully is told in reverse order, challenging our immediate response-systems that want to confine characters in boxes. All three are responsible and victimized in equal measures, and the narrative trajectory and ordering of plot cleverly play with these expectations. Each character’s temperatures within the narrative oscillate, one becoming the protagonist before being replaced by the other, in such seamless fluidity we scarcely notice. The boys are not in the hood, and instead are sensitive and delicate despite their thuggish demeanour and, as a friend of mine pointed out, perhaps characters we usually find and despise in teenage ‘girl’ films like Mean Girls. Yet in a film with such boiling machismo this emotional openness is refreshing, and the characters react quite brazenly to the slightest gaze, tonal shift and seemingly menial but suggestive mannerisms in a way rarely envisioned in films that revolve around male teenagers.

Although neatly executed, at times the editing left no surprises and felt too self-explanatory, leaving little room for narrative ambiguity that the film might have benefited from. Each question raised felt answered with a jump into the past in a way that clearly disclosed the editing had already been configured during the script-writing process. The father figure was also entirely unnecessary, pulling the story out of the orbit that should be circulating around the three protagonists, adding needless perspective from a story that is anchored in the adolescent mindsets. Yet the film shows exhilarating promise, with mature characterization that manipulates our emotional sympathies through calculated revelations. We are never felt exploited, however, and are carried along the journey that, we know from the beginning, will end in somber consequences.