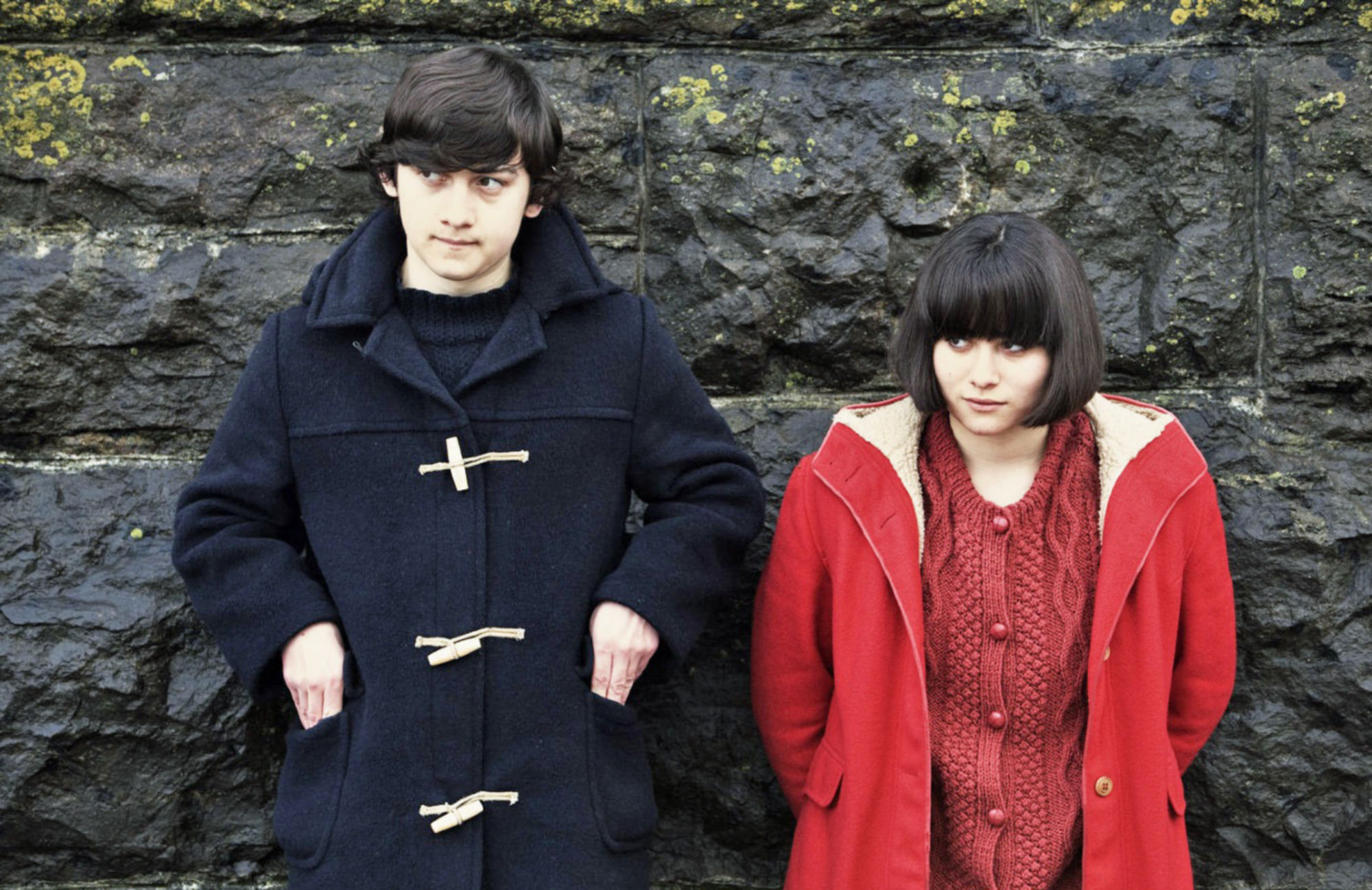 It just goes to show that if you piss and moan about wanting to see something enough (i.e. stating to whoever will listen every time I walked past the poster on the tube that I wanted to see that. Even if I was alone. To strangers. And the tube is pretty saturated with said posters a the moment. Imagine that. Yes. Quite.) the Gods of film and ponce will smile down upon you and say, “Ah underling of very boring job – today I shall put you in the way of a screening with 10 other people in very comfortable arm chairs.” And so it came to pass that I settled myself down for 90 minutes of loveliness.

Submarine is the new film from Richard Ayoade (him from that there IT Crowd, Nathan Barley and Garth Marenghi’s Dark Place as well as director of Arctic Monkeys’ and YYY’s videos) in conjunction with Film4 and Warp. Warp Films have a pretty much flawless record in my opinion and so I had high hopes for Submarine.

Briefly, it is the story of Oliver Tate, a 15 year old in a nameless Welsh town in an unspecified time. The films follow his attempts to lose his virginity and stop his mum (Sally Hawkins) having an affair with a mystic ninja (Paddy Considine complete with epic, epic hair and some very squeaky trousers).

I loved this film from start to finish. When asked what my favourite part of the film was I replied the colours – more precisely the colour saturation. It seemed almost like it had been filmed on really old film and (not surprisingly) the Arctic Monkeys’ video for Fluorescent Adolescent sprang to mind.

All the actors are excellent but that’s no surprise as the calibre is pretty high. Paddy Considine is just hammy enough to be funny without rendering his performance farcical. Noah Taylor and Sally Hawkins are ace as two people who have accepted their fate as a married couple who don’t really have much in common anymore. The actor who plays Oliver, Craig Roberts, and his girlfriend, Yasmin Paige, are as good as the established adult actors and hold their own.

The film has been described as a coming of age film and I guess that it is. I tend to associate coming of age films with the main character learning something about himself that changes him completely. I don’t think Oliver does this in the film. He just learns to be less of a twat. After behaving like a massive twat. Even when he did something supremely stupid I wasn’t rooting for him to right his wrongs for himself but for the sake of the others around him. But then all 15 year old boys are twats and for that reason there is no doubt in my mind that this is hilariously well written.

And for something completely different – a three word review: