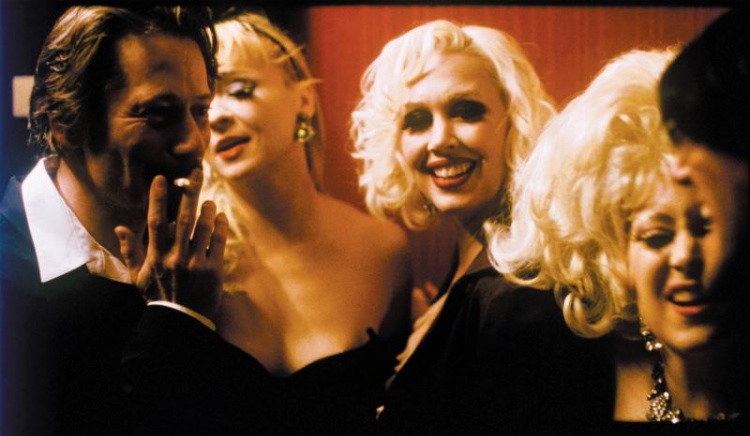 Burlesque has become a strangely popular form of entertainment over the last few years. It’s no accident that the renaissance of this tasteful type of titillation has coincided with the rise of freely available hardcore pornography on the internet. It represents a humour and innocence that isn’t found in an increasingly aggressive adult entertainment industry. Burlesque has risen to dizzy and profitable heights by appealing to those who are happy to see the lines between eroticism and humour blurred. It has taken the place of 1970s screwball sex-comedies. On Tour takes delight in shining a spotlight on that boundary but is more concerned with what happens when the curtain is drawn. In 2010 there were two films about burlesque, but unlike the Aguilera vehicle, Mathieu Amalric’s film understands the appeal of trash and is liberated by its low budget. How can a film about burlesque be anything but cheap?

Amalric directs, writes and plays Joachim, a washed-up manager bringing together an American burlesque group to do a tour of his homeland France and in doing so prove himself to his showbusiness ex-partners. The narrative of the Joachim’s personal journey provides the scripted structure for the film, whilst the playful chaos of his burlesque troupe brings the lightness of mood for much of the film. For the final act the plot centres on the relationship between Joachim and and his most experienced attraction Mimi Le Meaux. 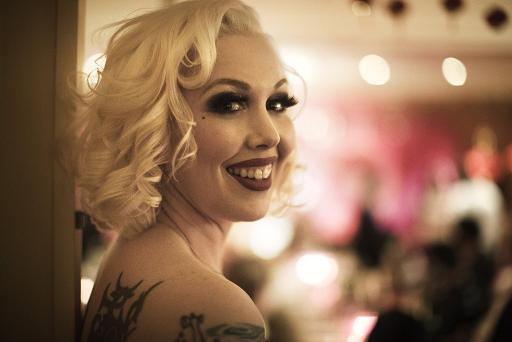 Amalric’s movie is well directed and beautifully shot, whether it’s the on-stage acts or location shots. The performances are naturalistic- these clearly aren’t trained actresses and are all the more watchable for it. He seems to have allowed the girls to improvise and whilst they’re on screen the film is alive with energy. Their camaraderie is infectious and they are the most grounded people in the film. The flipside is Joachim’s desperate attempts to recapture his alluded-to ‘glory days’. The film deliberately avoids giving too much information about how he came to his current position and, as unusual a complaint as this is in today’s exposition-heavy times, a bit of back-story wouldn’t have hurt. By the end of the film there’s the inescapable conclusion that if he had just let the girls (who are all genuine burlesque performers) do a tour and simply film the results, then as a documentary his film would have had more pathos and more laughs than the fictional piece.

That’s not to say the film isn’t enjoyable in its own right. The relationship between Joachim and his stars is wonderful as he gradually loses control over the tour and the performers become more maternal towards him. There are two worlds on display, the one Joachim is trying to create and the one he is trying to over-write. The audience want the same outcome as Joachim; him because he wants his reputation restored, and the audience because they want to see the girls on a stage big enough to contain their ample presence.