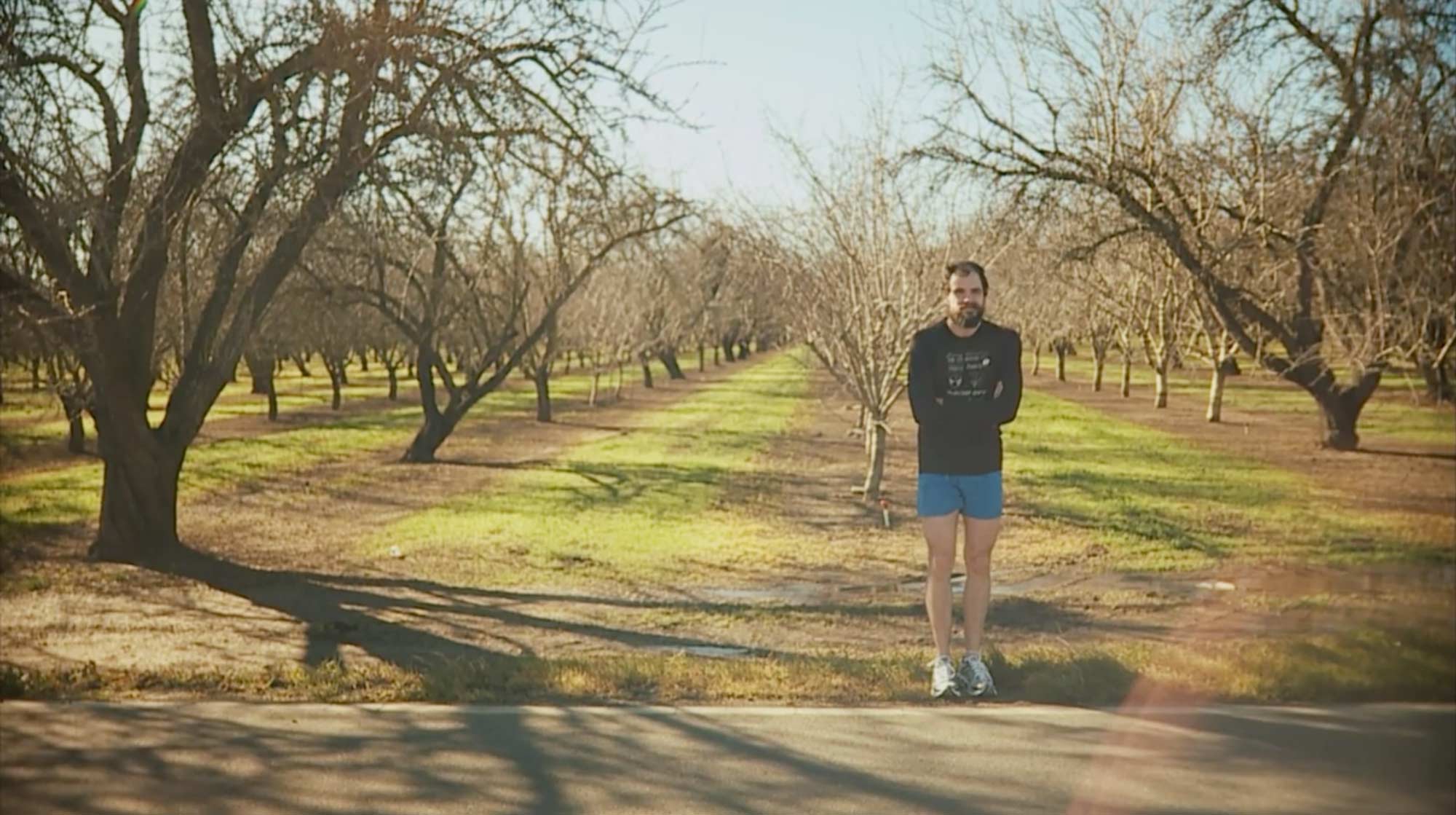 Sean Dunne has become some what of a favourite of mine in his chosen specialist field, the short documentary and with his latest film Stray Dawg, he has managed once again to capture of vivid snapshot of life in just 15 minutes. Stray Dawg manages to be that elusive combination of 1 part music documentary and 1 part sports documentary, as we follow underground country music legend Jonny Corndawg on tour down the California coast as he braved injury and isolation on his quest to complete the Surf City USA Marathon.

Meet Jonny Corndawg, the underground country music legend. A born-and-bred Virginian, Jonny has played on five continents in as many years and every state in the lower 48. Now Jonny has given himself over, heart and heel, to the world of Running.

Like most country musicians, Jonny spends more time on the road than on terra firma, more on stage than off, but with all that, Jonny is gaining a name for waking up daily, before and after every show, and burning ten miles while bandmates sleep off their evenings. Imagine Hank Williams Jr. from the belt up, Steve Prefontaine from the waistband down, throw in a gallon of water and a knack for showmanship, and what do you get? One of the great American vitalists, Jonny Corndawg.

Dunne’s films, though brief, manage to always take you on a rollercoaster ride of emotions, leaving you feeling elated and inspired one minute and then dejected and contemplative the next. However, whenever I’ve finished watching his films, the over-riding feeling I’m left with is hope, hope in humanity and hope in life and this is all the evidence I need in assuring me what a talented filmmaker Dunne is.

If you haven’t watched any of Dunne’s films before, be sure to check out The Archive and The Bowler to see what he is all about.