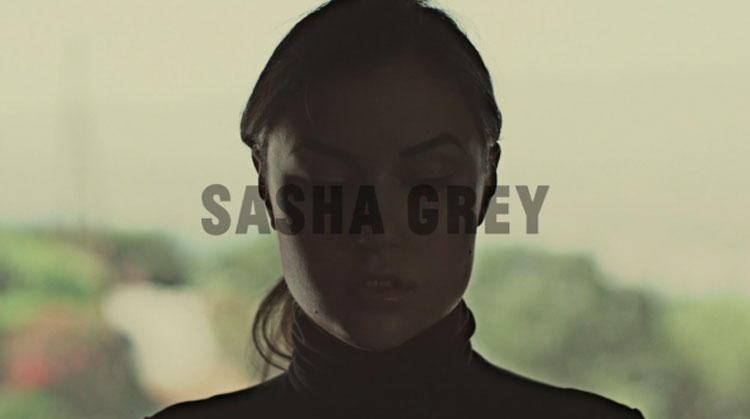 For those of you not familiar with the name Sasha Grey, it was once a name synonymous with the arena of ‘adult entertainment’, Grey has now left that world and has made the rare progression into the world of TV and film acting starring in Steven Soderbergh’s The Girlfriend Experience and HBO’s Entourage. Celebrating this transformation in an elegant portrait, artist Richard Phillips paints a beautiful and serene image of Grey that may be very different to the character many have seen her portray in the past.

“For my film portrait of Sasha Grey, I wanted to focus on her expressive and psychological transformation into a cinematic actor, separate from the cues that have associated Sasha with her previous career as a performance artist working within the adult film world.” –Richard Phillips

“Lindsay has an incredible emotional and physical presence on screen that holds an existential vulnerability, while harnessing the power of the transcendental—the moment in transition. She is able to connect with us past all of our memory and projection, expressing our own inner eminence.” -Richard Phillips