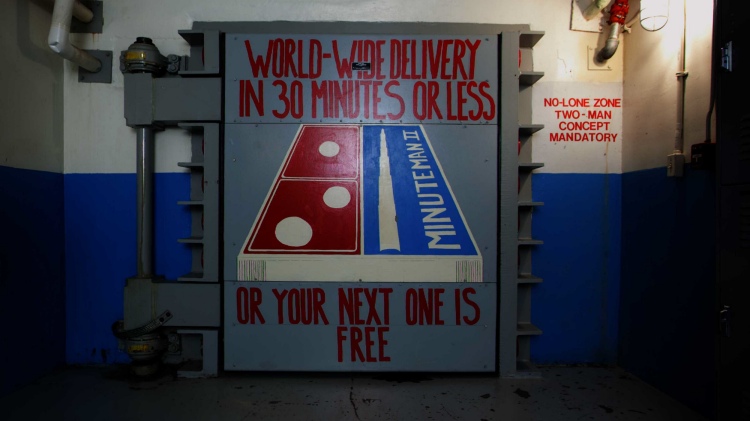 Even if you don’t quite buy the American version of events, it’s hard to deny that the death of Osama bin Laden earlier this year was, to all intents and purposes, good news. But not for Lucy Walker. The director’s latest documentary Countdown to Zero – about the history of the atomic bomb, the escalating nuclear arms race and the thread that the world as we know it is hanging by – relies on the threat of terrorism, and very specifically Osama bin Laden, for much of its most scaremongering narrative. Discussed in the present tense by many of the film’s key interview subjects, and always with a sense of prescient jeopardy, the Atomic-Osama combo (and the most relevant and real sting in Countdown to Zero’s) is undeniably weakened without Osama still living and breathing.

Fortunately, the nuclear disarmament agenda has potency to spare by the silo load, and Walker tidily tows the party path in her neat (arguably too neat) dummies guide to the topic. Using a portion of President John F. Kennedy’s 1961 speech to the General Assembly of the United Nations, the documentary is overtly structured around the pillars of “accident… miscalculation [and] madness” that he claimed capable of cutting the “nuclear sword of Damocles [that hangs over] every man, woman and child… by the slenderest of threads”. This elementary ‘ABC’ building block approach undoubtedly allows Walker to guide her viewer through the subject step-by-simple-step, and although it expresses the film’s underlying message with absolute clarity, it’s highly unlikely to set any documentarian hearts racing from a form perspective. It’s not too surprising to discover that producer Lawrence Bender was developing the idea for the film around the time that Al Gore won the Nobel Peace Prize thanks, in large part, to (Bender co-production) An Inconvenient Truth – another potent plain Jane in documentary’s recent agenda-driven history.

Despite the crude simplicity of Walker’s delivery system, and in perfect keeping with the missiles that dominate her film, Countdown to Zero’s explosive content is what counts, and it manages to terrify, depress and energise in equal measure. It might be significantly less terrifying if the dummies guide didn’t extend to a how-to of nuclear terrorism – indeed, if you want to learn how to find, buy, smuggle or build nuclear bombs, this is the perfect film – but there’s a fine line between the benefit and detriment of comprehensive, reliable information (Wikileaks, anyone?) that the film is forced to tread, and does so about as carefully as it can.

With an agenda as crystal clear as its narrative vessel, and a soundtrack that manages to rouse a glimmer of hope out of every interview subject disyllabically demanding zero – how could a combination of Radiohead and Israel Kamakawiwo’ole’s version of ‘Somewhere Over The Rainbow’ ever fail to rouse anything? – Countdown to Zero might just prove that neat and tidy, sometimes, wins the race. Unlike the reason behind its Osama-shaped Achilles heel, the film probably won’t go down in history but, shooting or discounting the messenger aside, if the message gets through and has an impact then who, exactly, will be complaining?

Countdown To Zero premieres across the UK tomorrow on Demand Zero Day. Find a list of participating cinemas after the jump.