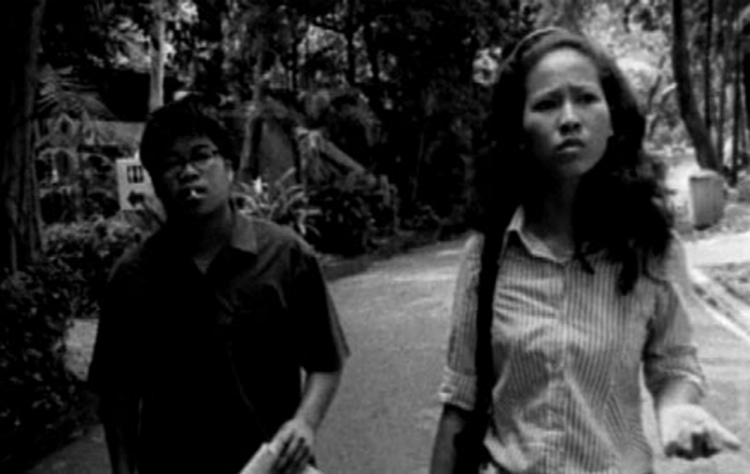 Programmed as part of Edinburgh’s ‘Perspectives’ strand of “classic and rarely seen films”, Thai arthouse director Apichatpong Weerasethakul’s debut feature Mysterious Object at Noon, was made, says Weerasethakul, with no money and no plot. It’s an approach that suits Weerasethakul’s sensibility well. The work is a tapestry of a film, made using André Breton’s exquisite corpse technique, in which one person after another continues a story without knowing what has gone before. Translated from literary to filmic creation, the technique renders itself on screen in the sort of structure Richard Linklater has referred to as ‘baton-passing’ (Linklater’s own Slacker is a good example, though in Mysterious Object the passing of the baton carries a continual narrative along with it). The weaving of this particular tapestry took place in 1998 on a journey from North to South Thailand, with the colourful locals providing the various threads for the film crew as they travelled from village to village. The resulting film, therefore, is part road movie, part documentary and part fable. It’s an intoxicating mix.

One of the film’s most arresting sequences comes near the very beginning, when a young woman reveals how her Dad sold her to her Uncle for the cost of the fare for the very train he would take to abandon her. From this heart-wrenching real-life tale, Weerasethakul leads the girl into telling us a story, and she begins the chronicle which will become the body of the exquisite corpse. Here the film shifts from its documentary form to a filmed imagining of the girl’s tale of a disabled boy and his teacher. This fictional material will be interwoven throughout the film with further documentary footage which includes, towards the end, footage of the actors talking to Weerasethakul between takes – there is no illusion here, and the film never pretends to be anything other than it what it is: an experimental exercise in storytelling. 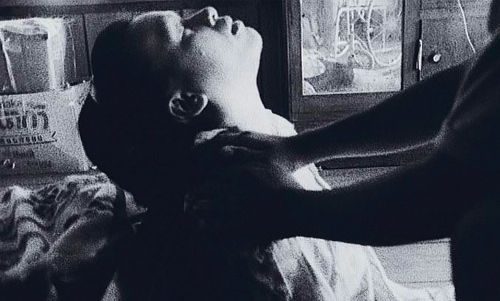 But even when the focus is on the increasingly bizarre tale of the disabled boy, the film is as much about the people telling the story as the story itself. Indeed, even the subtle differences in vernacular of the various speakers is revealing of their attitudes: take, for instance, the way a group of teenagers refer to the disabled boy as ‘cripple boy’. The teenagers’ self-conscious embarrassment at taking part is also made clear when they admit that their contribution is not really connected to what’s gone before and that they’re making it up on the spot. This is in sharp contrast to the playful confidence of the villagers that act out their segment of the story as a theatrical performance for the local children.

In the end, the film’s greatest achievement may well be that that it manages to cohere its disparate elements into an engaging whole. The haphazard nature of the film means that its textual richness can’t help but feel accidental and unconstructed. Of course, nothing in film can ever really be said to have these qualities inadvertently, and there’s a genuine poetic craft at work in the film’s layering. In fact, the film’s only major misstep is its placement of the ‘end’ credits quite some time before the end of the film – while it’s all well and good to play with audience expectations, this has the effect of making the final moments drag somewhat. Yet this is a minor quibble in a film which remains an entrancing and beguiling experience throughout.