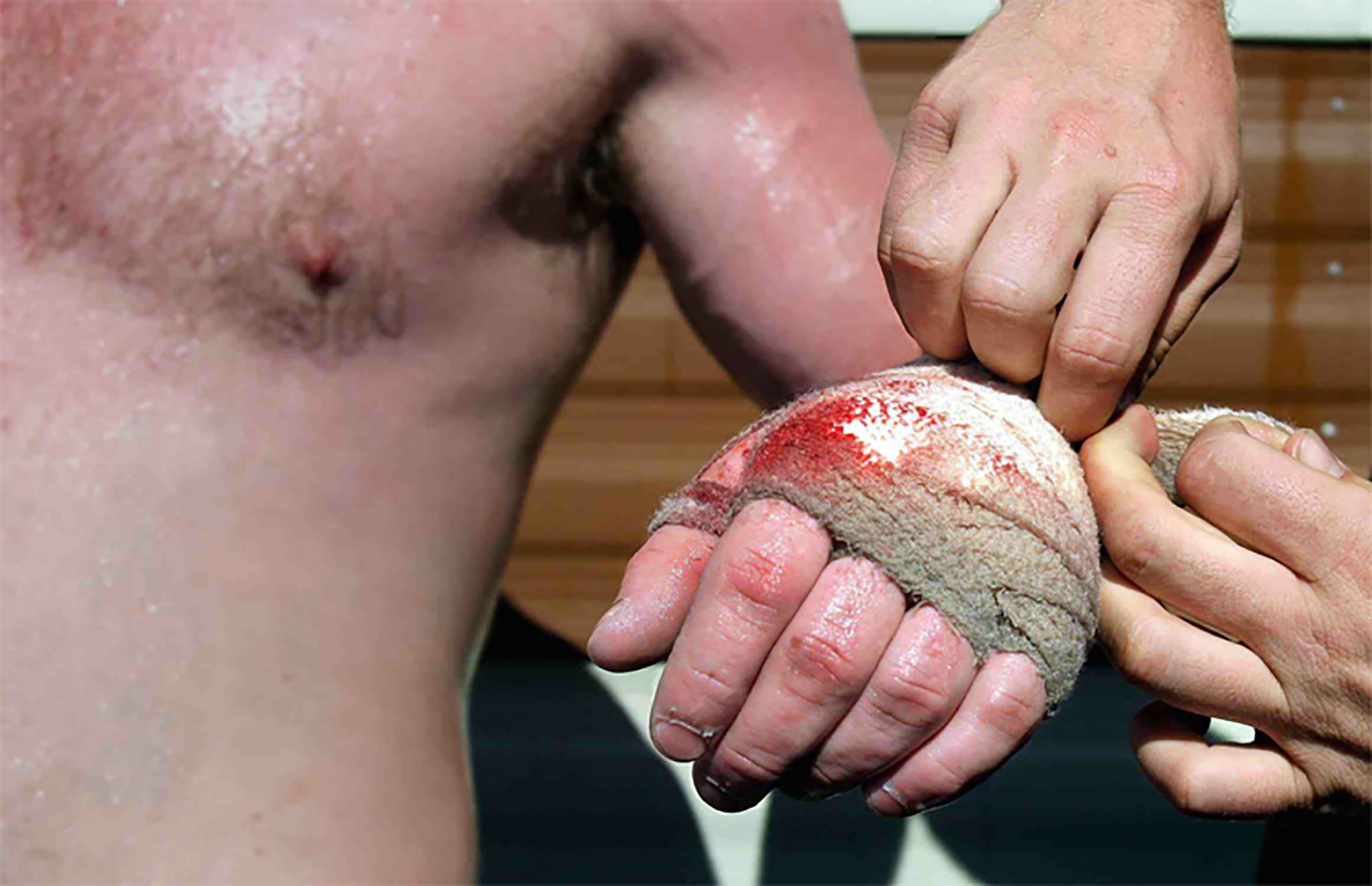 The boxing film has become somewhat of a staple of the Hollywood film industry and with this year’s Oscar success for David O. Russell’s The Fighter they don’t appear to packing any less of a punch. The Fighter’s critical acclaim follows on the recent(ish) success of other boxing films, with the likes of Michael Mann’s Ali and Ron Howard’s Cinderella Man picking up Academy Award nominations and Leon Gast’s riveting When We Were Kings deservedly picking up a Best Documentary Feature Oscar. However, it now looks like filmmakers might finally be taking the standard boxing film formula and trying something new. This year not only see’s the release of Gavin O’Connor’s Warrior, a film that looks and feels like a boxing movie but actually centres around the world of mixed martial arts, but also Ian Palmer’s bare knuckle boxing documentary Knuckle. At first glance, Palmer’s feature may not seem to have much in common with its big budget, fictional counterparts, but delve deeper into its narrative and what you find is a story of a fight for survival and a battle for honour.

Bare knuckle boxing may date back almost 300 years, but Palmer’s documentary isn’t too concerned with the sport’s beginnings; instead the filmmaker focuses on a 12 year feud between the Quinn McDonagh and Joyce clans and his embroilment in this bitter rivalry. Palmer’s involvement with the Quinn McDonagh family originated when he was asked to film a family wedding back in the late 90s, however at the party afterwards his camera deviated from its original path as he was drawn into a session of gambling occurring in the car park. It’s here in this gathering of masculinity we’re introduced to the main focus of the film, James, the Quinn McDonagh’s undisputed champion of the bare knuckle fistfight. Like many of the screen boxing heroes of past, James is full of confidence and swagger and despite his eagerness to defend his breed’s (the traveller name for family) honour, he’s all too aware of the brutalities of his chosen sport. Over the next 12 years, we follow James as he squares up and beats down each new contender from the Joyce clan, all the time promising to quit and never fight again.

At first, Palmer’s part in this on-going battle is simply down to his own interest and desire to document the proceedings, his camera skirting around the scattered audience at the fights, bustling for prime position, striving to catch every punch. Before too long though the filmmaker is drawn into the pre-fight rituals of the clans as he’s encouraged to make provocative, taunting videos for the families. The videos feature members of the opposing breeds attempting to goad their enemies once again into battle and although they don’t quite have the lyricism of Muhammad Ali, it’s an engaging and often comical routine to watch.

Engaging is probably the most apt word to describe Knuckle as a whole; shot on various formats of varying quality, its cinematography captures the majority of the key action (unfortunately Palmer does miss out on a couple of fights!), but is nothing spectacular and in no danger of winning any awards in the near future. The edit and post-production is again diligent, presenting the events in a linear fashion, experiencing all the ups and downs along the way, until we reach the film’s dramatic finale. Where Knuckle really succeeds though is with its story and its power to totally absorb and immerse an audience in the world of the travellers and their involvement in the brutal sport of bare knuckle boxing. Often left feeling disgusted and sometimes confused by the action presented on screen, as a viewer you still find yourself sucked into the world you’re witnessing, at times even picking sides and willing your chosen boxer onto success. In Knuckle’s tense conclusion you may even find yourself shouting at the screen, as if you were watching Stallone’s Rocky take on Lundgren’s Drago in Rocky IV, eager for a knockout and a resolution (that never quite comes).