GrimmFest 2011: The Whisperer in Darkness 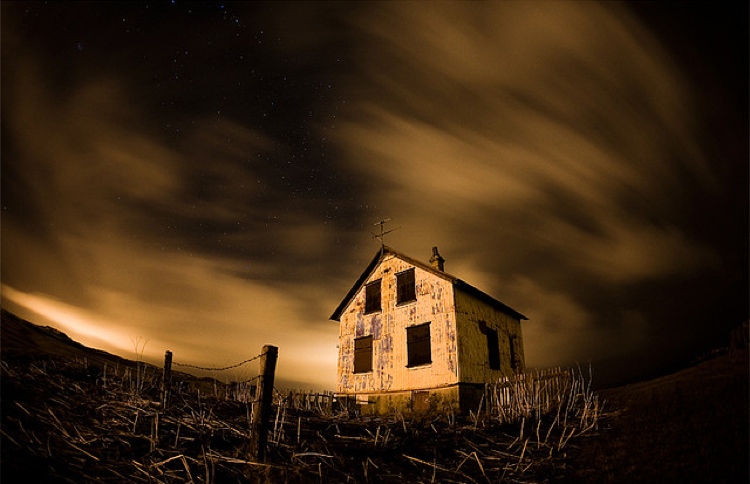 I was once again fortunate enough to attend some of the Grimm Up North horror film festival in Manchester, now in its third year. An unplanned change in venue meant the event lost some of its atmosphere and variety but luckily the organisers pulled in a particularly impressive line-up of films.

First up on the Sunday I managed to catch The Whisperer in Darkness. The HP Lovecraft Historical Society is an organisation that seems to have been started for the purpose of live action role playing with a Lovecraftian theme. Since then they seemed to have turned into a mini-industry for the acclaimed horror writer. In 2005 they made their first film, a silent version of The Call of Cthulu. Now they’ve followed it up with another low-budget gem based on the novella of the same name.

Wilmarth is fascinated by old legends in a sociological and historical context but is too intellectually detached and cynical to believe the accounts. Wilmarth’s interest grows as the events grow weirder and the evidence gets stronger until eventually Akeley, having apparently made his peace with the phenomena, invites him down to the farm to experience it for himself.

Filmed in black and white and mimicking the pace of the genre, The Whisperer in Darkness builds slowly as we are immersed in Wilmarth’s life of academia. The film’s success lies in its straight-faced approach. Even when laugh-out loud funny, it’s because the deliberately corny dialogue is so in keeping with the period being recreated. It’s faking being dated but in such away that helps rather than hinders the narrative. The first half of the film would feel slow in a different setting, but freed of quick edits and the information overload of modern dialogue, the pace feels relaxed and comfortable.

The supporting cast are clearly having the time of their lives with the script, particularly a malevolently mischievous Stephen Blackehart as the rich kid Charlie Tower who funds Wilmarth’s investigation.

The last act of the film ups the ante with chases and aerial battles that utilise CG effects which seek to resemble authentic models of the monsters rather than realism. This ending is where the film differs most from the source material and whilst first time director Sean Branney doesn’t quite pull it off you have to admire the audacity when a less ambitious climax would have felt more even. It’s far more fun to watch the filmmakers ignoring common sense and come up with something memorably absurd.

In fact the whole film is one gloriously stupid idea. So stupid it’s hard not to be won over.