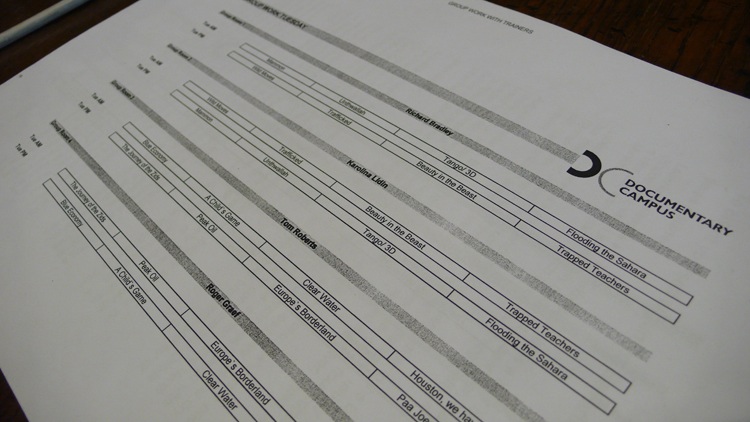 Today was our final day of group workshops and today it was Tom Roberts we had to impress. In only three days the progression of all the projects was clear to see and all of the participants were speaking with energy and confidence.

It was the first time we had been in a group with Alba Moraroca whose project, A Child’s Game, is incredibly important and poignant.  Alba intends to merge stop motion animation, user generated content and camera work imitating a child’s perspective to convey the reality of a child’s life in New Mexico where drugs cartels and the consequent violence are the constant backdrop. This project, even on paper, immediately struck a cord with both Ben and I and we are really excited to see it develop.

For the first time we showed the trailer for Paa Joe: Dead not Buried as part of the pitch and it was wonderful to watch people’s reactions to the footage, the beautiful coffins and Paa Joe himself. It was even more wonderful that the reactions were overwhelmingly positive. Tom said it was clear we have a film that could competently hold its own as an ‘art film’ but in order to reach the next level and resonate we, and Paa Joe, need time. And that’s fine by us. 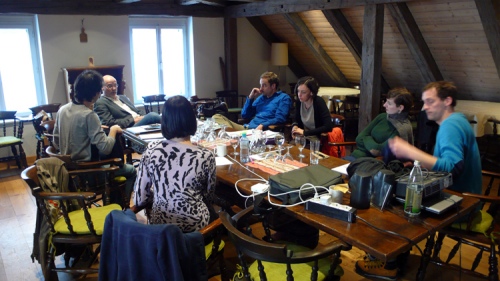 After lunch all of the participants regrouped and were encouraged to think about the importance and structure of the first two minutes of films, the ‘pre-roll’. The lecture was lead by Roger Graef who showed us the first two minutes of some brilliant and very contrasting films. This led to some great discussions and tomorrow the conversations will continue as we present ideas for our own film pre-rolls.

The afternoon session ended with a screening of Requiem for Detroit, directed by Julien Temple and produced by Roger’s company, Films of Record and the night’s entertainment was a screening of another FoR film, Hold Me Tight, Let Me Go…two of Roger’s favourite films for distinctly different reasons.