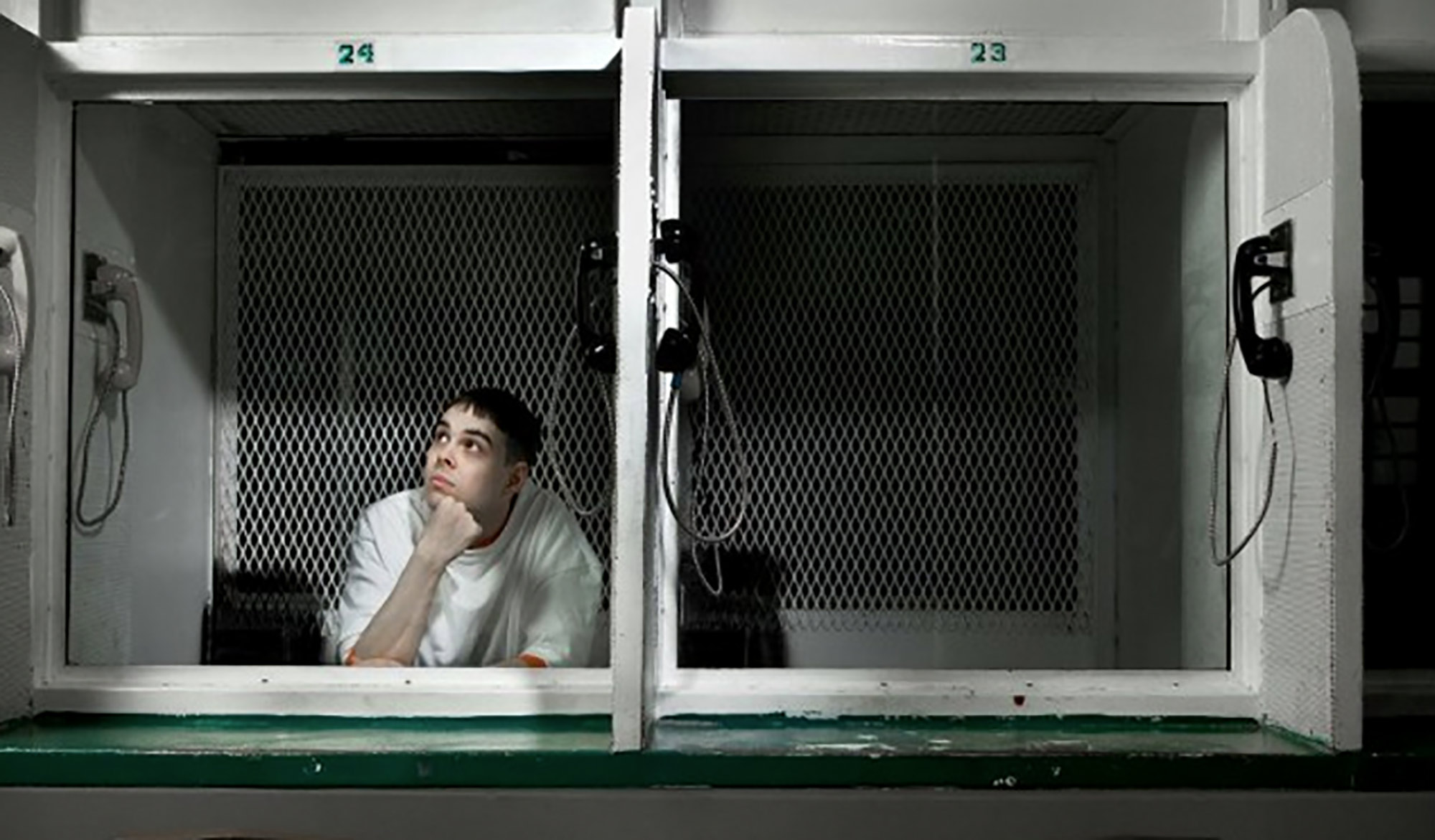 Werner Herzog has never been a filmmaker to shy away from tackling tough subjects in his documentaries. Throughout his prolific career, his non-fiction work has seen him cover the effects of the Gulf War on Kuwaiti oil fields (Lessons of Darkness), a pilot’s escape from his captors in the Vietnam War (Little Deiter Needs to Fly) and one man’s tragic obsession with bears (Grizzly Man). In his previous documentary Cave of Forgotten Dreams, Herzog travelled to France to document the Chauvet caves, infamous for housing the earliest known cave paintings ever to be discovered. In true Herzogian fashion though, his film transcended its historic roots and evolved into a breathtaking “examination of all that makes us human”. Now, in his latest creation Herzog casts his insightful gaze on the USA’s continuing use of capital punishment, featuring an in-depth portrait of two death row inmates.

In his fascinating exploration of a triple homicide case in Conroe, Texas, master filmmaker Werner Herzog (Cave of Forgotten Dreams, Grizzly Man) probes the human psyche to explore why people kill—and why a state kills. In intimate conversations with those involved, including 28-year-old death row inmate Michael Perry (scheduled to die within eight days of appearing on-screen), Herzog achieves what he describes as “a gaze into the abyss of the human soul.” Herzog’s inquiries also extend to the families of the victims and perpetrators as well as a state executioner and pastor who’ve been with death row prisoners as they’ve taken their final breaths. As he’s so often done before, Herzog’s investigation unveils layers of humanity, making an enlightening trip out of ominous territory.  (www.ifcfilms.com)

Where his previous documentary Cave of Forgotten Dreams had been described as ‘a remarkable 3D journey’ in its trailer, Into the Abyss is a film a lot less concerned with creating an aesthetic impact. With Herzog’s documentaries we’ve become used to the inclusion of a certain amount of visual poetry, whether it’s the apocalyptic vision of Lessons of Darkness (a documentary stylised as science fiction) or the majestic wilderness and ethereal underwater worlds captured in Encounters at the End of the World, a certain amount of visual flair is usually expected. Into the Abyss not only seems to be lacking this ocular beauty, but appears to have purposefully shied away from it, with Herzog opting for static camera shots, jump cuts and long takes. Of course, it could be argued that Herzog had no option but to shoot like this due to the minimal production timeframe and locations, but for a filmmaker of his talents and experience these stylistic decisions certainly seem to have been made through choice rather than by the demands of the situation.

With this lack of cinematic style throughout Into the Abyss it is left to the interviews (although Herzog prefers to refer to them as a ‘discourse’ rather than interviews) to inject the film with momentum and keep its viewers engaged. This could seem a monumental task for many filmmakers, but Herzog’s unusual approach with interviewees means he not only asks the questions others may not have even considered, but coaxes admissions from them with a fluid ease at times. In one particularly emotional scene, Herzog asks a death row chaplain to describe an “encounter with a squirrel” on a golf course (who else could get away with asking that question?) and ends up somehow receiving a moving response on the man’s involvement in the capital punishment process. At times Herzog’s mere presence seems to be enough to elicit responses from his interviewees; often he simply waits, sitting in extended silence until the camera’s gaze takes hold of his subject and they feel compelled to talk. 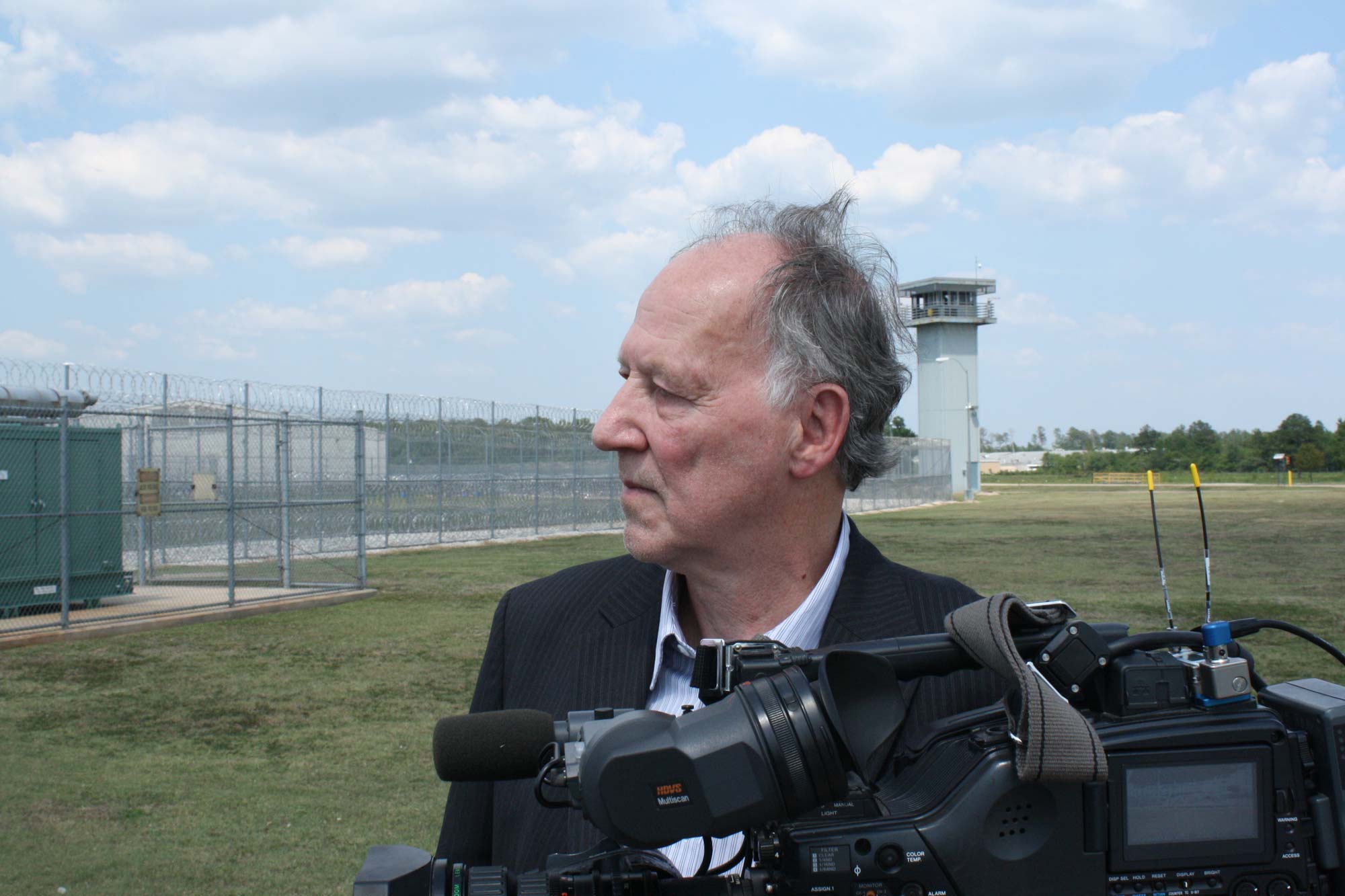 Another notable absence from Into the Abyss is the ‘Voice of Herzog’. It is of course present off camera when questioning interviewees, but the rambling dulcet tones we’ve come to expect narrating his documentaries is nowhere to be heard. It’s almost become a given that a Herzog documentary comes a Herzog narration; “I’ve always had my voice as commentary….it’s just a question of authenticity and credibility. I don’t care whether my accent is a German accent or not, I can make myself understood“. This lack of narration may be down to the director not wanting his emotional feelings about capital punishment to cloud the film or perhaps he felt it disrespectful for a film tackling subjects of life and death. However, producer Erik Nelson put the overall sparseness of Into the Abyss down to the power of the film and its story:

Into the Abyss is deliberately spare in its scoring, in its cutting, and most importantly in its lack of narration by Herzog. Werner has become a justifiable legend for the richness of his narration — and the flights of narrative fancy that drive that narration. On this film Werner says nothing, and lets the story speak for itself. That is a testament to the power of Into the Abyss. (Metropole Film Distribution: Into the Abyss)