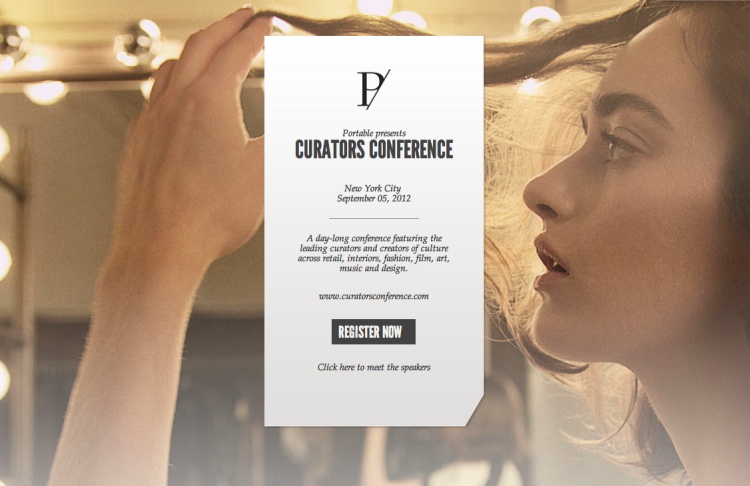 What are you doing on September 5th? Personally, if I was anywhere near New York City I’d be heading over to the Walter Reade Theatre for the Curators Conference presented by those fine folks over at Portable and promising, A day-long conference featuring the leading curators and creators of culture across retail, interiors, fashion, film, art, music and design. Confirmed speakers include Warren Fu, Soraya Darabi, Chris Corrado, Susie Bubble and Philippe Von Borries with more cultural leaders to be announced soon. Head over to curatorsconference.com for more details and to grab early bird tickets before July 27th.

Update 5/9: Fueled Editor Brady Donnelly has written up a good preview of today’s Curators Conference which you should check out.