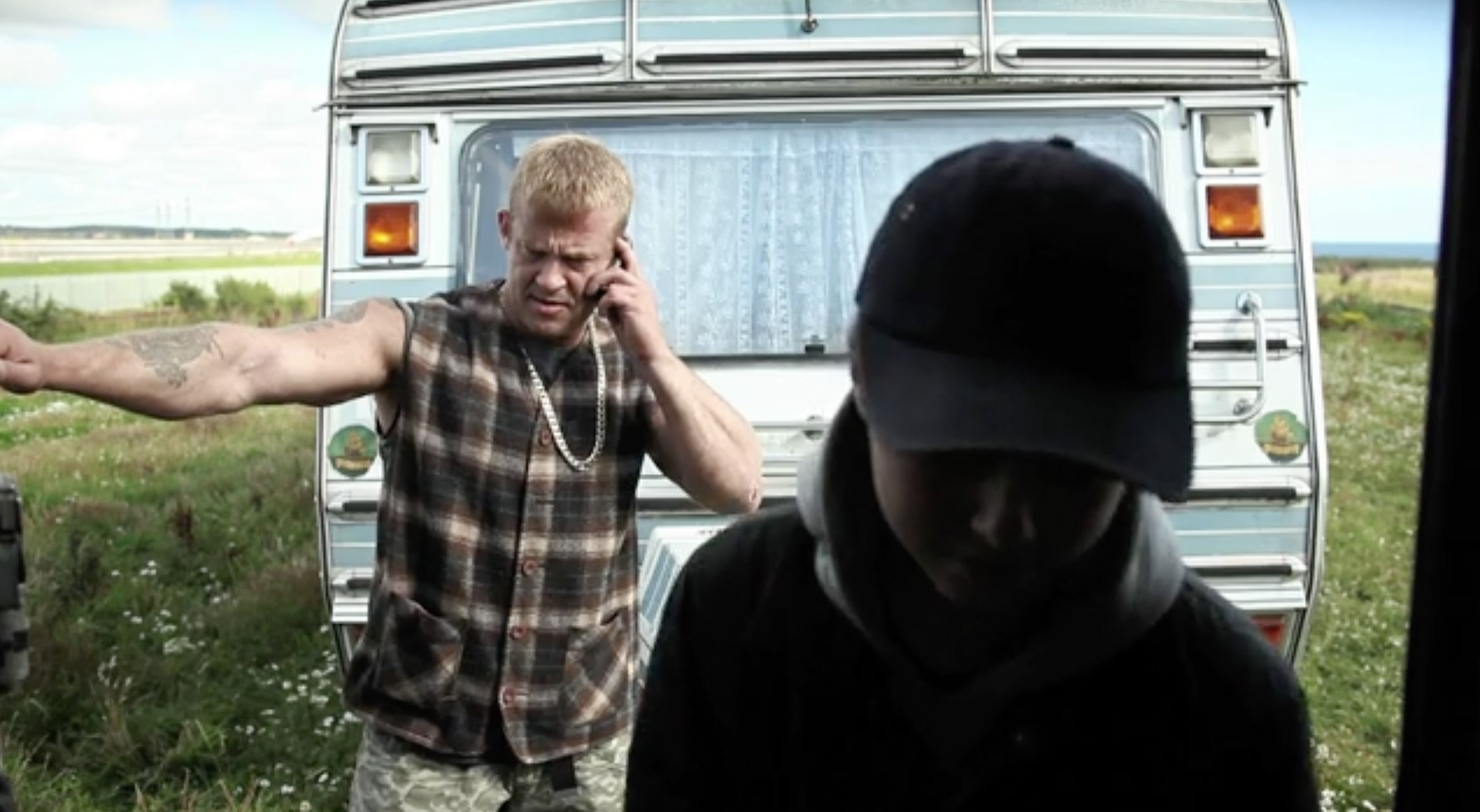 Robert is ostracised after his gangster father leaves him, having found religion. When visited by the Christian evangelist who converted his father, Robert spikes her tea. Tom Marshall’s Happy Clapper explores the complexities of faith with this hard-boiled comedy about elation and daily reality. – thespace.org

Funded by the UK Film Council and Northern Film & Media, and shot on Canon DSLR cameras, Happy Clapper from Tom Marshall is a shining example of why the up and coming filmmaker has been short listed for the BBC New Talent Award and 4Talent ‘Best director Award’ in recent years.