Jazz That Nobody Asked For 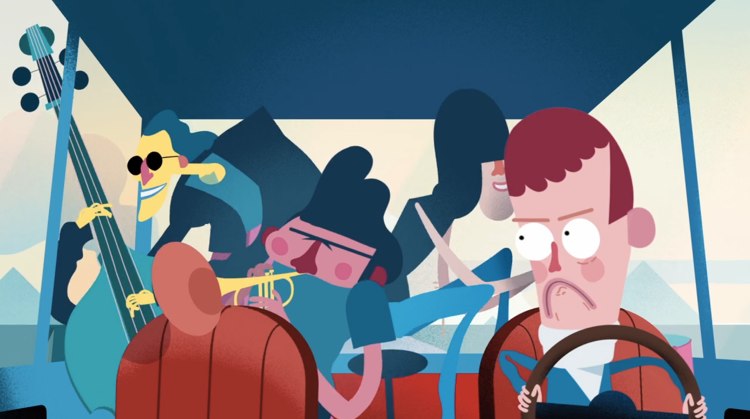 If you’ve ever suffered from an earworm you’ll be able to sympathise with the auditorily hounded star of Rune and Esben Fisker’s animated ode to all the unwanted songs out there, Jazz That Nobody Asked For.

“The music that haunts this film, is the amazing swing jazz tune ‘Quaker City Jazz’ by the long forgotten ‘Jan Savitt and his Top Hatters’. In 1937 they were the first jazz big band to feature an African American vocalist.

The film is made without any financing, and has no commercial purpose. The love of all things animated has been the driving force for the small team of 3 persons that has created it.”