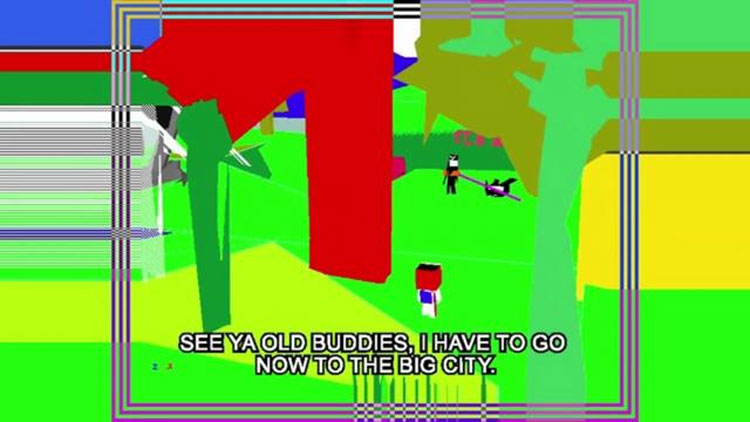 Finally released online, after years in the animation wilderness, David OReilly’s 2007 animation RGB XYZ is an experimental short that still feels innovative and boundary pushing, five years after it was completed. Described as “hard to watch” and a “a huge learning experience” by animator OReilly, RGB XYZ is an interesting companion piece to the director’s 2011 short The External World. With lots of the filmmaker’s eccentric visual quirks and narrative tomfoolery already on show.

“I established a lot of things that I developed later on, like realtime rendering, mixing ortho & perspective, playing with subtitles, and more broadly trying to bring emotion out of as few polygons as possible.

RGB XYZ was my first short film. I started it back in 2004 and finished it in 2007 between other stuff. I released parts of it online under the (stupid) name Chuck C. Clint III. A few people might remember that Cartoon Brew covered it back then. A friend entered it to the Berlin Film Festival on my behalf so I took it offline as per the rules. It premiered there in 2008 and won a special mention. This was the first time I had a film in a festival and my mind was blown. Most festivals rejected it but it went on to win around 5 other awards” – David OReilly