Following the release of his Oscar nominated short Feral (embedded further below in this post), we felt this was a good time to revisit our 2013 interview with animator Daniel Sousa.

I always knew I wanted to be an artist. But until I got to RISD (Rhode Island school of Design), my main interest was in illustration and painting. As a kid, I made flip-books and watched cartoons just like everybody else, but animation always seemed beyond my reach, like something that required a lot of expensive equipment, large teams of people and a magician’s skill to master. It wasn’t until I took an animation elective course at RISD with Yvonne Anderson that I realized that animation was not only something that anyone could do, but also that the nature of the medium allowed for a certain freedom and expressiveness that was missing in work that “stood still”. What captivated me wasn’t so much the obvious potential for storytelling. It was the innate immateriality and ethereal quality of the medium, the way in which motion is never really inherent in any one frame but is created in the viewer’s mind by the viewing of successive images. In that sense, it was like magic. The whole is greater than the sum of its parts.

I still paint and try to incorporate painting into the films. The two mediums are very closely related, and concepts pertaining to color theory, composition, and visual communication apply to both.

RISD has been incredibly supportive from the beginning. I would not have been able to attend the program if they had not offered me a scholarship in the first place, so I owe a lot to the school. As a teacher, I’m always trying to put myself in the students’ place and to offer whatever guidance and support I can, now that I’m on the other side of the fence. I also get a lot of inspiration from my students and how they approach new concepts and ideas with so much courage and devotion. For the last couple of years, I have taken in some of my students as interns to help finish Feral, and that has been a great experience for everyone, I think.

Have there been any animators/filmmakers/artists/designers or anyone else that have been a big influence on your animation style/storytelling? 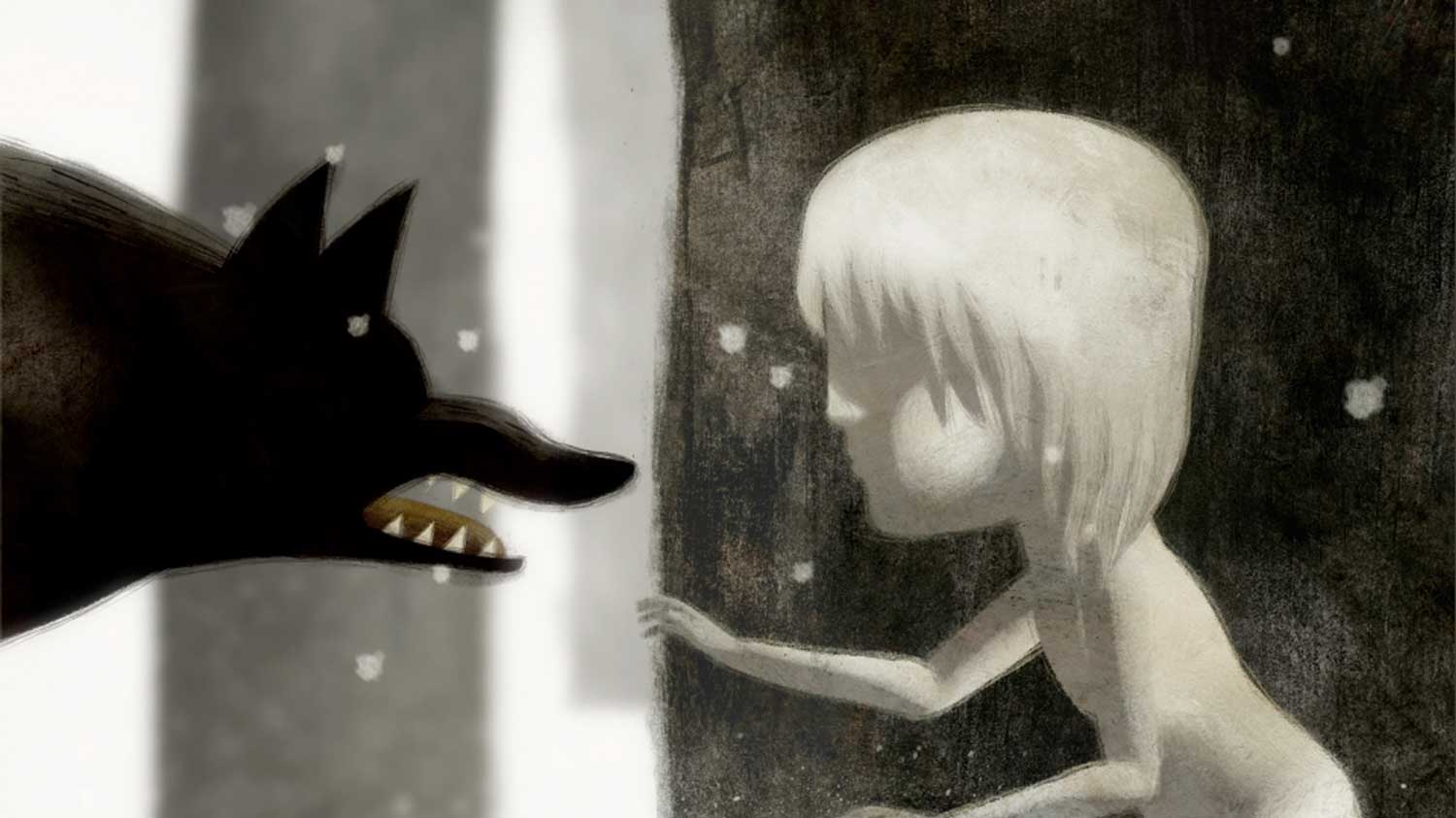 I think for the most part I’m always trying to describe a very internal and private world. By reaching for that kind of specificity, I believe that I can connect with people on a more universal level. I gravitate towards work that achieves that kind of universal connection, or resonance. For that reason, I think nothing inspires me more than music, which can be so visceral. Unfortunately, I can’t play any instruments, so I try to achieve an equivalent emotional result through animation. I am also inspired by painting and other films, but not nearly as much.

Some examples are, in no specific order: Jerzy Kucia, Jan Svankmajer, Yuri Norstein, Igor Kovalyov, The Quay Brothers, Steve Subotnick, Flip Johnson, Anselm Kiefer, Matthew Barny, Andrew Wyeth, Andrei Tarkovsky. And then there’s just the world around me, everyday life. I think how you filter the infinity of information that surrounds you is what defines you as an artist.

You describe your approach to filmmaking as being similar to that of a “painter’s perspective” focusing on “evoking the fragility of fleeting moments, memories and perceptions” – what do you hope your audience takes away from a viewing of one of your films?

Fleeting moments and perceptions remain in our memories relatively unprocessed and uncategorized. They bypass our conceptual filters and somehow remain pure, so if and when they are called back up they retain the immediacy of the first experience. Nostalgia and the Portuguese word ‘saudade’ refer to this feeling of a bygone immediacy. My hope is that my work can somehow evoke that experience and touch people on an emotional, visceral level. It’s a tall order and I don’t think I’m there yet, but it’s one of the things that I strive for.

Mythology and fables tend to be a recurring theme for your narratives, what is that appeals to you so much about these stories? 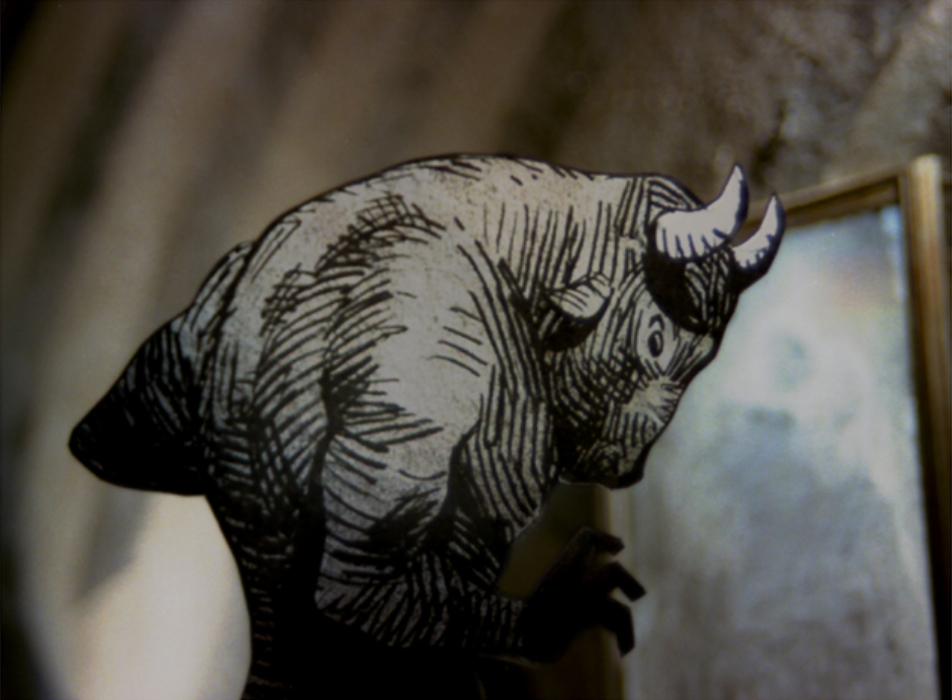 I think both forms of storytelling are powerful because they refer to archetypes of a shared human experience. We can all relate to these stories because of their universality. However, they are dramatically different from each other in how they convey these ideas. In myths all our hopes and fears are personified as deities, and in fairytales they are disguised within the storytelling, and the meaning can only be gleaned through interpretation. I love the idea that the true meaning of a story is like a riddle, or it’s what remains after you’ve stripped away all the incidental details of character and plot. Plot by itself is too mechanical and cold, and a beautiful image by itself can feel superficial or indulgent, but when you use plot as a vehicle to add meaning to the beauty, then it can resonate in a very powerful way.

Your latest short Feral is currently touring film festivals around the world – what can we expect from the film and how does it differ from your earlier work?

Feral is the most straight-forward narrative that I’ve attempted. This was intentional as I felt that I needed to learn how to tell a story properly in order to convey the notions that gave genesis to the film. The idea of a feral child is fascinating since it speaks to who we are as human beings, stripped of language, education, or social skills. Childhood in general, can be thought of as this primordial existence in which the worst and best qualities of humanity play out, so it’s like a reflection of how we see ourselves. We can be both angelic and demonic at the same time. The only way I could think to bring some of these ideas to the surface was by using a narrative. It was very challenging since I don’t consider myself a natural story-teller. I had to work very hard to achieve a good sense of pacing and character development that didn’t feel forced or obvious. In the end I think I was pretty succesful and I’m happy with how it turned out. But I might want to go back to something less linear for my next project.

For Feral, I used a combination of hand-drawn Flash animation, pencil drawings, painted textures, and digital compositing. I think all techniques are fascinating when used well, and when they are right for the subject matter. I am not a formalist or a purist. Instead, I let the content dictate the form, whichever that might be. And sometimes the form can be the content, but the two should not be at odds with each-other. I haven’t done a lot of CGI, and I would love to try it, but I haven’t found the right film for it yet. Maybe soon…

Looking through the explanations of the techniques used in your work, you often combine digital and traditional animation techniques to create the distinct look of your films, what is it about the combination of techniques that appeals to you so much?

It’s not so much the combination of techniques that is appealing. The reality is that necessity is the mother of invention, so if a particular “straight up” technique does not offer the right solution to convey what I’m trying to say, then I’ll keep playing with it until it does. So that means that a 2D character may need to live in a stop-motion set, or that a digitally generated environment is more resonant if each frame is traced and re-painted in acrylics. 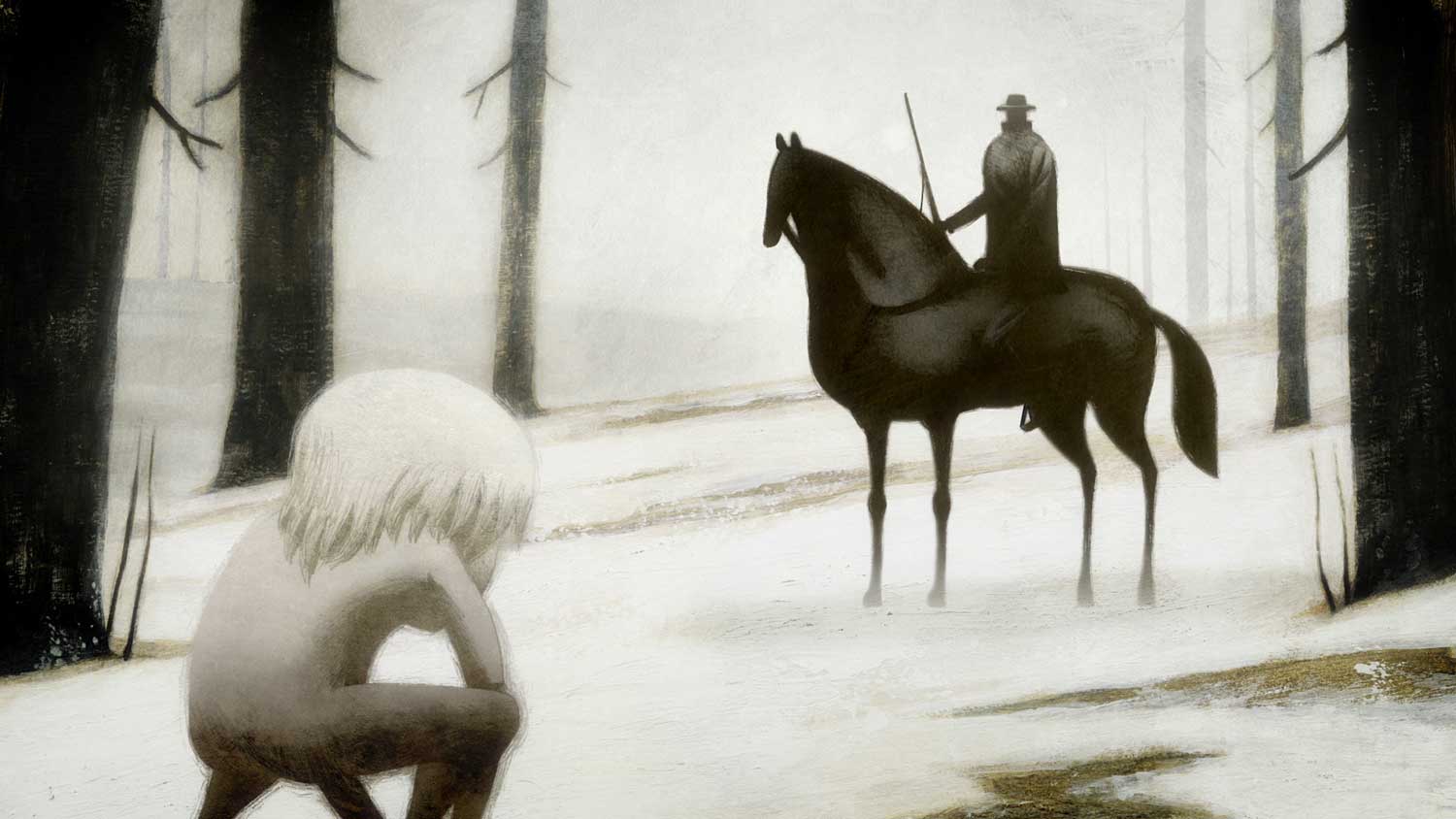 The goal is to reach as wide an audience as possible, but I also want to temporarily immerse the audience into my universe so that they can experience the film in the way that I intended. The pacing, the soundscape, the colors, the texture, and even the scale of the screen, are extremely important factors. So ideally the film needs to be shown in a dark room at a large scale and without interruptions. The internet can certainly reach the widest audience, but it is a watered-down experience. Festivals are great in that they deliver a theatrical experience, but then they reach a very limited audience, and because of the nature of short films, they need to be programmed with other films, and that can cause fatigue. So neither medium is ideal.

So far I have gone the festival route for the first couple of years of a film’s life, and then if it doesn’t get distributed I’ll put it online so that it can at least still have some visibility.

So what’s next in the pipeline?

Right now I’m developing some new ideas but mostly I’m trying to recover financially by taking on some commissioned work before jumping into a new independent project.

Finally, if you had one piece of advice for upcoming animators – what would it be?

If you stay honest to yourself and others, you can’t go wrong. Follow your own path, so don’t listen to anything I just said.