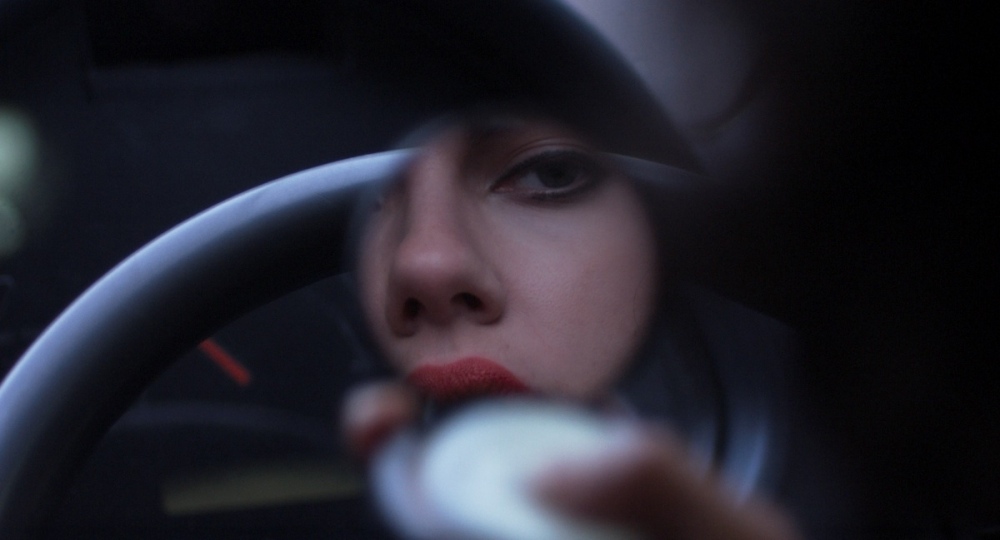 As I sit writing this roundup on the final day of this year’s London Film Festival, I feel the air around me haunted by a strange sense of mediocrity. It’s a funny sensation because, although there have been the inevitable disappointments, there has also been much to enjoy at the festival. And yet, for all the good work on display, the cumulative effect seems underwhelming. Of course, it’s possible that after four weeks of screenings, what I’m really feeling is simply fatigue – but it’s also true that of the 52 features I’ve seen, many feel uninspired or problematic in one sense or another. Still, perhaps this is inevitable given the wide breadth of the programme.

In my preview piece, I declared that Under the Skin was ‘the’ film to see at this year’s LFF, and if the film ultimately turned out not be the festival’s crowning glory, it certainly came a close second. Starting off with breath-taking visions of abstract light reminiscent of 2001: A Space Odyssey, the film quickly becomes more grounded as it settles into scenes of Scarlett Johansson playing a disguised alien cruising around Glasgow looking for prey. Filmed with hidden cameras in an attempt to add a vérité-like reality to the film’s sci-fi trappings, these moments unfortunately suffer in part from narrative and aesthetic dullness. But, thankfully, director Jonathan Glazer’s keen eye for visuals and superb ear for sound design soon reassert themselves, pushing the film once more into magisterial territory. If nothing else, Glazer surely succeeds in his aim of looking at the world through an alien lens: despite the sexually predatory alien, this is no Species, but is instead a film about seeing the world through alien eyes. With Under the Skin, Glazer has once more proved himself to be the UK’s most vital filmmaker and, when taken alongside Birth, the film suggests that Glazer may be the heir apparent to Stanley Kubrick himself. 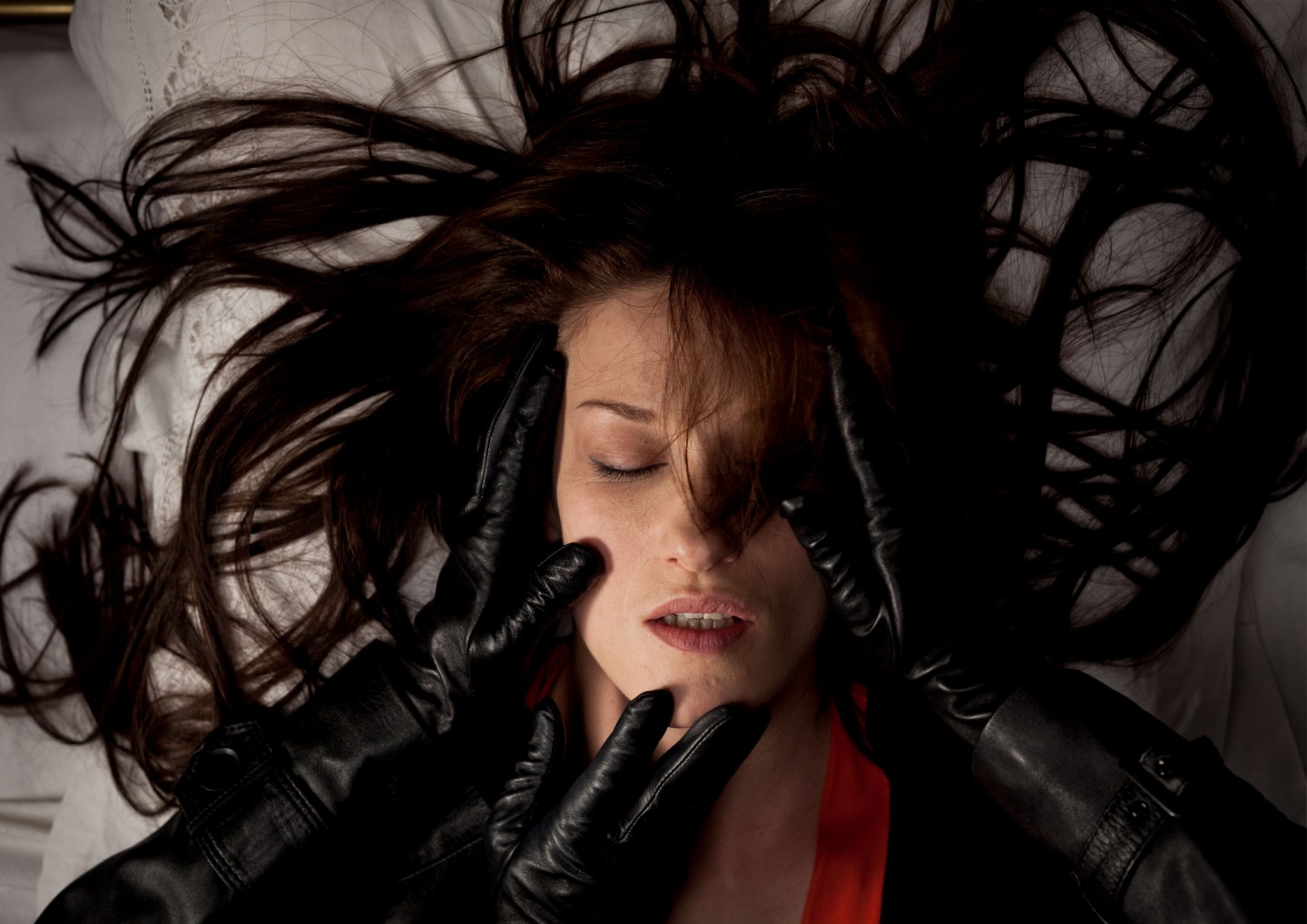 The influence of Kubrick, and of 2001, is also discernible in Alfonso Cuarón’s stranded-in-space disaster movie Gravity. But this time, the invocation does the new film no favours. Where Kubrick’s film was an intellectual and visceral experience, Cuarón’s seems content to simply take the latter and mix it with sentimentality. It’s a thrilling experience, but one aimed – for better or for worse – at the computer-game generation, and one that ultimately follows a very conventional narrative trajectory. The same can’t be said of the festival’s other great visceral experience: The Strange Colour of Your Bodies Tears. A heady mixture of giallo, surrealism and the avant-garde, Strange Colour may not be a film for those seeking narrative clarity, but as an outright ‘experience’, it remains invigorating viewing, even if at times it feels a little too overwrought.

Playing out on a much calmer note were films as diverse as Bruno Dumont’s excellent, austere biopic Camille Claudel 1915, Alexander Payne’s wryly enjoyable Nebraska, and Kelly Reichardt’s tentative venture into political thriller territory, Night Moves. A film of two halves, Reichardt explores the actions of a small group of environmental activists, resulting in some extremely tense scenes which lead one to question one’s own empathy to their cause (and thus one’s own stance towards the environmental issues raised in the film). As a study in paranoia and guilt, the film utilises Reichardt’s trademark minimalism to powerful effect.

Elsewhere in the festival, Vic + Flo Saw a Bear also presented an interestingly minimalist take on classic genre tropes. The utterly gripping story of two female ex-cons who move to the countryside to live as a couple and avoid retribution of their past, the film plays as both a twistedly tender love story and a brutally distressing crime picture. Directed with restraint and humour by French-Canadian auteur Denis Côté, Vic + Flo felt like one of the most successfully realised films of the festival.

Playing with genre in a different way were two films that have both been tagged with the rom-com label: Enough Said and Drinking Buddies. Seen in this light, Enough Said is the more conventional of the two, distinctive mostly for the (middle)ages of its lead protagonists, and for the high quality of its cast (which includes the late James Gandolfini, Julia Louis-Dreyfrus, Catherine Keener and Toni Collette). It’s a sweet, endearing film about why couples come together and why they break up, but it’s also smart, engaging and believable in a way far too few romantic comedies are. The same can perhaps also be said of Drinking Buddies, though the film seems a little misplaced under the rom-com banner. The latest work by Joe Swanberg (here taking the roles of writer, director and editor), the film continues Swanberg’s preoccupation with nuanced studies of people and the relationships they form. Backed by Sony, the film finds Swanberg working on a bigger canvas, but the smaller details that make his work so appealing are still correct and present. The result is a fascinating study of friendship and attraction (both self-destructive and opposing). Along with the wider palate, there’s also a sense of new maturity to the film, and it seems that with this, his fifteenth feature in eight years, Swanberg has come of age and is ready to break into the mainstream.

Whether the same can be said for Swanberg’s old collaborator Andrew Bujalski remains to be seen. His latest film, Computer Chess, has been gaining rave reviews from all quarters, but the hype seems misleading. On first viewing, the film appears to be quite a departure from Bujalski’s previous work, and what made his first three features so successful seems to be missing (like Swanberg, Bujalski is an arch chronicler of people and their relationships, and here there are simultaneously too many and not enough of both for the film to really fly). However, I’d like to see the film again before offering a firm opinion, as it seems like my disappointment in the film could say more about my expectations than the realities of Bujalski’s work. One thing’s for sure, though: in the screening I attended, the promised howls of laughter never came.

Playing in the Family strand, the Uruguayan animation Anina proved to be a charming and endearing tale about the punishment a young girl undergoes for a playground scrap. If it’s a surprisingly philosophical film given its intended audience, it was also one of the most creative and imaginative films on display. The Sonic strand, meanwhile, was home to Broadway Idiot, an essential film for anyone with even a passing interest in Green Day or Broadway theatre. The film not only provides insights into the thought process behind the creation of both their concept album American Idiot and the stage musical adapted from it, but it also speaks volumes of the desire to break the loneliness that comes with success.

From the films I was able to see in the archive strand, The Epic of Everest and Gaslight proved to be the highlights (though the pre-code James Cagney double bill was certainly a lot of fun). Thankfully, the fears I expressed in my preview about The Epic of Everest being dry proved to be unfounded: the film is an enthralling, mystical and proto-Herzogian tale about the blind indifference of nature to the struggles of mankind. If Gaslight never reached such dizzying heights, its tale of a husband slowly turning the screws on his wife was still a heart-wrenching and nerve-shredding affair.

A husband-wife relationship also comes under pressure in Locke, a one-hander in which Tom Hardy drives for an hour and half, making numerous phone-calls along the way. If the confined location forces the otherwise excellent script into occasional moments of overly-theatrical exposition (in which Hardy’s character talks to his dead father), it also allows for a steady build in emotional intensity and tension – two traits likewise found in Abdellatif Kechiche’s lesbian romance Blue Is the Warmest Colour. After a bumpy first act, Kechiche’s heart-breaking drama settles into a leisurely portrait of characters underpinned by Sartrean philosophy, in which people must find their essence and become defined by their actions. 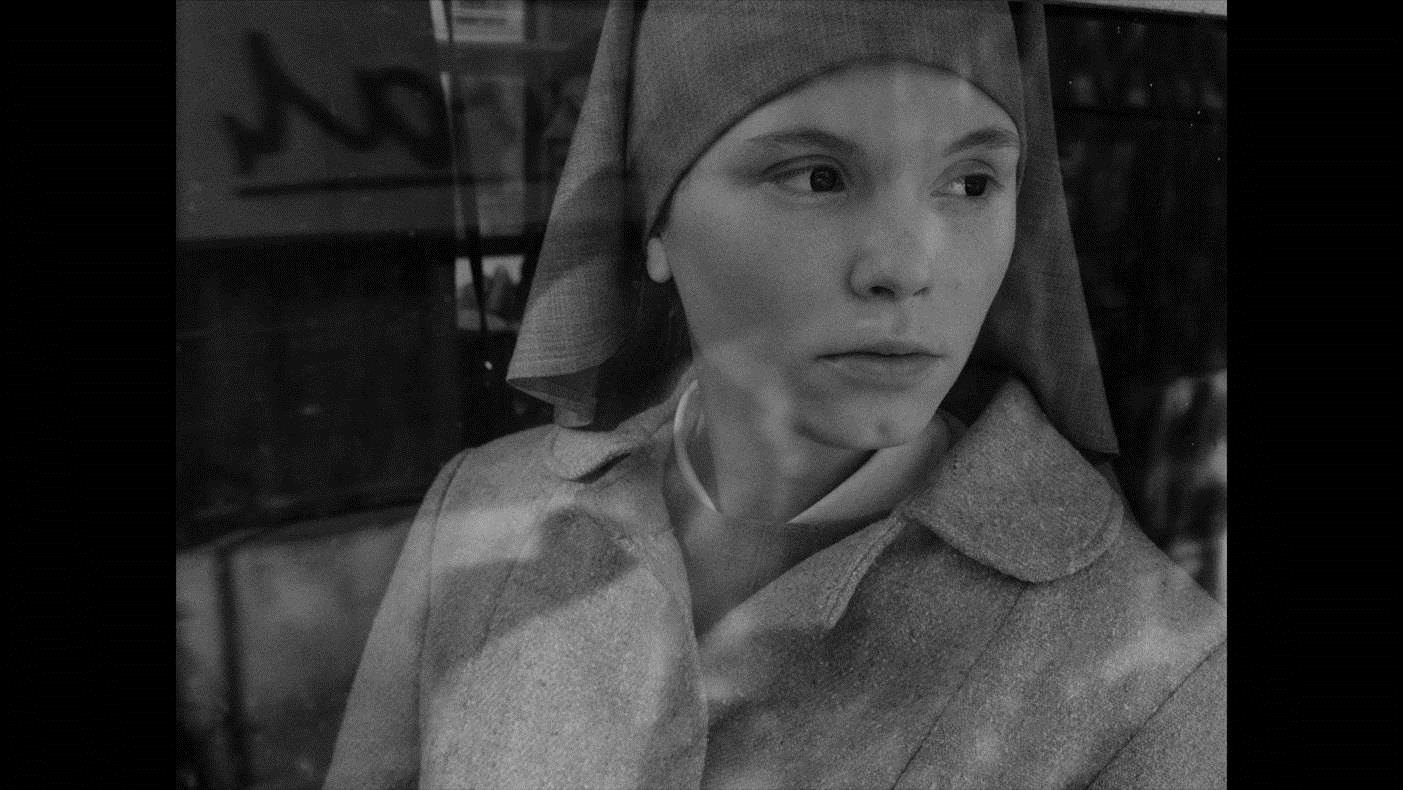 The weight of past actions was also felt heavily in two films dealing with the legacy of World War II: Claude Lanzmann’s The Last of the Unjust and Pawel Pawlikowski’s mesmerising Ida. In The Last of the Unjust, Lanzmann returns to footage shot for his seminal Holocaust-documentary Shoah, forging a new film from his 1975 interview with Benjamin Murmelstein, the last surviving ‘Jewish Elder’ of the ghetto camp at Theresienstadt. Primarily, this is oral testimony, an examination of history by those who lived through it. But the film is also haunted by the philosophical questions raised by Hannah Arendt and her theory of the banality of evil – something Murmelstein finds laughable (Eichmann ‘was a demon’, Murmelstein says). Lanzmann’s probing interview technique seems to show up the recent hit documentary The Act of Killing for the sensational and exploitative venture that it was, proving that sometimes a simple, penetrating approach can be the most effective.

And with its profound, deeply affecting and austere minimalism, Ida too seems to bear this out. Full of stunning, full-frame, black and white images, Ida is the story of a young novice who makes contact with her estranged aunt, only to discover that she is really a Jew whose parents were murdered during the war. When aunt and niece embark on a road-trip to find the remains of the deceased, the personal and the political entwine to startling effect. This is the story of how the past effects the present, and how family effects identity; but it is also a story about religious angst and the clash between life and faith. Intensely visual, impeccably composed and superbly performed, Ida was the one true masterpiece I saw during this year’s festival. But, as Orson Welles once famously said to Peter Bogdanovich: “You only need one”.