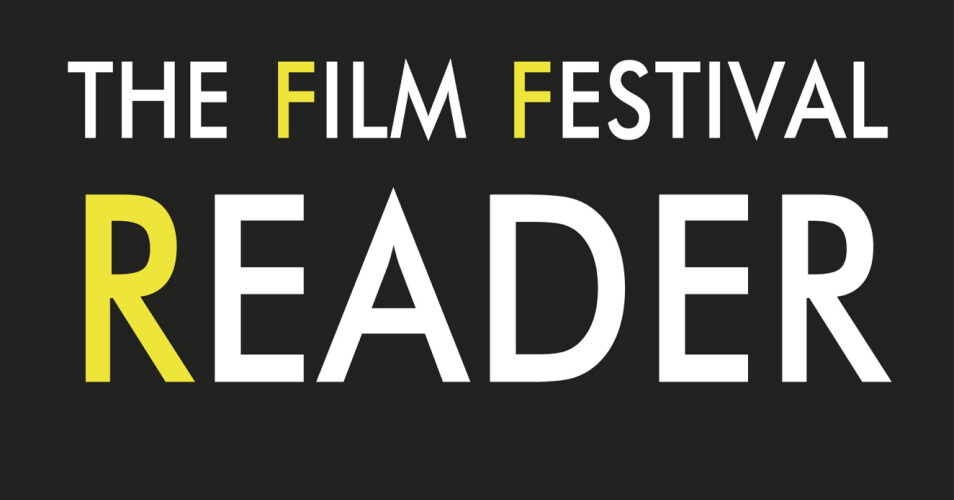 When people within my new field of Academia ask about my background I tell them I’m a screenwriter and producer, festival director and programmer, critic, blogger and now, early career academic. I approach my research and academic life with less a ‘jack of all trades’ mentality and more of a ‘transmedia, multi-platform mentality’ and so it was wonderful to receive a copy of The Film Festival Reader to review. It’s not only of interest as a filmmaker, programmer and academic but because the book itself is not strictly an academic text, but understands the need for various voices within the debate.

The book is a collection of essays by academics, filmmakers and those involved in the practical delivery of festivals, which seek to discuss the role film festivals play in film culture and the cinematic consciousness of filmmakers and audiences. Contributors include esteemed academics alongside filmmaker and critic Mark Cousins, Sight & Sound writer Nick Roddick and Artistic Director of Edinburgh Film Festival Chris Fujiwara.

The collection is an important entry point into what is a new area of study and in-depth critical consideration. It covers a so far neglected element of cinematic events that have been a key part of the landscape since post World War Two. Indeed, film festival study occupies a very slim area of academic status within film studies and similarly, there is little critical analysis of festivals, aside from the annual reports on the films and programmes at the major events by the major critical outlets. This is strange to me, as someone who has spent over a decade working on them, programming them and visiting them as audience and artist.

Thankfully this book starts to redress that lack of engagement and refreshingly it does so from theoretical and practical viewpoints, which personally, is how I feel film should always be approached.

The variety of essays is a clear indicator of the sheer diversity of festivals on offer to filmmakers of all levels. The book should be read by filmmakers, particularly independent filmmakers at the outset of their careers. It provides fascinating context regarding the culture, direction and role of film festivals. To be able to engage with these ideas courtesy of some of the most influential contemporary voices on the issue of film festivals is a vital opportunity that should be grasped. The book highlights and interrogates the pivotal role played by festivals for audiences, not simply those in attendance but global audiences who reap the benefits of films which find success at festivals. Festivals are also vital places for filmmaker development, as the book attests, and are a unique space where practice, criticism and to a certain extent theory converge, without the binary boundaries that are normally erected between those areas of film.

Beyond the value of the book to audiences, academics and film artists it’s also a really enjoyable and rewarding read as it is essentially a collection of pieces that are directly about film, but indirectly about a host of other issues including politics, economics, local and global culture and at heart, the crazy enterprise of artistic events celebrating an essentially entertainment driven medium.

You can pick up a copy here.