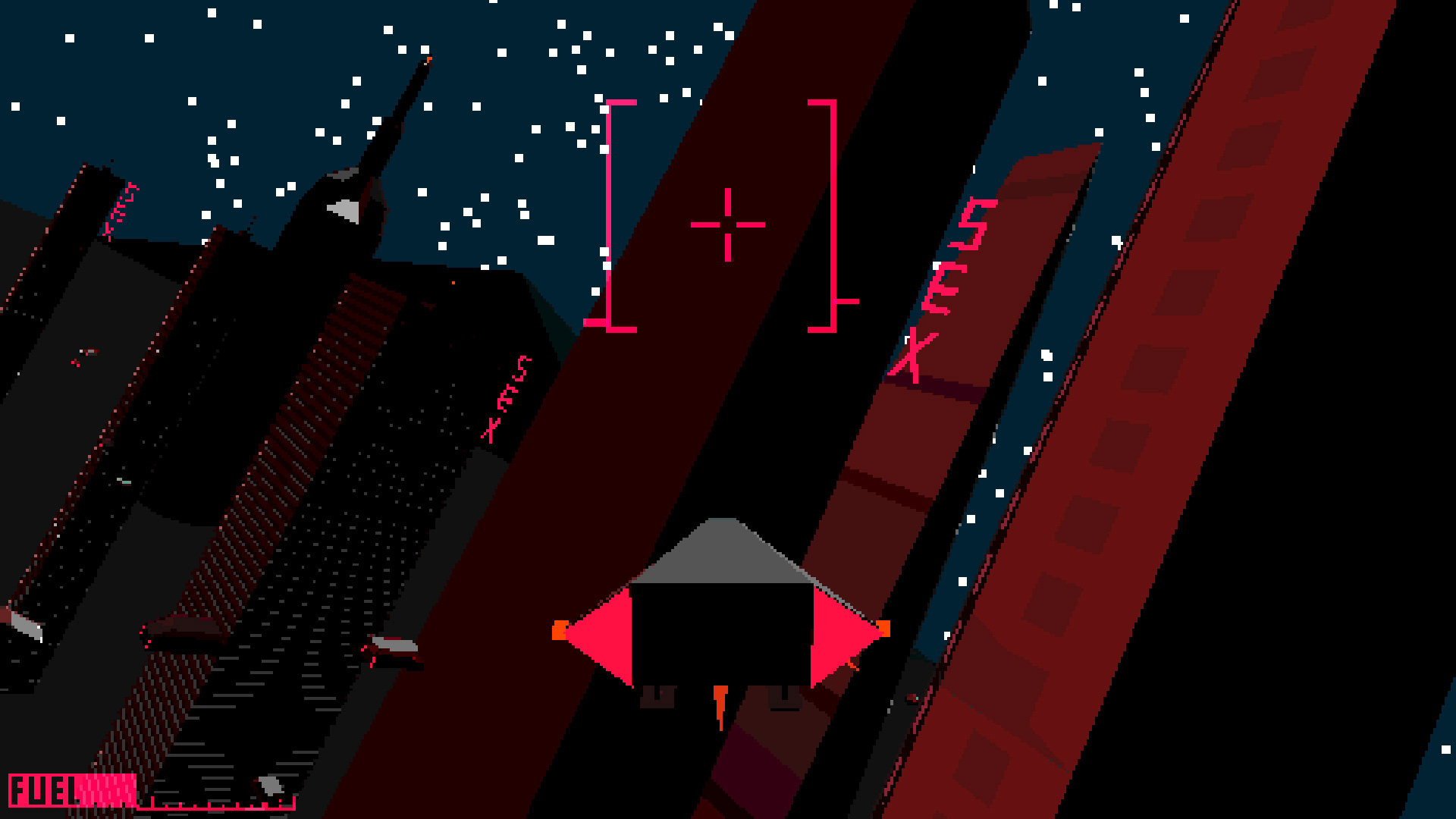 Continuing his uncanny knack of being able to transport me back to childhood years, animator and Studio AKA director Kristian Andrews returns with his latest short Lets Play Nomad X. Evoking memories of retro computer games and failed relationships, Andrews’ latest film once again displays the filmmaker’s unconventional approach to narrative, whilst also showcasing a contrasting aesthetic from his trademark hand-drawn style.

During a ‘Let’s Play’ review of his favourite 90s computer game, a man tells a story of heartbreak. Guiding us through the space simulator Nomad X, he offers hints and tips on gameplay, losing the love of his life …and why, yesterday, he got punched in the throat.

With such a unique approach to storytelling and an unusual visual style, DN spoke to Andrews to discover where the concept for Nomad X came from and how much of his narrative is actually based on personal experience:

The concept of a short film narrative revolving around a computer game review feels like a unique way to tell a story, where did the premise for Let’s Play Nomad X originate?

My girlfriend came home late one night and walked in on me, in my pants, scanning the surface of an unnamed planet for mineral deposits.

I was trapped by this game but I longed for the freedom I had when I first played games like David Braben’s Frontier Elite II. Although it was limited graphically, as an experience the game felt limitless. I became obsessed and vowed that I should be the one to remake David’s forgotten masterpiece using an army of fellow nerds and crowd-funding. I immediately found out that David Braben’s remake was already in full production and was distraught. I lost myself in a vast galaxy of LetsPlays about forgotten arcade games. I found solace with these bizarre characters who were making these very heartfelt mini-documentaries, one of my favourites was JimPlaysGames’ Frontier Fundamentals.

Eventually I came to terms with the fact that I’m not a game-designer but a filmmaker, so I decided to make my own Let’sPlay contribution.

When we spoke last you revealed that you were working on this film and indicated that it was somewhat based on personal experience – now having seen the film, I’m curious to find out how much of the narrative was inspired by true events?

Haha! I’d hoped by not having a character called Kristian in a film, for once, I might avoid this!

As with all my films, I rely heavily on real experiences; unfortunately I’m too unoriginal not to. The narrative is an asteroid belt of inspirations though; there are chunks of long-lost high-school infatuations, bits of my current relationship and even some space dust from my grandparents’ divorce in there.

Basically, what I’m trying to ask is have you ever been punched in the throat?

Unfortunately I’ve only ever punched another in the throat.
…once
…by accident
…Like all 16 year old boys inspired by Fight Club, me and Matt decided it’d be a good idea to punch each other in the face as hard as possible. It was an accident but I perfectly reenacted Edward Norton’s failed attempt to punch Brad Pitt.

Visually, your latest film is quite a departure from the sketchy aesthetic of Bald Dad & Rabbit Punch – what came first in pre-production the style or the narrative?

They are different, but in my previous films I was also trying to match the approach with the narrative. It’s exactly the same process as working commercially I suppose, different briefs need different approaches.

With this film the visuals came first, because initially I had imagined it as this vast open world game with no traditional narrative. Then the sad realisation that I can’t make games hit and I knew I had to find a story that justified being told in this way.

Personally, I was reminded a little of the video game Starfox from the visuals, but I’m sure keener gamers will see other comparisons, how much was the aesthetic of the film inspired by existing computer games?

Starfox was a beautifully designed game and it definitely cropped up in the film’s production blog but I definitely owe the biggest debt to David Braben’s Frontier Elite II both aesthetically and conceptually. In fact they’re so close visually I felt I had to try and water it down with other gaming experiences like Flashback, D-Generation, Grim Fandango and 4D sports boxing…

When writing dialogue for Let’s Play Nomad X how concerned were you with striking the right balance of comedy and empathy? Do you think feel it’s important in the success of the film that we do empathise with your narrator?

It was extremely important to strike this balance as it’s what keeps you watching to the end of the film. Casting an actor as versatile as Rasmus Hardiker helped enormously. In our brief recording slot he switched gracefully between the humorous and the tragic.

However this balancing act is definitely the film’s ‘macguffin’ and I hope it is acknowledged as such and forgiven by the audience. After all why would a LetsPlayer abandon his beloved game and start a diatribe about missed opportunities!? Don’t worry. Be happy

The prolific David Kamp provides Music & Sound Design for the film, what do you feel his work adds to the short?

David is conquering the world! The reason is he’s a great collaborator. The sound brief was tricky for this project. It was another balancing act of voice-over and non-diegetic sound vs in-game music and sound effects all heard through a crappy headset mic.

It all worked because David is such a perfectionist, who speaks his mind but equally takes on board rational argument and is very adaptable. As production went on we built a great working relationship without ever meeting each other face to face. Hopefully we’ll get to at a festival at some point though.

You end the film with the dreaded “blue screen of death”, how much did you want your film to inspire nostalgic feelings in your audience?

Ughhhh you spotted it!? That’s another shameless rip-off. I nicked those blue screen credits from the amazing Guy101, I’m very sorry Ian Gouldstone!

It doesn’t matter if you don’t have that nostalgic connection with the era of gaming I’m referencing, however there is a huge majority who will. Like most people I grew up playing games, even my Grandpa plays Warcraft! There’s a shared consciousness of the way games used to be. It’s sad because the experiences we had with that special console at a certain time are somehow incompatible with gaming now. The only way we can relive them is through telling stories and making more Let’s Plays.