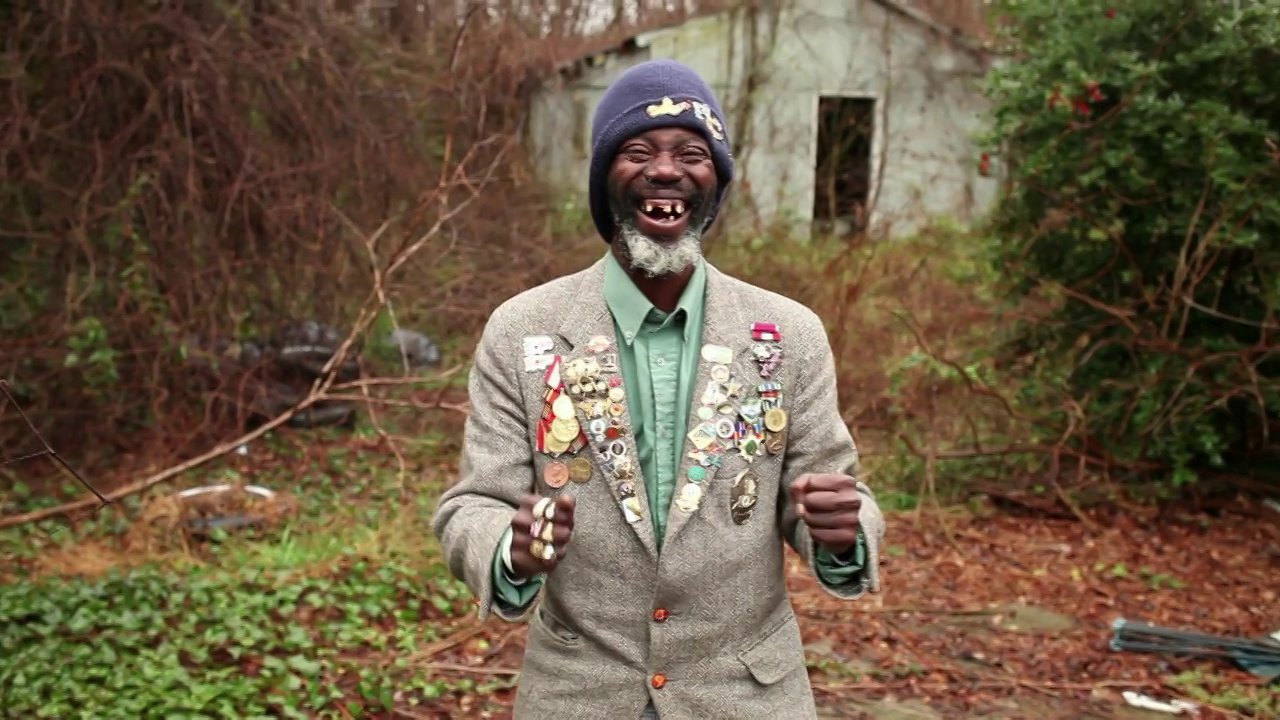 A deeply personal documentary with a universal message about how we approach life, Nathan Honnold’s captivating short Thomas Bennett is a touching portrait of a man society is probably more used to ignoring. Providing an insight into the titular Thomas’ life and mind, we take a journey through his upbringing, his collections, his home and his health. Having initially spoken to the director about his previous short La Donna for Short of the Week, I couldn’t pass up the chance to get Honnold on DN to discuss his latest film and his upcoming project Miami Monster.

Diversity is very important to me as a filmmaker, as long as the same auteur thread weaves the stories together. I have a fascination with “underdog” characters, certain characters who aren’t expected to succeed and live on the fringes of society. When approaching a new filmmaking endeavor the first thing I create is a struggling empathetic character, and then build the world around it.

AN INTIMATE PORTRAIT OF MY FRIEND THOMAS, WHO LIVES ON THE FRINGES OF SOCIETY.

I came to know Thomas through his voice. I had just finished a short series of fictional underdog character studies, Kelly and LaDonna and I was searching for a real underdog character to film a documentary with. One day while walking through the park, with my camera, I heard a voice singing hymns through the trees. As I followed the voice I found myself face to face with Thomas Bennett. Immediately I knew I had found my character, and started filming. After he was done singing we discussed working together to make a film and he informed me that he had already won an Emmy and an Oscar. He told me being in a movie was one of his favorite things in the world, and at that moment I knew we met for a reason.

Working on the film with Thomas was a great way to build our friendship. We shot for about a year and before shooting started we would hang out at McDonalds and have audio conversations. Every week during production I would bring my camera and let Thomas decide where he wanted to go. Since Thomas doesn’t have a car I would pick him up, and we were able to visit far away places that he had not been to in years. The film became a documentation of our weekly hangouts.

There were certainly moments during production when I had conflicts between being a friend and being a filmmaker. Those moments mainly happened when Thomas was having health issues. Being a friend and a filmmaker in moments like those certainly aroused questions of exploitation and ethics, but I had to push through and still capture the moment. During post production I decided not to include these questionable scenes, they felt exploitative and ultimately didn’t add to the tone of the film. I am however glad I captured those questionable moments because I was able to use audio from the conversations.

The last time I saw Thomas Bennett was 2 days ago. We still see each other often, and try to hang out each week. Currently his pin, and trophy collection is larger than ever, and he has a new award from the film winning the Atlanta Film Festival. We still hang out at McDonalds and he orders the Big Mac, his favorite food, while proudly wearing tiaras and medals.

The shots in the film were never planned. Going into production I created a shooting list and schedule for what I thought would show Thomas the best cinematically. However, when the schedules were presented to Thomas he would always have another idea and a better location that he wanted to show me. Through his natural exploration of favorite places and past memories I found the footage and emotions we captured so much more organic. After a few times of this, I let go of my shooting schedules and let Thomas lead the film. In the end I feel that his leadership of the story makes the film work much better and reflects his organic manoeuvring through life.

Thomas Bennett was shot on Canon 5d mk2 for over a year. I was a one-man crew behind the camera with a wireless mic. We shot for over a year in all sorts of locations, but I attribute the vulnerability of the film to the size of the camera and crew. Since it was just me and Thomas with a 5D we were not bothered, too much, in public places and he never seemed distracted by the camera. If we had a large crew with booms and such, Thomas would never have been so intimate and we would not have been allowed to shoot in locations that he felt comfortable.

In the end I had over 30hrs of audio and video footage to sift through. The process was very difficult to reduce down to nine minutes, and editing was certainly a labored cut deciding what not to include. In the end I had to focus on certain elements of Thomas, his upbringing, his collections, his home, his health, etc… and sculpt the fat off that didn’t add to the narrative and move the film forward from scene to scene.

The retro super 35mm color grade was certainly a planned feel that my colorist, David Torcivia, and I wanted for the final product. With Thomas’ striking wardrobe and style, which he always picked out, I wanted to take away the harsh look that digital SLR’s give and soften the strikingly present art design. The combination of hand-held camera and retro grade was definitely on purpose to create a “Homemade” feel, winking to my filmmaking influences by Harmony Korine, and John Waters.

I hope after watching Thomas Bennett people see persons around them in a different way. Instead of overlooking someone, think about their story. The last words Thomas speaks in the film are what I want people to walk away with, “I just do the best I can.” This is ultimately the best we can do, and if Thomas is making it work anyone can.

Next for me is a project that I am ecstatic about. In early August my fantastic team and I will head to Miami to begin production on my next short film, Miami Monster.

Miami Monster is very dear to me. I have been writing and developing it for quite some time now. During the writing process I was heavily influenced by the mood and atmosphere of Roman Polanski and the camp uncomfortableness of John Waters.

When a washed up beauty queen finds a wretched monster on a Miami nude beach, she decides that becoming the monster’s pageant mom and exploiting it on YouTube will be the quickest way back into the spotlight. As promise of online fame drives her towards madness, her daughter and subservient husband must steal the monster and release it before it dies from overexposure.

We’re currently raising funds for Miami Monster through Kickstarter and it will be completed in early November for the 2015 festival circuit.