Martin Stirling directs this powerful message to LEGO in Greenpeace promo ‘LEGO: Everything is NOT awesome’ 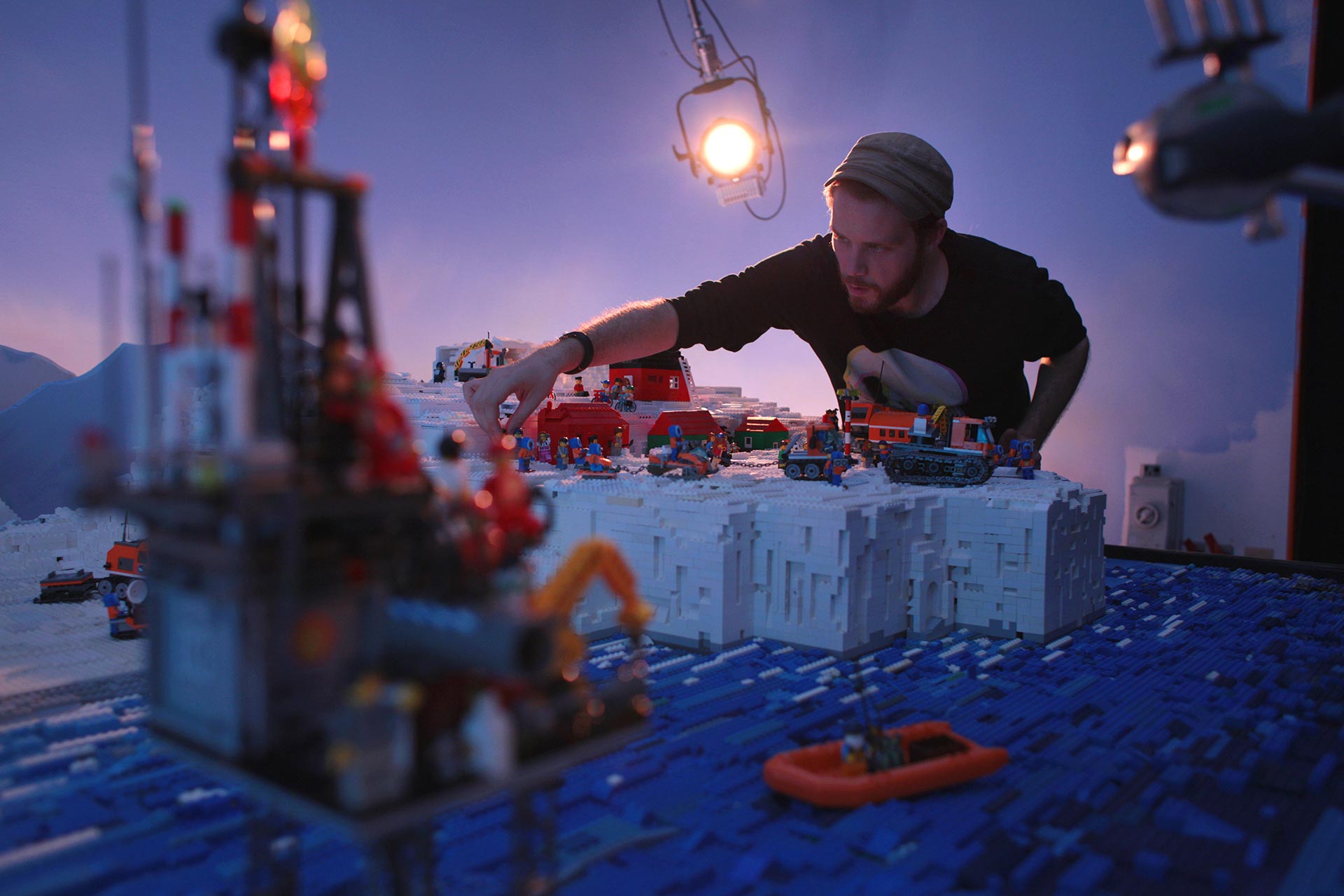 If you’ve been browsing the internet in the last couple of days and you’re a fan of online video (you’re on this site, so we’re assuming you are) you probably would have already seen the new Greenpeace promo topping the viral video charts. A video made to highlight the environmental organisation’s disappointment in family-friendly toy manufacturer LEGO’s affiliation with Shell. It’s a powerful short that uses the company’s infamous bricks to build a version of the Arctic that showcases the effect the multinational oil company is having on this frozen wonderland.

Imagine you’re eight years old and picture the Arctic. There are no oil rigs, no industrial shipping and no politicians fighting over it.

It’s just an endless sparkling expanse of sea and ice, populated by brave scientific explorers, magical animals and Indigenous Peoples who have called the far north home for millennia. An enchanted place to explore, create stories and let your imagination run free.

At least that’s what LEGO is telling kids. Its new Arctic play set has brought the magical polar north into kids’ bedrooms around the globe. And by doing that it’s helping to educate children and create a generation of Arctic supporters who will be inspired to protect it.

But sadly LEGO is only telling kids half the story. What it’s not telling them is how it’s also helping Shell to threaten this beautiful and fragile place.

You can read the rest of the Greenpeace statement on their website, there’s also a press release about the video and if you agree with what they’re saying, be sure to sign their petition.

Taking the reins of this high-profile video is friend of DN Martin Stirling. Since we last spoke to the rising director [Back in May 2013 – about his science-fiction short films Future Inc & Automate] he’s been busy…really busy. With two other viral hits on his hands – the Save The Children Most Shocking Second a Day Video and the Guantánamo Bay style force-feeding of Mos Def [see both videos below] – he’s rapidly becoming one of the internet’s most watched directors. Granting us an interview between meetings [it’s easy to see why he’d be in-demand], we spoke to Martin about how he became involved in this latest project and how he went about delivering a powerful message whilst still retaining a level of entertainment in the promo:

How did you come to be involved in the making of LEGO: Everything is NOT awesome and where did the concept originate?

The concept came from an agency who I’d worked with previously on the Most Shocking Second a Day Video and the Mos Def force-feeding virals. Richard Beer came up with this beautiful and simple idea and I instantly knew how it should look and feel, so they just let me get on with it.

There’s a lot of trust there and that’s my preferred way of working – start with a great concept and try and make it better.

The video has already clocked up over 2m hits on YouTube [Update: The YouTube video has now been removed due to a copyright claim by Warner Bros] since its release, did you know when you were working on it how big it was going to be and did you feel any pressure working on a project of this magnitude?

I didn’t feel any pressure other than making sure the finished film measured up to my own expectations. I always concentrate on crafting a beautiful story with an emotional punch and hope to hell that people find value in the message by sharing it.

How much attention did you put on getting a balance between the powerful message of the piece and it still being an entertaining and somewhat fun watch?

Quite a lot actually. I believe storytelling is a very delicate balancing act and sometimes you have to make sacrifices. The shoot was very long and tight and I had to drop a scene where we going to drown Superman in this insane Fortress of Solitude built out of Lego. It looked beautiful but I felt like we had too many pop-culture references and it was important to get shots of animals drowning – they’re much closer and more symbolic of the Arctic plight. (But the Superman set looked awesome!)

This isn’t just the Arctic, it’s the Arctic of a child’s imagination.

I noticed a few cameos in the piece – Halo, Game of Thrones – were these just fun cultural references or did they have a greater relevance?

Although the Arctic is under threat by organisations like Shell, we’re using it as a metaphor. This isn’t just the Arctic, it’s the Arctic of a child’s imagination, full of their favourite characters and ideas, from Jon Snow to Hedwig the Owl. Halo has a particular relevance as our film is inspired by the beautiful Believe spot used to advertise Halo 3 a few years ago.

Whilst the main focus of the piece is obviously the message, it’s hard not be hugely impressed with the epic feel of the film – just how much freakin LEGO did you use? And how long did it take to put together the set.

Haha, there is a lot of freakin LEGO! We used about 120kg to build the diorama which were all sourced from friends, freecycle centres and bundles from ebay and Gumtree. We had a team sifting through boxes and boxes of the stuff sorting them into colours and shapes. There was a lot of crazed mumbling by the end of the 3 weeks it took to build the set!

What we can we expect from you next?

As much as I love creating short content it’s time for a bigger challenge. I’ve created a TV series which is about to go into development and I’m shooting my debut feature in January next year. In the meantime I’m concentrating on not ruining anymore childhoods.

5 Responses to Martin Stirling directs this powerful message to LEGO in Greenpeace promo ‘LEGO: Everything is NOT awesome’