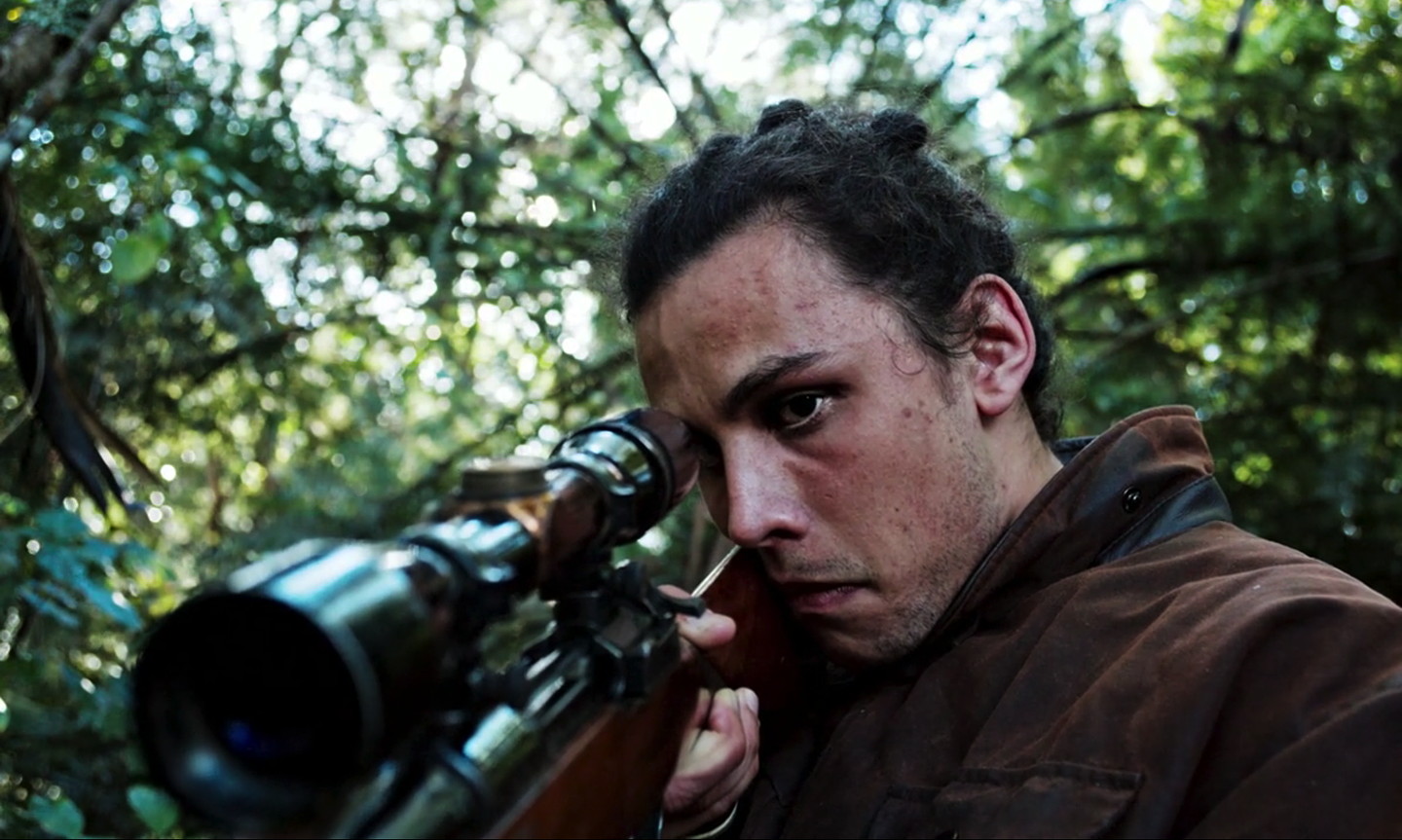 There are moments in life – some scary, some exciting, some full of joy, pain or terror – that we mark the passing of with a long exhalation of breath, be that intentional or involuntary. Those moments of holding it in, when the blood hammers through your ears, are masterfully collated by 3-shot music video ninjas THUNDERLIPS, who have once again teamed up with multi-instrumentalist Sheep Dog & Wolf for experiential music video Breathe. THUNDERLIPS tell DN about the brain racking process that went into the making of this enthralling collage of emotions.

Breathe feels like a concept which could have led you absolutely anywhere. How did you crystallise that into the scenarios which ultimately feature?

We actually started very specific – our idea was to shoot scenes of people not-breathing, for whatever reason, and we hoped that empathy would infect the viewer with a shallowness of breath. But the song is almost six minutes long – so we really had to dig to think up so many scenes where someone might not breathe – it just grew into this other thing, this cross-section of humanity.

By its very nature the idea required a large and varied range of faces and locations. What was your casting/location scouting process?

It took ages. Everyone we know is in the video. We (THUNDERLIPS) are in it – the producers are in it – and all of our friends are in it. All-told there were five different ‘blocks’ of shooting – each time we would seemingly exhaust our scene ideas, and our casting ideas, and locations – and then we would send the footage to our editor, and pretend we had enough for a month or so, before getting honest with ourselves and going out for another ‘block’. I dread the arithmetic that would supply us with an actual number of months… it took ages.

The camera style feels very observational documentary. Did you settle on that approach right away? What gear did use use to get there?

It was always very important to us that the camera is locked to the face, and static. When I watch the final video I get a sense of inertia from this static camera, it has its own static energy – if such a thing exists. We didn’t want to do anything distracting or stylized, because the objective is empathy – so naturalism was the goal. We shot the video on a Canon 5D III, hacked to record raw color information. This turned out to be really smart, because we could keep adding scenes without having to rent a camera every time. We did the color grade ourselves.

The emotional state of each person varies from shot to shot – how filled out was each character’s backstory behind those moments?

It varied. The scenes toward the end of the video are more physical, so less discussion was necessary – we just put people in difficult, breath-restricting situations and didn’t bother with the whole ‘acting’ thing. Other scenes had heaps of backstory, and were discussed at length with the cast; although the resulting shot may be completely opaque to the viewer, people seem to add their own backstory to these ones. Some scenes were so familiar – like holding your breath through a tunnel – that the cast just got-it right away, and played themselves.

The latter characters have shorter screen time than their predecessors, what drove that decreasing progression?

The song gets more desperate, there’s a kind of fight to it.

In the past week you’ve dropped videos for LarzRanda, The Leers and of course this for Shepe Dog & Wolf. Does that mean we have to wait a while now or will you have more goodies for us soon?

A couple more goodies in our goodie-pocket™: a sprawling, 35mm, seven-mintue, near-music-less music video that we are intending to inflict on the world any week now. And a one-shot LarzRanda clip that we’ve shot on 16mm, but don’t have any money to process – we might do some crowd-funding. Then we’ll replenish the pocket with more goodies, we’re looking around for great songs, we want to make a video for Unknown Mortal Orchestra.