Music video supremo and friend of the site Ian Pons Jewell returns with his latest project – a striking promo for Nimmo single My Only Friend. An atmospheric and cinematic accompaniment to the London band’s latest track, the director joins us to discuss his video’s distinct aesthetic and how the premise was inspired by a rather lucid dream:

I usually try to form a “pure” idea from the music, but in this case it ended up coming from a few different places. I’d previously written a script about a house full of people who don’t know each other, stuck in co-habitation. The storm ending then came from Dobi Manolova, co-writer and producer. She had written this beautiful script for a different track where a storm rolls in at the end connecting all these disparate characters we’d seen. I felt both of these ideas were perfect for Nimmo, and then worked this idea of the lightning striking to the beat. We co-wrote the script from these two different scripts basically. But after some time, in fact, after having released the video, I realised the populated spaces idea was from a dream I’d had many years ago. In this dream which I was lucid in, many people walked around, sat on the floor, all in this state of slight sadness and lack of hope. Being conscious of dreaming, I realised that they were waiting for me to wake up as if it was the apocalypse for them, these dream actors who play a role until the waking state. So I started seeing the lightning strikes as the synapses of the brain firing up before the dreamer wakes, and these dream actors are waiting for their world to end looking up at the edges of the dreamer’s brain. Of course, this is very far flung and Dobi will have a totally different reading which is what I love about writing with her. After we make the video, we always ask each… “so, what does it mean for you?”.

It was like starting a train that can’t be stopped. I find this with every music video once sign off happens. Whatever happens, it’s going to arrive at the destination. Sometimes you feel you’re really in control, other times a lot less so. With this film, I definitely felt it was pushing along outside of the control I’m perhaps usually used to. The cast were wonderful and just got the idea immediately after speaking to them all together in the morning. Borja, our DP, did an incredible job lighting it in a way that allowed total free movement. So once we put people into places they could move freely and only have us adjust them a little bit. So it was a real rush of adrenaline, but the cast made it far easier than it should have been.

We talked over a few references for the look, and the main one he talked about was the lighting in Last Days, but he took it to a higher poetic level with the climax. The camera work needed this drifting eye, and in fact it’s something I talked at length about with Dobi at the start. I’d originally imagined it with long shots, then went to quite a few cuts and so we then sat together and played the track and talked over the parts she felt had these shots linger on, so she had a big part to play also in keeping it in this wandering style. Borja then took it to where it is, it’s actually a totally different style than I’m used to or have done before and he played a big part in this which I’m incredibly grateful for. 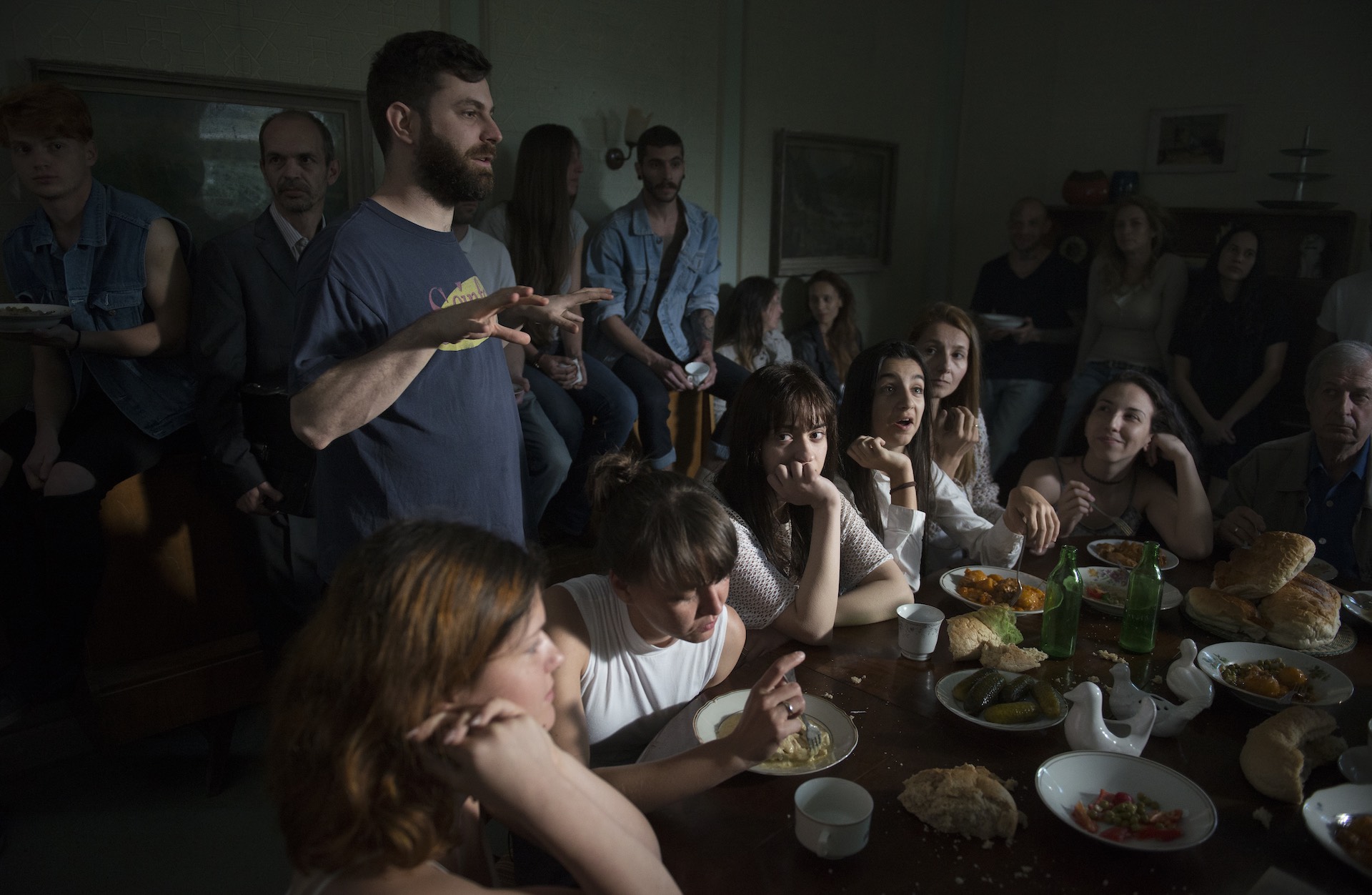 A few commercials at the moment. I had shot one just before the Nimmo video, and then had one happen straight after which is now in post production. I’m currently in pre production for one in Spain with Grayskull that I’m very excited about. Strangely, the idea of the commercial is of very populated spaces. I got the board before Nimmo was released, so it was a strange coincidence. Borja was available and lives here in Barcelona where I am at the moment, so I’m very happy I can work with him so soon after Nimmo, and weirdly it’s on an idea not disimilar to the one we just did.