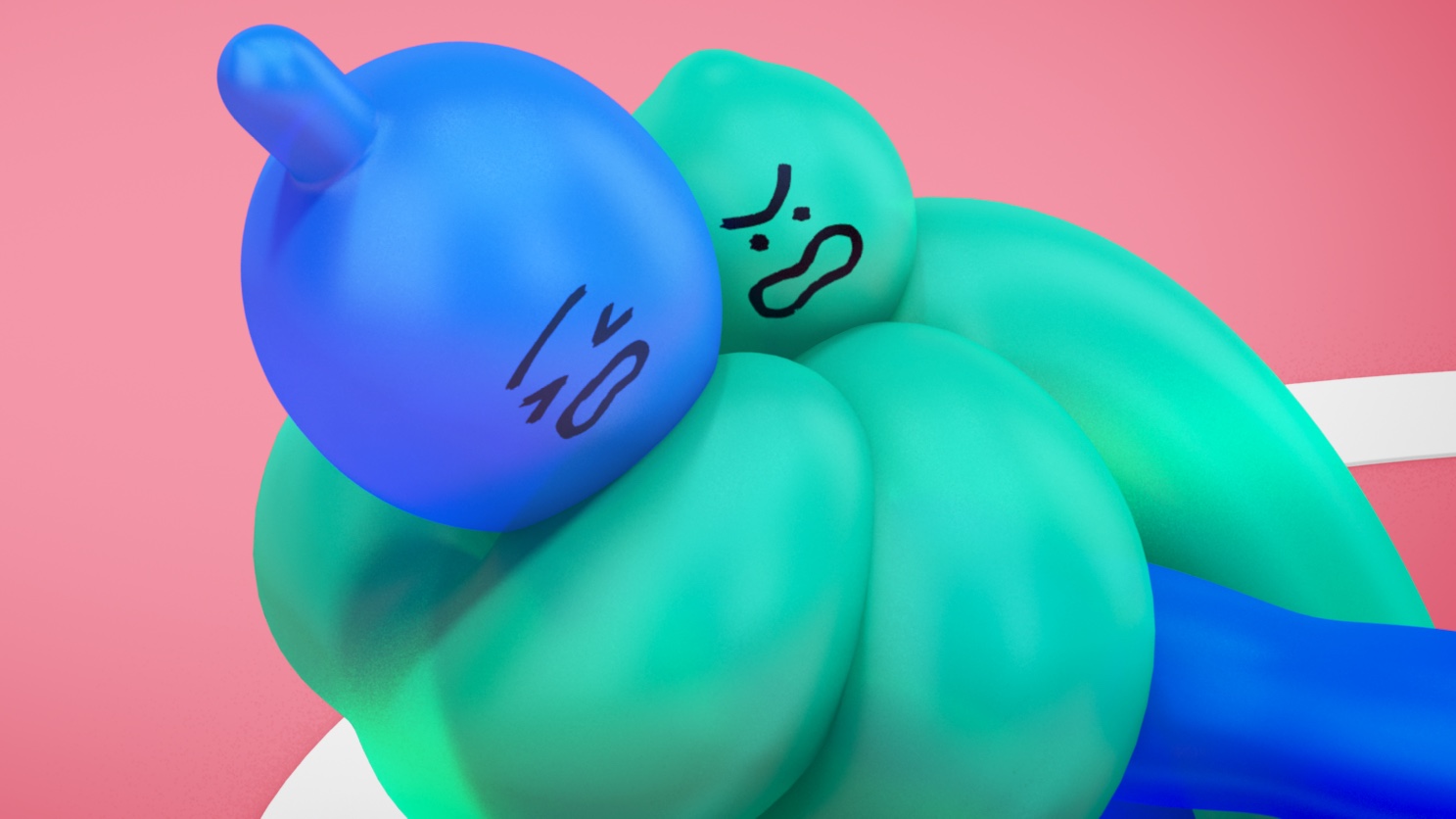 In case you’ve decided not to turn on your TV, listen to the radio or pick up a newspaper over the last week, you might not have noticed that the Olympics are currently in full flow in Rio. Here to inject a huge slice of fun into these competitive times are London-based animation studio Animade. Serving up a series of five ridiculously rubbery animations with their Olympops project, the talented team reimagine a selection of the competition’s sports with the athletes replaced by awkward balloons characters with felt tip pen faces. Senior Creative Russ Etheridge joins us to talk about the series and why they decided to honour one of the sporting calendar’s greatest events with their own brand of Animade humour:

What made you want to celebrate the Olympics through a series of animated skits?

Recently I’ve been working on a personal project involving a series of ‘hand’-based looping GIFs. They’re all animated in 3D using a single character rig, which allows me to make a fun little animation relatively quickly. Tom (Judd), our director, approached me with the idea to make something similar in celebration of the upcoming Olympics. I had a gap in client projects coming up and we’ve also been trying to push our 3D animation more, so the timing was perfect. The Olympics as a theme has lots of potential for short animated skits, so it was time to get our creative hats on and have a giggle coming up with some ideas.

It’s become a bit of an ethos at Animade that all great ideas are born from great puns, and this was no exception. We sat down for our creative kick-off meeting and pretty much the first thing that came out of Ed’s (Barrett – Animade’s Creative Director) mouth was Olympops. We threw around a few more puns, mostly of a puerile nature or containing swear words; or genius but tricky to work into something with mass appeal, like Old Limb Pics. So, Olympops it was! Popping characters was the first creative leap, then with some development and idea brainstorming for possible skits I decided we’d have a wider range of character actions and behaviours to play with if we gave them balloony properties. I went through a range of character shapes and style frames, and even bought some balloon animal-balloons to experiment with as ‘reference’. Once I’d designed the character that would eventually become the diver, we all agreed to go ahead with this route.

How did you decide which sports you wanted to cover?

Once the theme was decided, I went away and rustled up a few possible starting points. I took those into a creative meeting where Tom, Ed and I developed the ideas along with a bunch of new ones into lots of possible routes for the skits. The choice for the sports came quite naturally from what we wanted the characters to be doing. Floating away worked well on top of a diving board, and being squeezed until your body extends into a giant sausage works well in the wrestling ring. Initially we wanted one based around the 100m to be the first release as it’s arguably the most iconic Olympic sport. However, when animation production started it kind of stood out against the simpler ones based around just one or two characters, so the decision was made to pull it as we only had limited time—and that time was better spent on the stronger ideas.

What are the incredibly talented Animade crew working on next?

Aw, thanks for the kind words! I’m still plugging away on my ‘hand’ animations during down-time, perhaps even pushing them into something a bit more developed. We’ve also got a lot of rather exciting client projects on the boil and another of our animators, Lana, is in the midst of a short that also happens to be of the sporting kind. All the while we’re continuing to develop our web-app for simpler storyboarding, Boords. We recently launched the second iteration with a few major updates, and there’s lots more in the pipeline. Keep an eye out for nice bits and pieces on our blog, Notes, where we share our internal experiments and behind-the-scenes peeks.