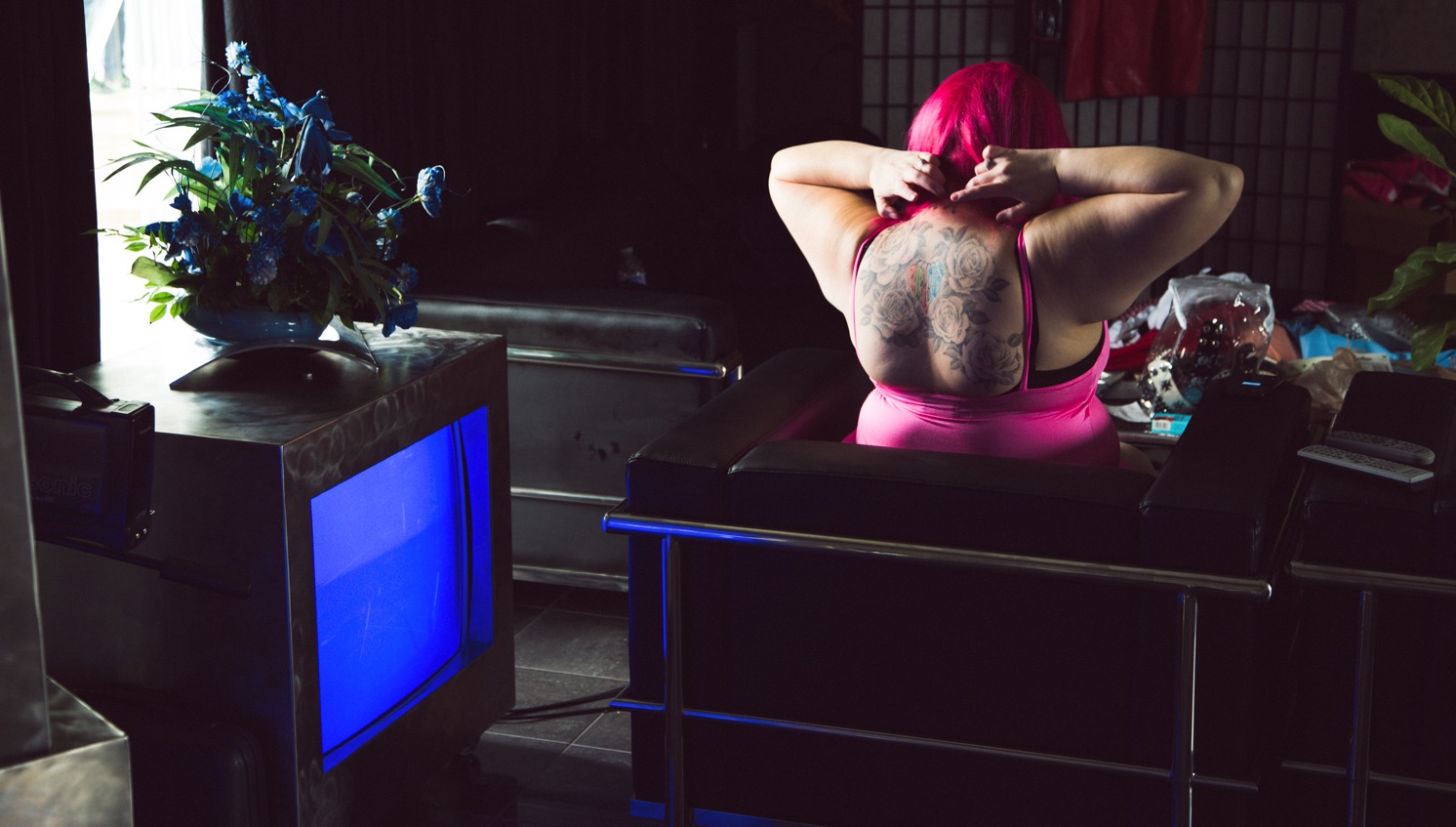 The work of Director Aaron Brown (aka one-half of Focus Creeps) is something we’ve long admired on Directors Notes – if you follow our Vimeo channel closely you would have certainly come across his videos before. A bold filmmaker with a distinct style, viewing his work is always a timely reminder of exactly why I love independent filmmaking. Free from restraints and expectation, his directorial style manages to feel challenging, refreshing and yet strangely accessible.

I was wondering what the fantasies of the fantasy makers are. I had this kind of agenda to set up what we know about pornography and then experience some kind of unexpected human connection. Almost as if two actors performing a sex scene unexpectedly fell in love. What I left with though after the shoot was: the actors and actresses in that world have a lot of control over what they do or don’t do, what their schedules are and when or why they work. A lot of the crew and cast were making jokes about the same dating apps. In other words the actors and actresses were living in the moment making decisions that weren’t based on fantasy at all. It all felt very practical. All the spiritual gurus say to live in the moment, meanwhile I’m always thinking about fantasy and dreams and so on. What is exciting about these characters is that by demystifying the fantasy their true characters are even more moving and fulfilling than anything I or anyone could have ever made in their head.

What do you hope people take from watching the Medussa’s Outhouse promo? 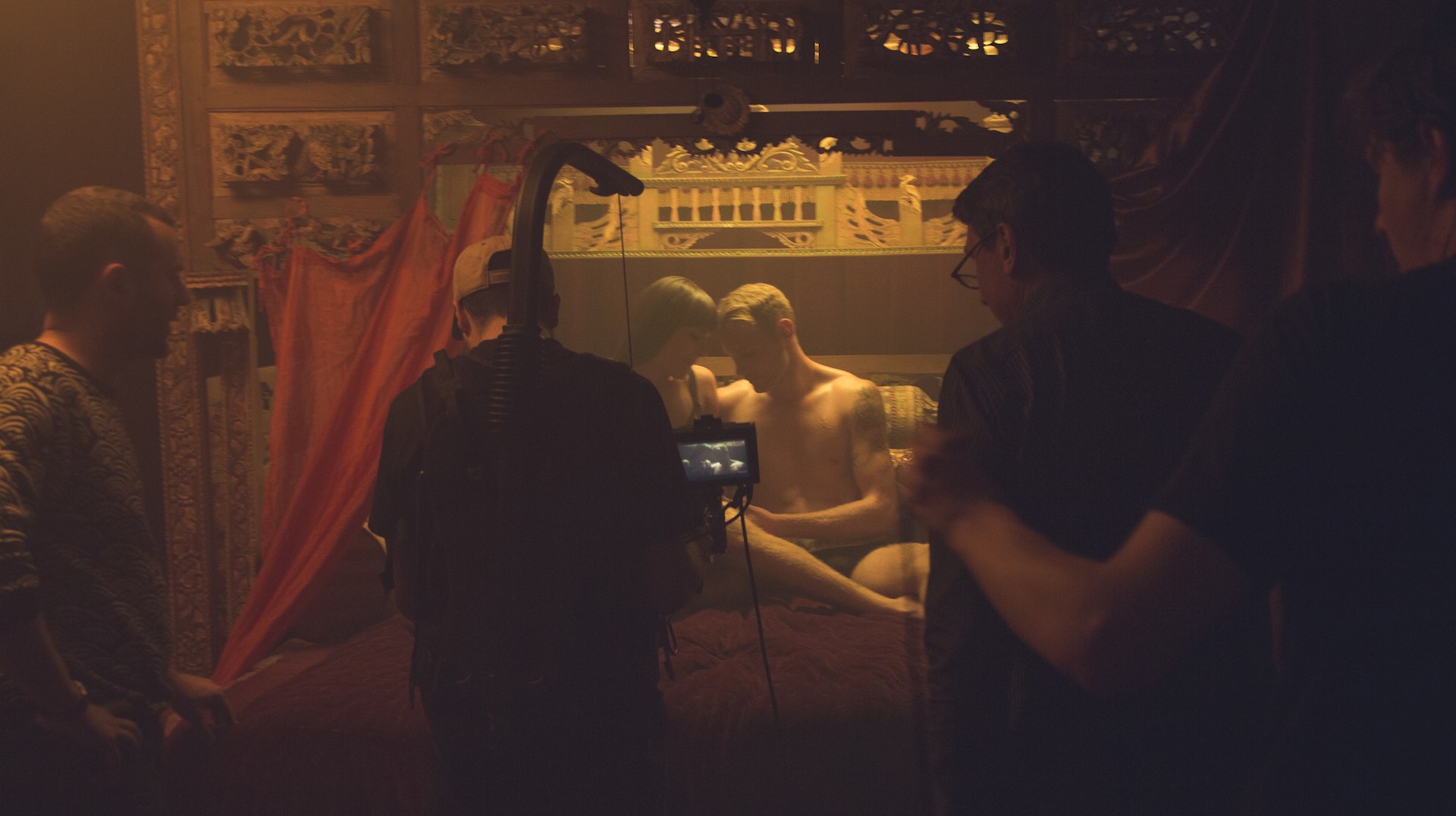 Creating a film within a film can often be a difficult process, did you prepare any differently for this shoot than you have for other projects?

The scenes were actually very planned. We worked with the actors and Steve Holmes the director in the video within the video to create scenes that would give us the story arc our video needed. 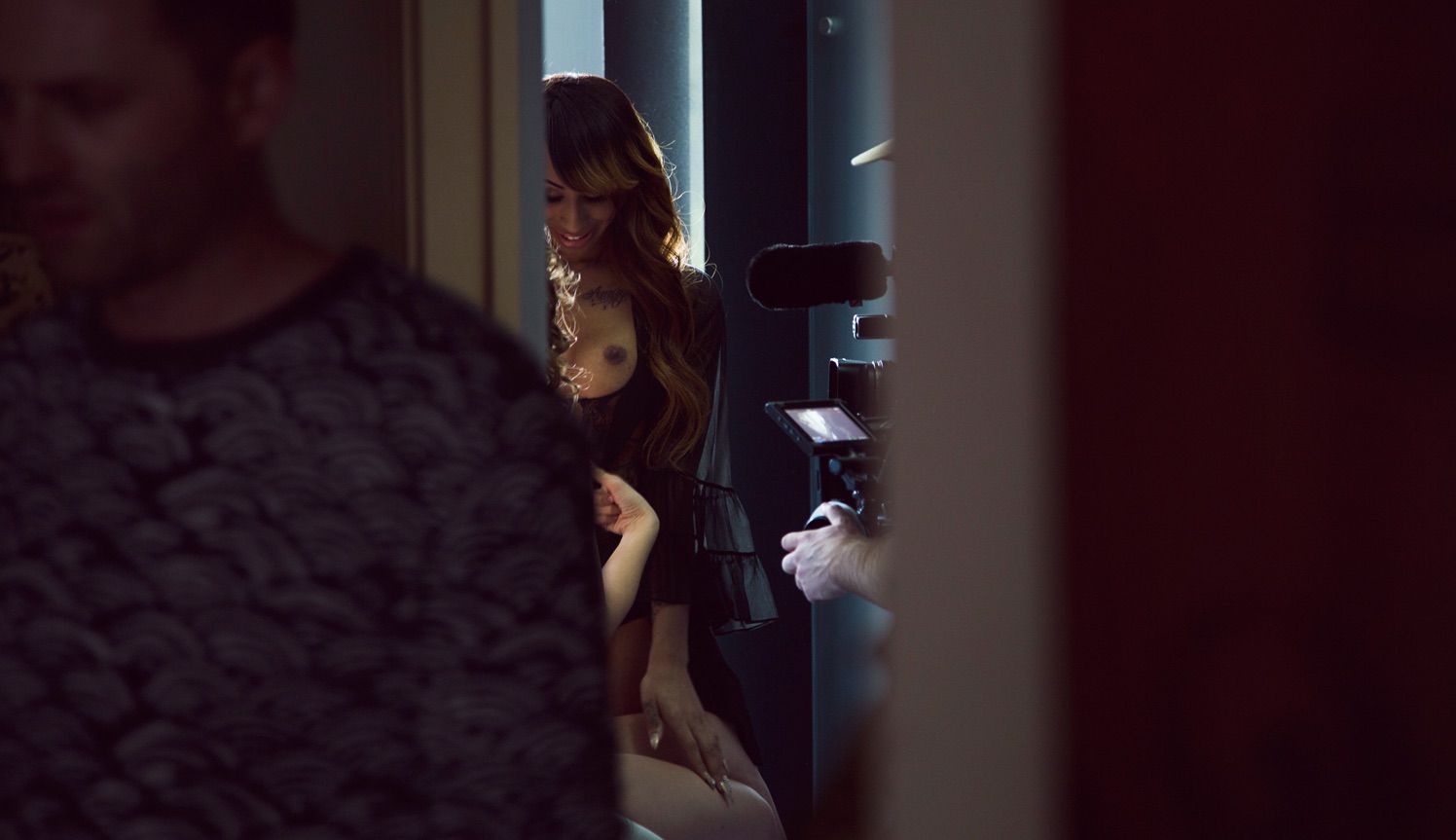 How much consideration, both when shooting and in post, did you have to give to the “NSFW” element of your video? I’m assuming for this to be screened in certain places. there were certain aspects of what you were capturing you couldn’t show?

While developing the idea there happened to be a beautiful exhibit of BTS photos by Larry Sultan at LACMA. In the same way as these photos leave a lot to the imagination, Frank Mobilio the DP and I thought about ways to frame out the explicit moments by obscuring them or leaving them out of focus to feed our imaginations to fill in the blanks. 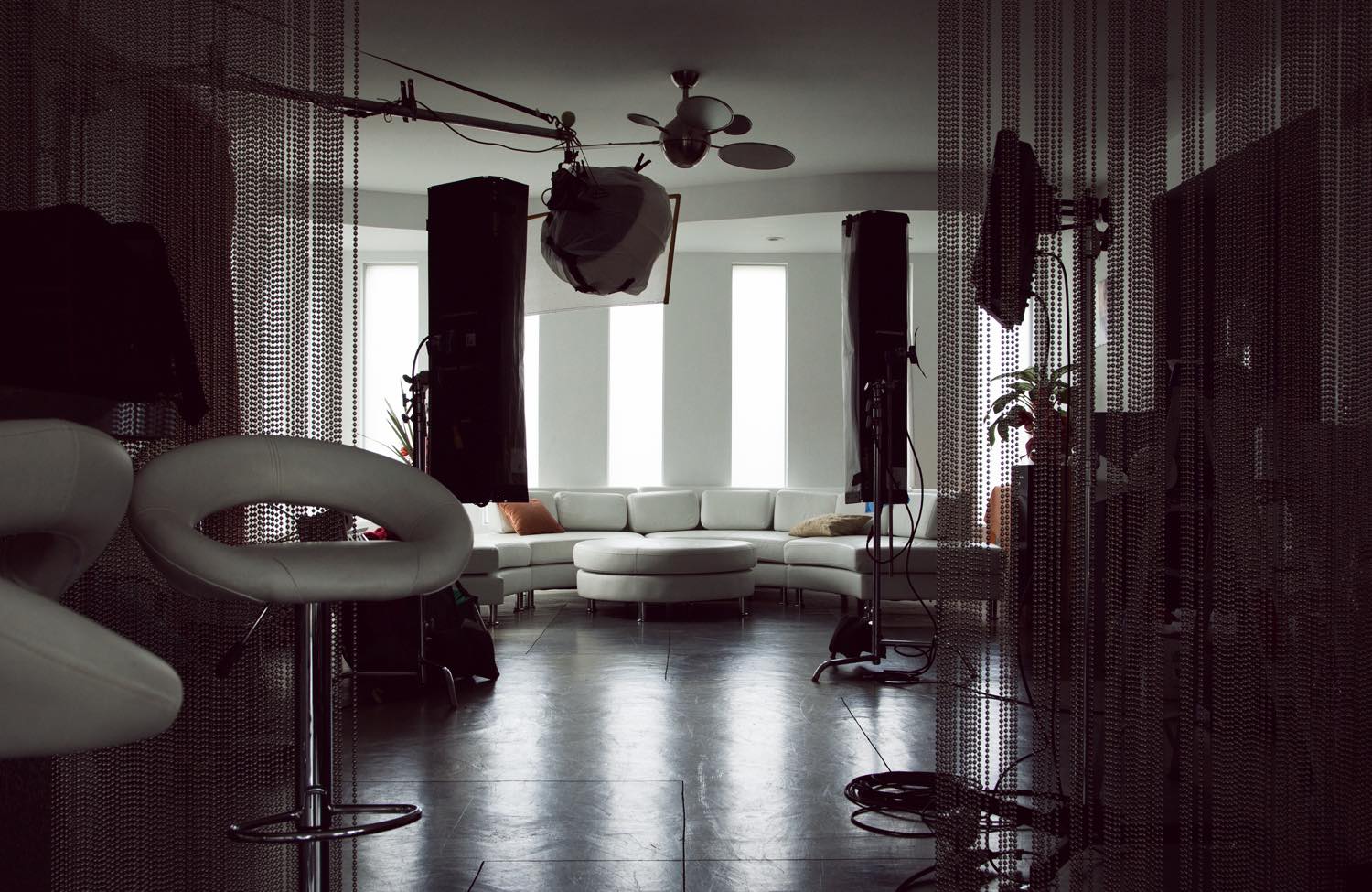 Next I’m developing a feature about the death of the weed industry. It’s a western about the last gasps of any kind of wild west. There’s actually similar themes at play in the film as the girls talk about in their interviews in Medusa’s Outhouse. Cass and I have been talking about the score for the film as well.

All photos in this article were taken by Nathan Seabrook