Pee. Wait. Panic. Alice Seabright Charms the Pants off Us With a Night of Soul Searching in ‘Pregnant Pause’ 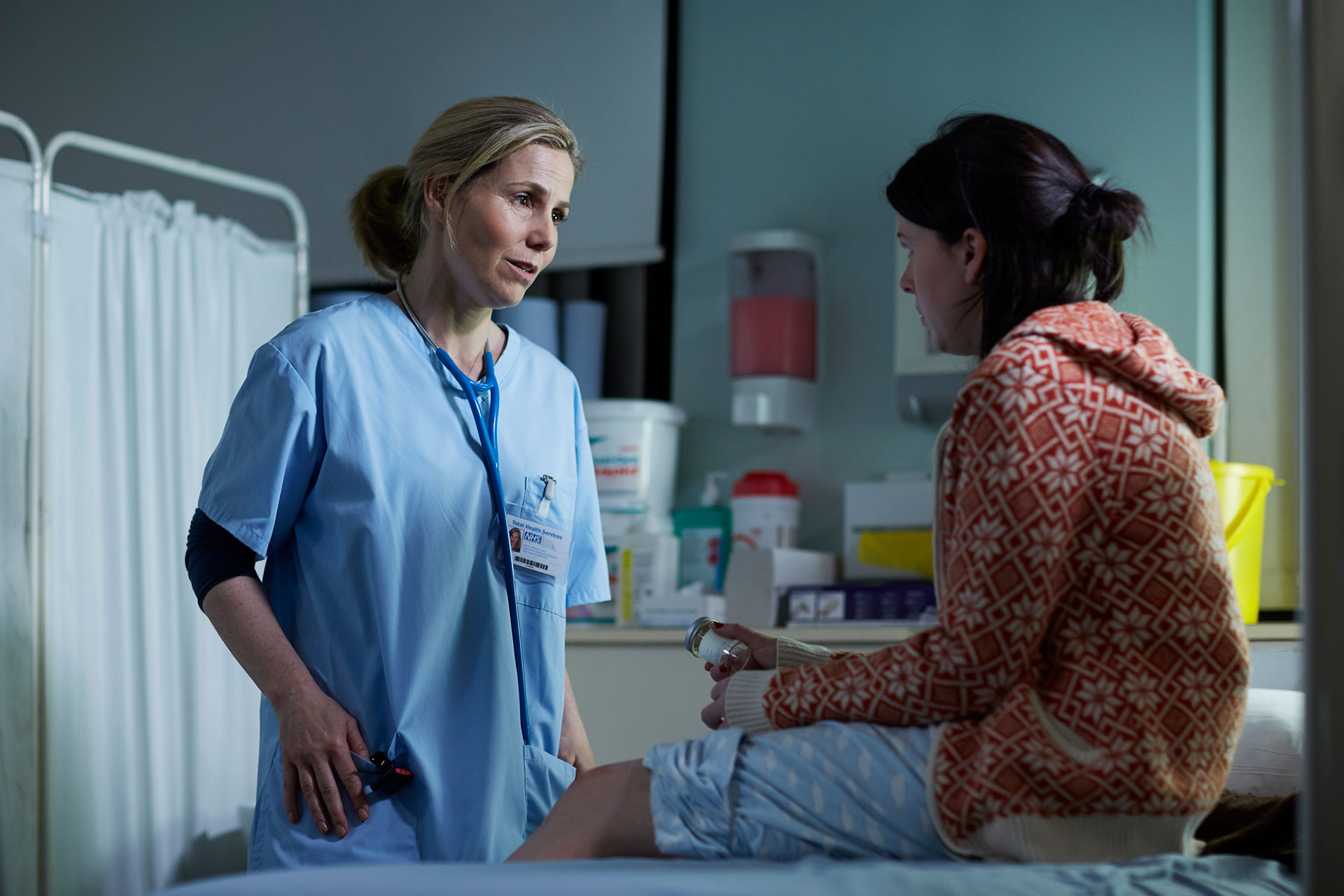 Winner of a Virgin Media Shorts award in 2012, Writer/Director Alice Seabright is now looking to impress audiences further with her 13-min short Pregnant Pause. A character-driven tale about a young woman who discovers she might be pregnant, Seabright’s charming film follows protagonist Steph on a night of indecision as she tries to discover whether she’s ready for motherhood. Funny and endearing in equal measures, Pregnant Pause is a hugely enjoyable watch and an impressive calling-card for a filmmaker we here at Directors Notes expect big things from in the near future.

Pee. Wait. Panic. Steph is in a happy long-term relationship, but now she might be pregnant, she has no idea what she wants.

You wrote & directed Pregnant Pause, how did the story originate and what made you want to tell it in the short film format?

Pregnant Pause was originally part of an idea for a series of linked shorts called Small Worlds, which I developed with brilliant writer and friend Laurie Nunn. Together, we mapped out six, small, character-driven stories that straddled the genres of comedy and drama, then wrote half each. This short was the first in the series, and so far the only one we have made.

The idea of a girl holding a pregnancy test in her hand that contains potentially life-changing information, yet delaying looking at it, struck us as an interesting short story. It’s a funny lens through which to explore the character’s anxieties and extrapolations as well as her feelings about herself, her future and her relationships. I totally relate to her approach, and yet recognise how utterly insane it is – which makes me laugh, and that’s always my favourite starting point.

The film has a kind of alternative Rom-Com feel to it, where characters actually feel relatable and real – how much focus did you put on trying to ensure an audience would connect with and care about your characters?

All the focus. Or at least, I wanted to write about characters that I connected with and cared about, and then crossed my fingers so damn hard that an audience would feel the same way.

I don’t think I conceived of it as an alternative rom-com, although I can totally see why you could call it that. In writing the story, there were two main things that I was trying to get right. First of all, I wanted to explore attitudes to motherhood, pregnancy and abortion. Myself and many other women I know have feelings about these questions which are much more complex than what is usually portrayed on screen, or in fiction generally. The idea that we should deeply desire motherhood and procreation is so drummed into us, and yet I know that’s not how we all feel. On the flip side, the character of the commitment-phobe boyfriend, always one step behind his girlfriend who just wants him to put a ring on it, also felt limited to me. Obviously, there are loads of amazing pieces of fiction that explore the range of attitudes and feelings towards impending parenthood, and they’ve been great inspirations to me: there’s nothing like recognising the complexities of your personal experience expressed by someone else. But I was also inspired by all the lazy stereotypes I’ve seen over the years, to try and get down what felt truthful to me.

The second thing I wanted to talk about was the limbo of that phase of life. Steph in this film is on the threshold of real adulthood. She’s not too young to have kids, at least according to society’s ideas of what age is appropriate, and yet she feels drastically unprepared. She’s standing right on that line, and feels pulled in both directions.

The film revolves around Steph and her interactions with three different characters on a night of soul searching. Each of the three characters she encounters (played by recognisable faces for British television fans) brings a little something different to the story…how did you go about casting for your film and what do you feel your cast brought to the production?

Anna Hargreaves (the producer) and I talked at length about who would be right for the various parts, as we really didn’t want to let the project down by bad casting. We both watch a lot of film and TV so we had a lot of clear ideas, but one of the best decisions we made was to bring on a casting director, the wonderful Theo Park. It was great to get her to take on our suggestions, and hear of people we might not have known about. Theo and Anna were the ones to suggest I check out Jake Davies’ work. He plays the young man in the car, and he was absolutely brilliant. He’s about to be in The Missing series 2, and I’m sure will be a star before too long.

Theo also allowed us to dream big. Alex Roach was our ideal Steph but we were tentative with the idea as we assumed she would be busy. Same thing with the other cast, including the titan of British comedy that is Sally Phillips. Theo made us realise there was no harm in asking. And to our astonishment, these wonderful actors read the script and agreed to be part of the project. It was fantastic and also terrifying, because now I actually had to direct them!

The cast brought everything. I think a character being brought to life by an actor is the coolest thing to see happen. The character is just a hypothetical until a flesh and blood person is actually saying the lines. We workshopped the script and I did quite a bit of rewriting once the cast was in place and I could hear the script I’d written out loud. Part of that was tweaking the dialogue to feel more naturalistic, but I also cut quite a bit. I probably have a tendency to overwrite, and with great actors, sometimes the less said the better.

What can you tell us about the shoot? What did you shoot on? How many days? How big was the crew?

We shot over three days in London, in three different locations: the flat, the hospital & waiting room, and the exteriors. It was a very tight schedule but we went into it with a naive optimism which saw us through the highs and lows. Director of Photography Nicola Daley shot the film on an Alexa mini and Zeiss super speed lenses. It was nearly all handheld and so she needed something that wouldn’t break her back – we’d planned on using an Amira but then an Alexa mini became available and it was perfect. Cast and crew was about 18-20 people in total – a full team, but lean, which was quite important especially when navigating small spaces (e.g. a tiny toilet).

Anna and I are developing another short together. I hope we can make more of the shorts from the original Small Worlds series as well. We’ve also developed a TV pilot together which we’re trying to find a happy home for, and now I’m back to writing. I’m currently grappling with a feature, which is a relationship drama set in a near future. As ever, half the battle is writing stuff you really want to make, and the other half is convincing people to let you make it.