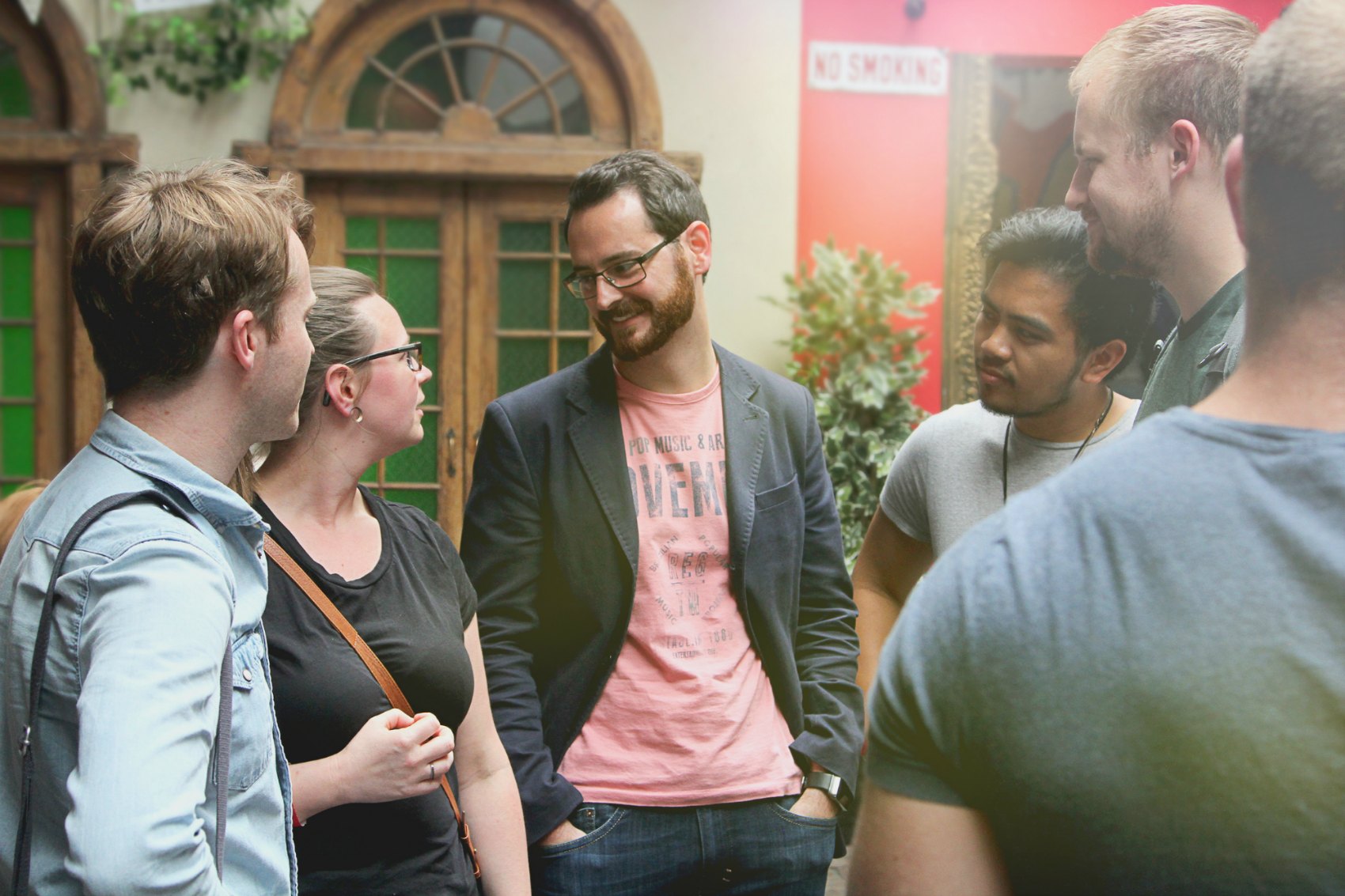 Short Sighted Cinema is a hub for all things short film. It was founded by Gem Carmella and Kate Williamson in 2011 over their love for the short film format and since then they’ve been promoting and running events all over the country. Ahead of the next instalment of their The Shortest Nights programme, an annual celebration of short film that takes place on the shortest day of the year, we spoke to Kate about the inception of Short Sighted Cinema, what’s in store for this year’s event and their ambitions and plans for short film in the future.

How did Short Sighted Cinema form?

Kate Williamson: Short Sighted Cinema grew out of a fortunate crossing of paths, a job rejection, new friendship, a fear of public speaking and of course, a love of short film. I was running a popular free film night in South London where I met Gem and was planning a to launch a new and better event at the Ritzy back in 2014. I’m definitely more of a behind-the-keyboard type and Gem loves being in front of audiences… so it all sort of took off from there!

Short film is a medium that allows for huge creativity without committing to a ‘resolved’ story line – you get a taste of character, without exhausting it. Less is more.

We’ve come a long way since then. We’ve launched a film festival, co-commissioned a ton of new shorts, toured the country and curated dozens of inspiring, entertaining and creatively-themed programmes of short films.

As programmers, what is it that attracts you to short form film format?

KW: For me, it’s a momentary dip into another world. Short film is a medium that allows for huge creativity without committing to a ‘resolved’ story line – you get a taste of character, without exhausting it. Less is more. It’s also a great medium for filmmakers to get experiment with, to play with new ideas and styles – which pairs well with our audiences who are often new to the genre. It’s great to sit down to a screening of shorts without knowing what you’re going to see, to trust the programmers to deliver goodness to the screen.

Does it affect your criteria for film selection?

KW: It’s totally organic, every programme is curated from what we’re submitted and every film is equal. We try not to look at who the filmmaker is or any synopses and instead let the films speak to us. When we’re curating the festival, we know we want 5 or 6 different themes, so once we’ve watched through everything it’s a matter of picking our favourites and seeing what narratives bring them together.

What’s the response been like from the audiences who have attended your previous events?

KW: We have a lot of loyal followers who come along to all our events, which is always a good sign! We’ve also seen a few new films created out of collaborations sparked through our events. Recently we’ve been doing a live Facebook Q&A film club with Metro, where we’ve had audiences of up to thirty thousand people with floods of encouraging comments – keep an eye out for our return! 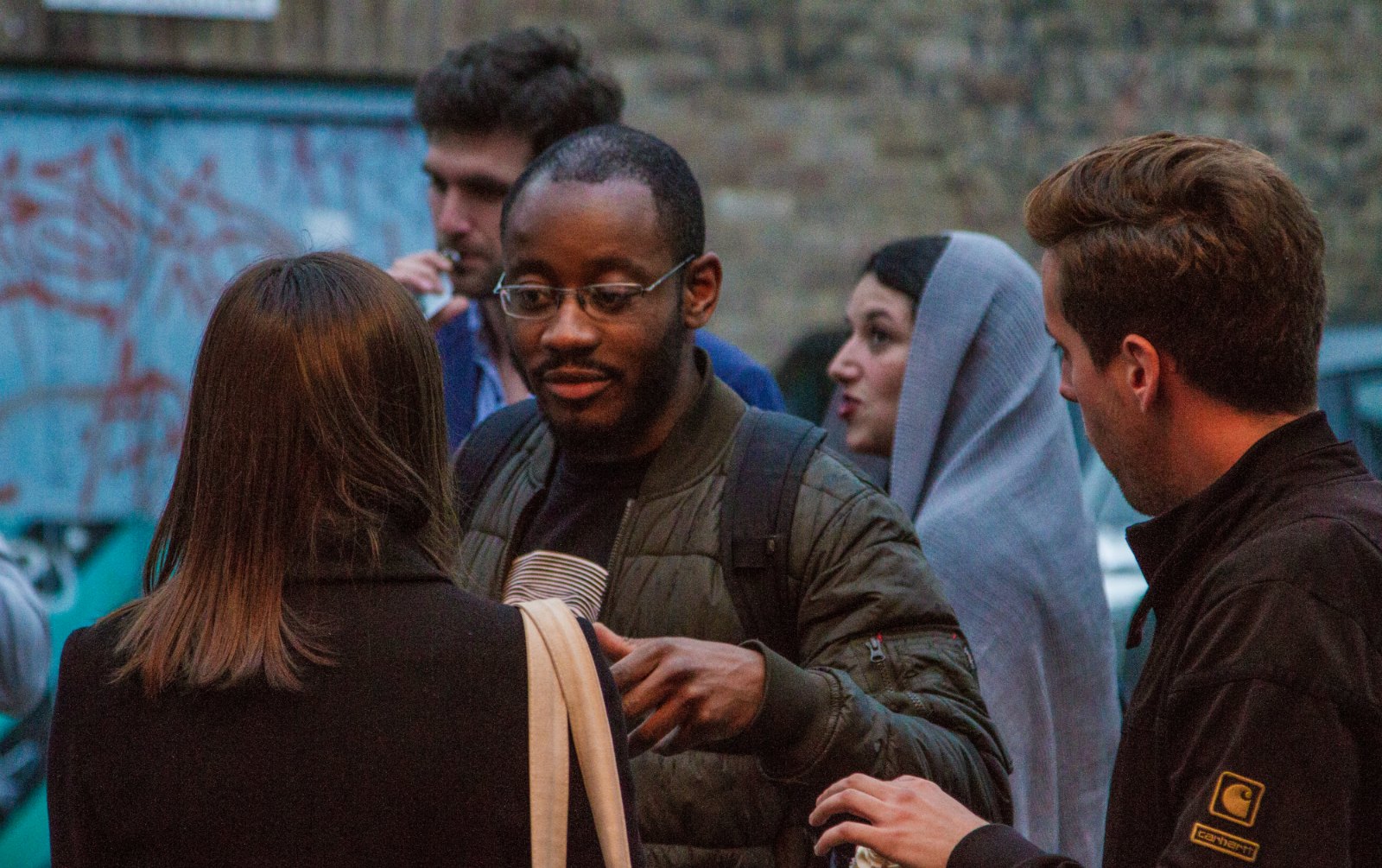 Going forward, what are your aspirations for Short Sighted Cinema, where do you see it going in the future?

KW: We’ve both dreamt about opening our own community cinema and events space… but that’s a long, long way off. In the mean time, we’re working towards getting short film on to as many screens as we can, pushing for a greater acceptance of the medium in the mainstream. We’re very keen on cross-arts events too, with regular film and comedy/spoken word/debates collaborations in discussion.

We’ve got more female filmmakers than ever, a lot of newer and younger directors too, as well as some Short Sighted Cinema alumni back for another year.

And how is this years’ The Shortest Nights event shaping up?

KW: Bring it on! We have 40 films across 6 screenings, all in one day. It’s the most stressful and rewarding event of the year, totally worth it. We’ve got more female filmmakers than ever, a lot of newer and younger directors too, as well as some Short Sighted Cinema alumni back for another year. We always aim for a chilled out, friendly vibe that’s open to everyone, but just in case anybody’s a bit intimidated or doesn’t know anyone, there’s a filmmaker networking session (for free) at 1pm.

Sweet, so when and where does The Shortest Nights take place?

June 18th, at Yard Theatre in Hackney Wick. Come and have a day out by the canal, there’s outdoor seating, food vendors and – hopefully – some sunshine, for in-between screening breaks.