One of the main challenges of shooting a music video is what to do with the limited time you have with the talent, sometimes you only get hours to work your magic…if they turn up at all (I’m looking at you Young Thug). This was exactly the challenge Brian Petchers was facing when coming up with a concept for Steve Martin and the Steep Canyon Rangers track Caroline. With Martin on tour and only limited availability for a shoot, the NYC-based Director decided to employ a little green screen action and some miniature sets to create his music video…oh and did I mention he also got Bill Hader and Cecily Strong involved in the shoot?

How did you become involved in this video and how did you come up with the concept?

Shortly after beginning to collaborate with Dreambear, a Brooklyn based production company, they sent the song Caroline by Steve Martin and the Steep Canyon Rangers my way and asked me to pitch an idea for the video. The only caveat was that Steve only had about 3 hours to film while he was on tour with Martin Short in Minneapolis. So as a result the first thing that came to my mind was shooting on green screen and relying more heavily on post-production to tell the narrative. The lyrics tell the story of a man seeking affection from a woman who has no time for him, or seemingly anything but herself – although they previously had a brief relationship. I took the concept which Steve had already laid out in the song and built upon it, weaving the band in and out the video, as well as the characters’ lives. At this point we didn’t know who would end up playing the lead roles. I also pitched the concept of having everything besides the people be animated in afterward.

Why did you decide to employ stop-motion to tell this story?

I knew I wanted the animation to be something that had a 3-D feel and texture – I didn’t envision it being drawn in. Shortly after I was given the job, Dreambear brought on board animator Lawrence Becker, who has a very specific style of work and specializes in stop-motion. We sat down and drew up each frame and as we began speaking of the tone and exactly how this would feel, stop motion became the obvious direction. We chose this not only because of the whimsy of the music but because it was different to mix stop-motion and live-action, something both of us had not seen before.

The creation of this film looks as if it involved a load of green screen shooting and the construction of some miniature sets – what was the most challenging aspect of the shoot?

Most challenging aspect of the shoot was to keep in mind the perspective of the camera when shooting the scenes that involved various depths and multiple people. For example, when Bill is approaching Cecily’s apartment he looks up at her and she is in the window. There’s no way to do this on green screen in one shot so we filmed them individually and adjusted the perspective of camera depending on whose part we were shooting, even though the end goal is to have them both in the same frame. For a lot of the scenes we would shoot Bill at eye level and have to bring the camera almost down to the ground to shoot Cecily to create the illusion that this is being shot at the same moment – if we shot them both at eye level it would feel disjointed in the end. We had to assume Cecily’s bottom half would be cut off by the window and the camera was on the street. And there were also many late nights working on post/coloring and putting it all together.

Lawrence said this about post-production “The most challenging aspect for me was time. Building as many sets as I did, and then working on all the green screen footage was tough considering the due date of the video. I had to find a balance between getting the sets done and making them detailed enough for my liking from all the different camera angles. I was working alone too, so I pulled a lot of all nighters. Then the back and forth with Brian trying to color correct the footage to match the sets was challenging too. Luckily, we had a good back and forth going and we made it all work.”

How did Bill Hader & Cecily Strong become involved in the project and was there any added pressure working with recognizable talent (and of course comedy legend Steve Martin)? 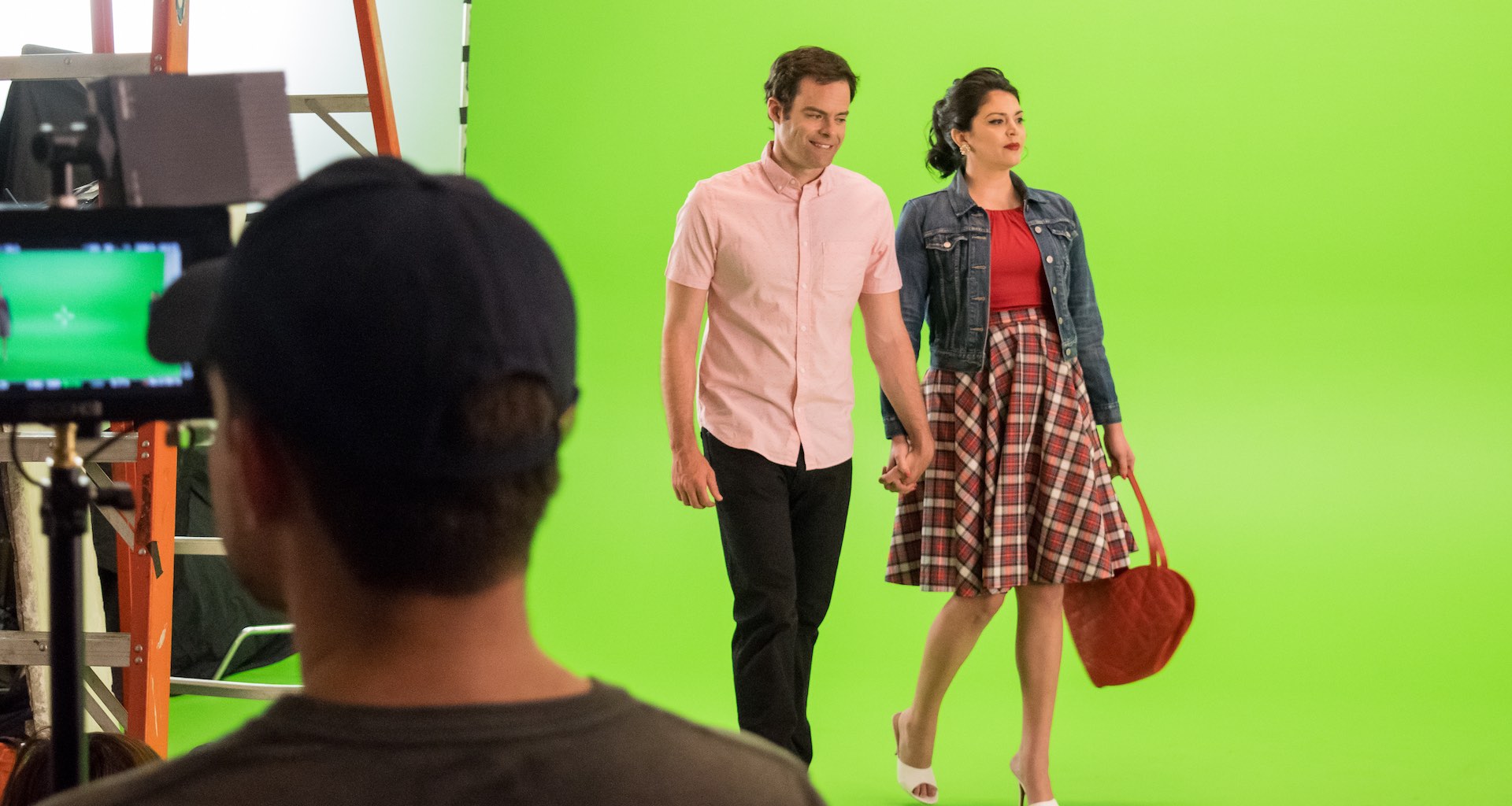 Bill and Cecily became involved because they are friends/fans of Steve and simply wanted to be a part of this project immediately after they were asked. Cecily came on board first and almost within a day after Bill did as well. Working with them definitely added pressure, but if anything it helped my focus, preparation and the clarity of the decisions I made on set. I knew that every second counted so we kept things moving very quickly. Bill, Cecily and Steve were all incredibly professional and friendly (and funny). Very much an honor to work with them.

I would imagine the video felt pretty fragmented until you got to post-production and finally began to put things together and create your universe, how close to how you pictured the project is the final video and did you have to make any compromises along the way?

The video was certainly fragmented and I’m thankful the label and everyone else went along with the concept probably not being quite sure what the end product really would turn out to be. It came out pretty close to my initial vision and that is very much in part because of my collaboration with Lawrence. Had we not, right off the bat, drawn out each frame and gotten on the same page, that might be different, but working off a single guideline was incredibly helpful to stay on track. I didn’t fully know what to expect from his sets but all exceeded my expectation. I think inevitably with the creative process a project is going to take on a life of its own and comprises will have to be made but as long as the decisions that are made still reinforce the initial vision you’re in good shape. Fortunately, everything fell into line pretty smoothly. 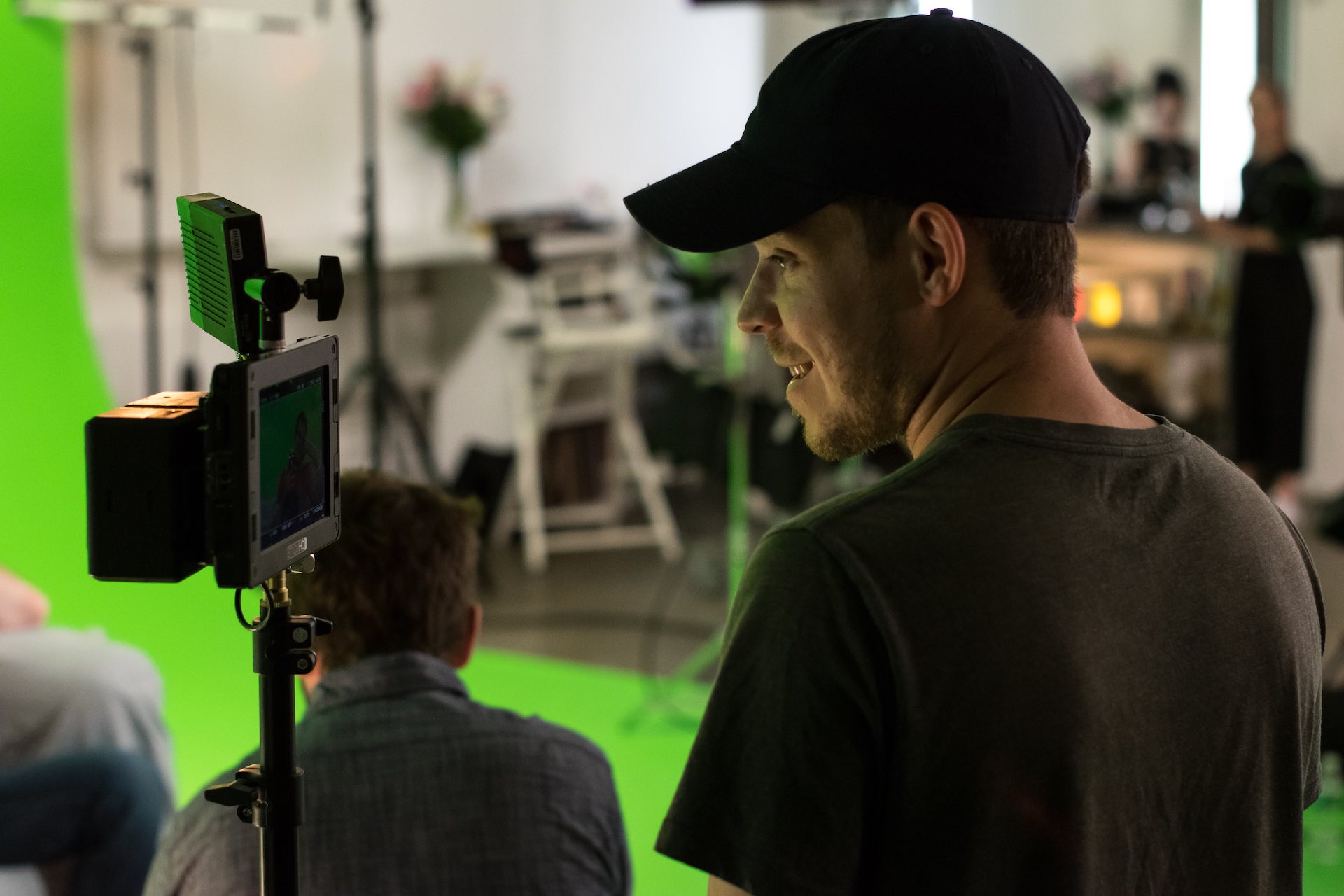 I’m in post production on 2 new music videos. One of which is with a frequent collaborator of mine and great talent – Dylan Owen, our last collaboration was shortlisted for the 2016 Cannes Young Director Award. Both works vary quite a bit from the style of Caroline. I am also currently in production on a documentary series for Forbes on young entrepreneurs for the Under 30 series.