Described as the purest video he’s ever made, Ian Pons Jewell returns to Directors Notes, for a fifth time, with his mysterious and atmospheric video for Sevdaliza. Set in a grand Italian house, we quiz the director on the importance of his location and how he used some well-considered FX to create a vision of the ‘soul’.

The concept for the Hear My Pain Heal is probably best described as enigmatic, how did you come up with the premise and how would you best describe it?

This is probably the ‘purest’ video I’ve made to date. I saw the entire video in my mind on the first few listens, it then hardly changed from that. I first saw Sevdaliza kneeling beside these large bare feet of a dead man, mourning her lover, but his face always obscured by the table cloth’s shadow.

After this first scene clicked on that first listen, each subsequent playing of the track built from this until the video you see now. So it was only after this that I was then able to analyse it myself, as you would a dream. It all played out very subconsciously.

I’d describe it as a tragic love story in which we witness the departure of a dead man’s soul.

Despite the very planned out timing, Gaia Borretti our editor then brought a beautiful pace to it all, changing it somewhat to its original structure in parts.

I’d describe it as a tragic love story in which we witness the departure of a dead man’s soul. Something has come over the house, as we see Sevdaliza and the house maid descend into a sort of madness brought about by this death. That’s the short version I guess.

As always with your videos, this latest is a real visual treat, how did you approach the dark tone of the aesthetic and what did this mean for the production?

I think it’s an aesthetic I’m generally drawn to, but tend not to be able to utilise in most commercials of late, but it’s not a world away from my other music video work. It didn’t mean anything special in terms of the production. Technically, it didn’t have any unusual challenges. 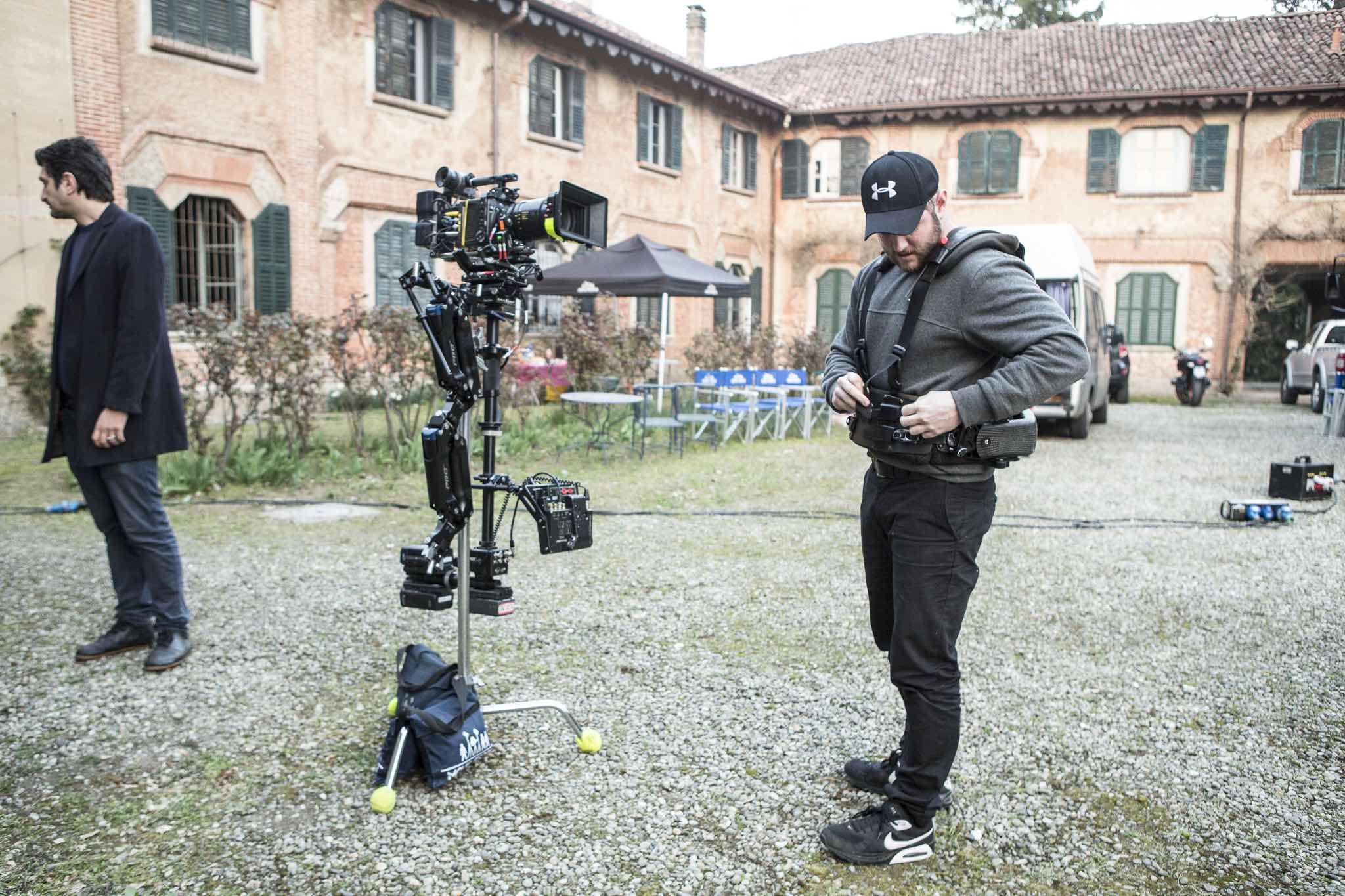 The location seems to play a huge role in the look of the film, almost like a character in its own right, how much importance did you place on finding the right location for the shoot?

It was of massive importance. After I first worked with the DP, Mauro Chiarello, he mentioned shooting in Milan some time. I’d always wanted to film there so he then introduced me to Davide Ferazza of Withstand Films.

I then started to send him music video pitches I was working on. We were close to doing one before this but the artist rejected it unfortunately. But then came this video for Sevdaliza and it just felt like a clear decision to shoot it there.

There’s a sense that the house was held together by this man before he died.

The location was paramount to the film. It’s a character in its own right. There’s a sense that the house was held together by this man before he died, creating a vacuum in the place.

Aesthetically, it also had to be timeless. It’s not a period piece, the fridge for example brings you into modern times, but it’s also not of a particular reality. The house was of massive importance and we added a scene due to it, the bedroom praying moment.

The video relies on a few well-placed VFX additions, how important do you feel they are for the overall effectiveness of the video and how did you go about creating them.

Time Based Arts did all the VFX on it and we spent a lot of time developing the soul in particular. It was quite a crazy process in fact. We started with various ideas, first it was this bubble with light inside it reacting to the music. But it didn’t feel right.

The post was then put on hold for a while due to scheduling, but it meant I had this scene rattling around in my head for months. In the end I decided it had to be shot in camera, we had to just create this soul for real. We ended up shooting the day after a commercial both me and Mauro shot in the UK for TK Maxx, with the very kind help of Friend.

We used the Friend office, and kept some of the gear, and then shot a light effect reflected on water. We would tap the water, bash the side of the tank, drop stuff onto it… and then got this section edited by Sam Bould at Cut and Run. So once we got this in camera version of the soul to TBA, we placed it in the video, but still felt it wasn’t quite right.

So Mike Battcock then ran the whole thing through a simulation, using this in camera shot stuff that had been edited to the music, as information to run through the sim. We then saw three very different simulations, and went with the one you see in the video. 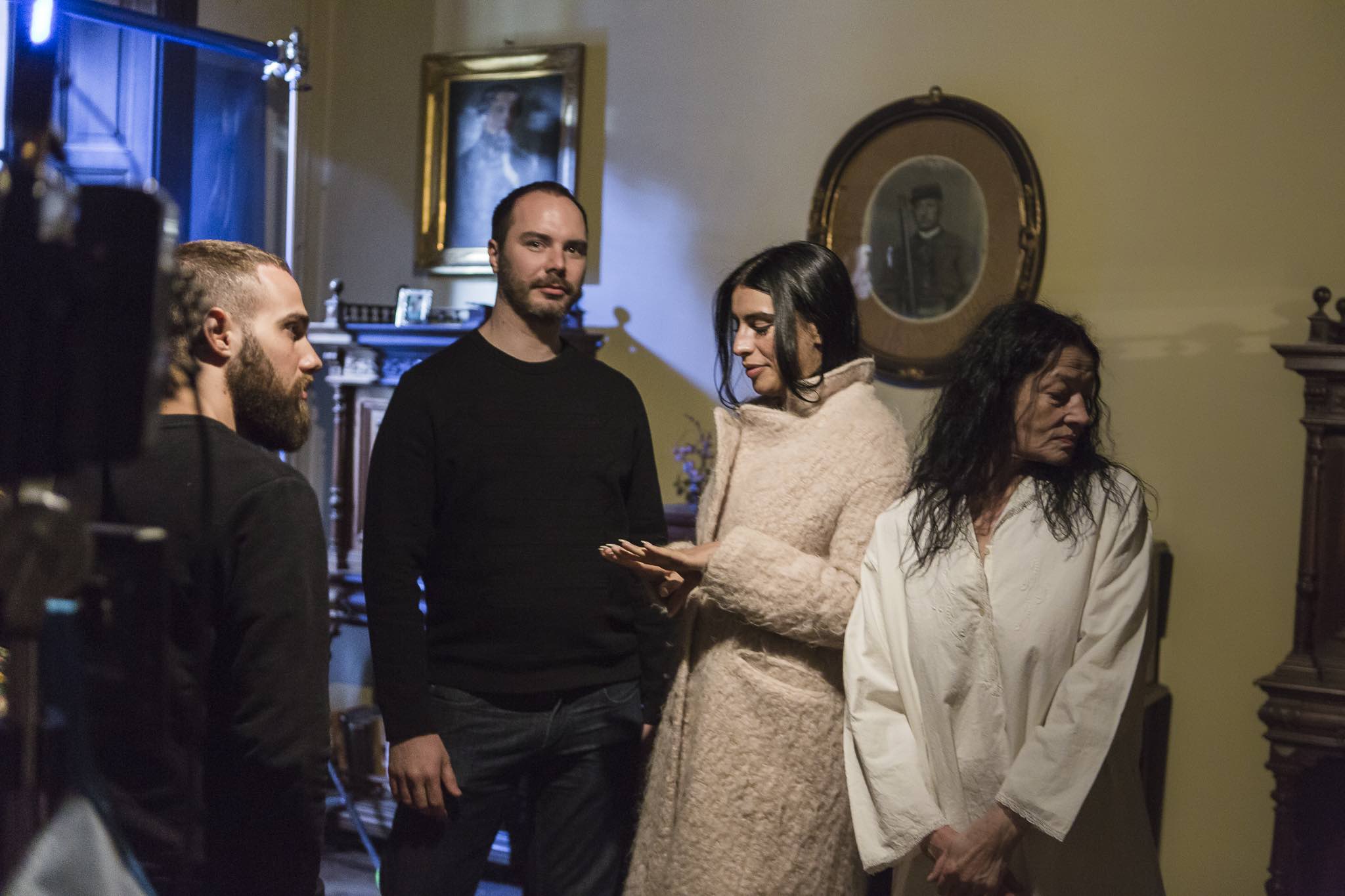 At the heart of the piece is a mesmerising performance from Sevdaliza – what was she like to work with and what do you think having her presence in the video adds to the piece?

She was an absolute pleasure to work with. Her presence is something else, captivating and powerful. The whole thing was based around her. Often I’ll imagine videos without the artist and then have to try to force my brain to feature them. But with her music, I can only ever see her in the ideas that come to mind.

Ok…I have to ask, what’s with the huge shoes covering her boobs towards the end?

They’re the shoes of the man who died. She undresses at the end, I think, to become completely exposed to the remnants of his character. These large shoes are embraced by her for a final goodbye dance. But in the end, like everything, they turn to dust.

A fair few commercials I’m very excited about. But I’m also ensuring I get another video on the go.