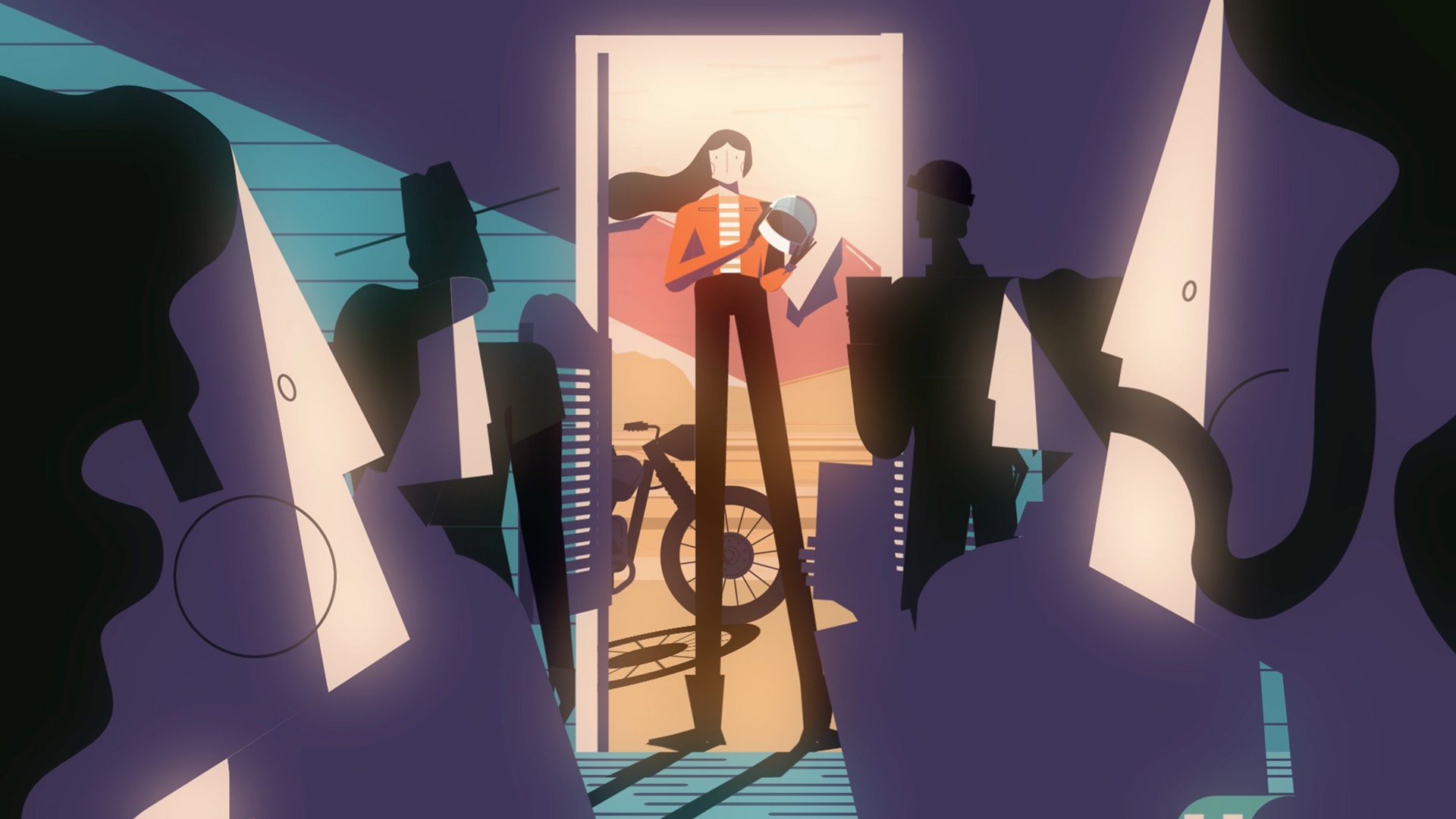 At some point in your life, you’ve probably seriously considered ditching your responsibilities and setting off in search of excitement – some of you might have even done exactly this. Culture Trip are looking to inspire a little of this spirit of adventure with their latest short film Elspeth Beard – Riding into History. The story of a heartbroken 23yr-old who sets out to travel around the world on her 1974 BMW motorbike, this 4-minute documentary blends live-action and animation to recreate her travel exploits from over 30-years-ago. Co-director and cameraman Souleyman Messalti, co-director and animator Joe Brooks and Illustrator Alex Mellon join us to discuss creating the synergy between the different styles in their film and why they decide to tell Elspeth’s story now.

How did you discover Elspeth’s story and what made you want to capture it on screen?

Souleyman (Director, Camera): We’d actually heard her name flying around the office throughout the summer. We sent one of our filmmakers on assignment to a female-only biking event in Wales, without even knowing Elspeth Beard would be there. Once back in London, our filmmaker told us a bit more about her incredible story. I was fascinated. Elspeth is the kind of person whose story you just want to keep listening to. She’s brave, yet vulnerable. Independent, yet attached to her loved ones.

I think we were all just curious and impressed to hear she was the first British woman to motorcycle around the world. I personally believe that letting go of all attachments – whether they are financial, material, familial or something else – to live a life of adventure is the one thought we’ve literally all had at one point or another. And yet, not many people have followed through…

With Elspeth’s adventure happening over 30-years ago, how did you approach the visual element of telling her story?

Souleyman: Really early on in the production process, we knew we would be lacking visuals if we were to only use live-action footage. Apart from hundreds of pictures and memories, Elspeth doesn’t have video footage that could illustrate her words – and even if she did, there would still be sequences that wouldn’t have been possible to film. Thankfully, we’re lucky to have our super talented in-house animator, Joe. Together we discussed the huge potential of animation to create the narrative of the video and got the ball rolling…

You use a combination of live-action and animation in your film, how did you come to the decision to use both and how much attention did you put on the synergy between the two aesthetics?

Joe (Director, Animator): I was always keen to work with the video guys on a collaborative piece where animation can compliment a beautifully crafted piece of film, in parts where the audience can benefit from illustrative visuals to describe an abstract, historic or unreachable subject or concept.

We also wanted to create something ambitious and special, making the most of our in-house video, animation and illustration talent, to really push ourselves and show what we’re capable of making here at Culture Trip.

I was there to listen out for as ammo for the animated sequences.

I think what was really different about this particular synergy was my involvement as animator in attending the shoot and interview. This helped in being able to steer some of the conversation towards more visually descriptive language, something I was there to listen out for as ammo for the animated sequences.

On a slightly separate note, I’d like to highlight how important the music and sound design was in lifting this piece as well. Ross Henbest and Thomas Canton did such a great job on this, it really gave the animation its charm and brought the whole thing to another level.

The animation is gorgeously designed – can you tell us a bit about why you chose this particular style for Elspeth’s story and what you think it adds to her tale?

Alex (Illustrator): When listening to Elspeth talk about her travels, I was instantly caught with how vivid the imagery of the story was. I wanted to work with a colour palette that would be able to work across all of the different scenes within the narrative and create a world as vivid as the one she was describing.

I researched extensively 70s and 80s travel and tourism posters.

Although I wanted to keep the style of illustration my own. I researched extensively 70s and 80s travel and tourism posters to work out ways of adapting my style to fit within this era of travel. I think one of the joys of working on this project was that Elspeth was great at telling the story, so it was more a case of breaking down these key scenes she talked about and making sure that the illustration was ticking all of the boxes she was talking about.

Often we would build a scene out and come back to it a few weeks later to add extra details in, which in turn would cause us to add to other scenes. This process went from the very beginning with the styleframes all the way to the end, and I think it’s why we were able to create a world that feels both real and almost fantastical at the same time. 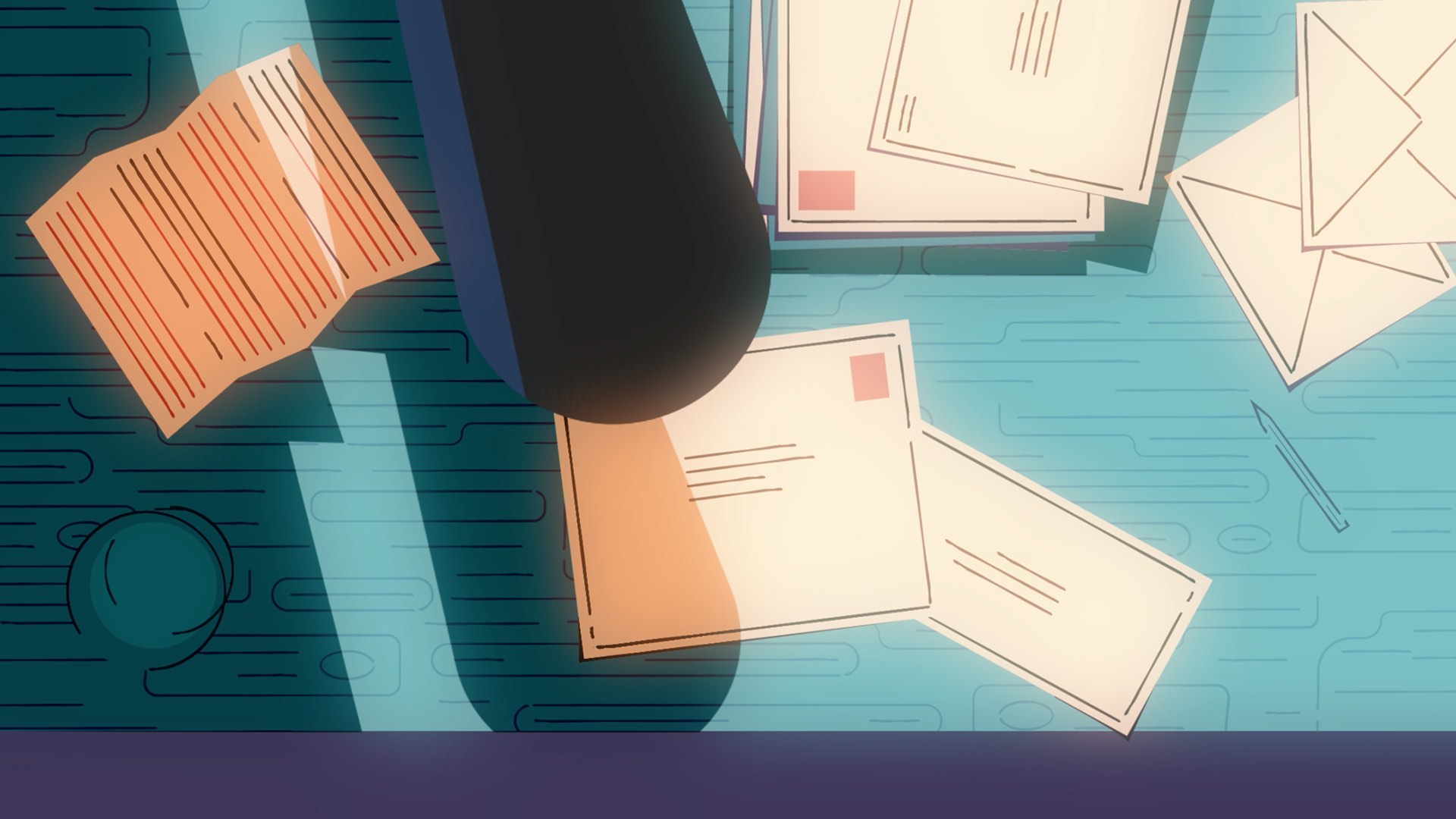 What do you hope an audience takes-away from viewing your film?

Souleyman: I want our audience to be inspired! I want people to think, “Wow, have you heard of that badass woman who left everything to follow her dream? Why can’t I do that too?” I think we generally put too much thinking behind our actions – sometimes we should just dive in, step out of our comfort zone and see what happens next. Life’s too short to have regrets.

I think inspiring others is what it’s all about.

Joe: Souleyman took the words from my mouth, I think inspiring others is what it’s all about. If we can make just one person either jump back on their bike, book a trip or read more about this fantastic woman, we’ve achieved something great.

Joe: We’ll definitely be exploring more into this hybrid format for future stories, but right now I’m looking into subjects to create our next fully animated piece. The great thing about working in-house at a place like Culture Trip, is that there are an abundance of inspiring stories to work with and visualise. What’s next, I’m not exactly sure just yet, but keep your eyes peeled!