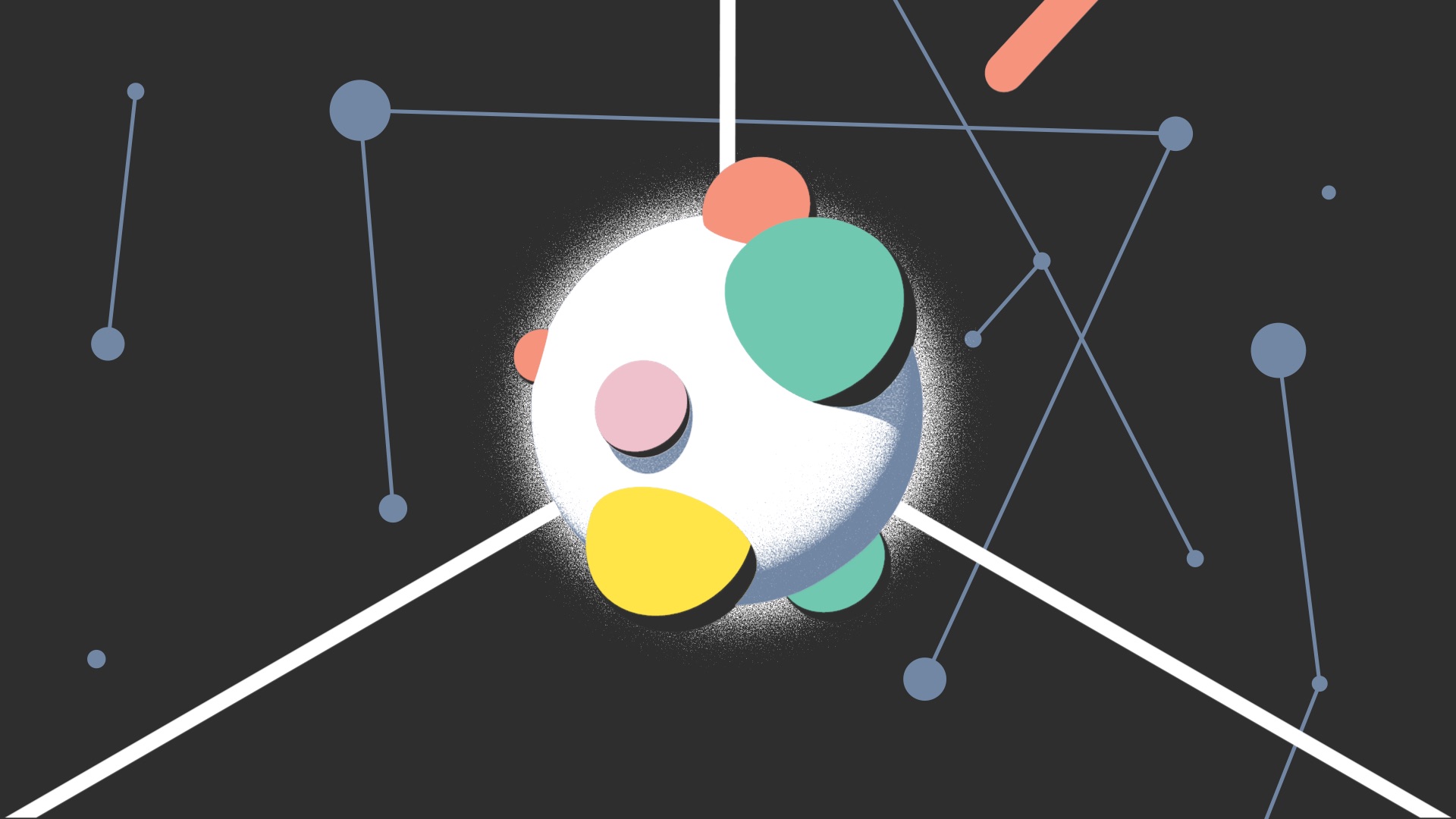 We first featured award-winning animation studio Moth back in 2013 (back when they were a collective) and in the five years since that article their numbers have swelled and their output continues to get more and more impressive. Now releasing their first ever music video – a colourful, conceptual piece for Sigrid track Focus – we invited the team back to Directors Notes for an impressive fifth time to talk about animating to music and matching colours to internal organs.

Conceptually, the video feels quite poetic and abstract – can you explain the concept to our audience and tell us how it originated?

The song talks about the experience of heartbreak and the difficulty of moving on after the end of a relationship. So many different routes you could take with that and most of them could be pretty sickly. Luckily Sigrid and Island Records wanted to avoid that and were after a video that would add another layer to the song’s lyrics and not be another cute video to a cute song.

We came up with the idea of showing the effects of heartbreak from the inside, rather than the outside. Creating a scenario in which memories, in the form of colourful shapes, inhabit our bodies down to the cellular level. We visit different areas inside the body, for example, the guts and heart, and observe the struggle between these memories and the organs they reside in. Finally, we see the abstract way in which they are expelled and re-absorbed, acting as a metaphor for rejection then acceptance of difficult or painful memories.

With the concept in place – how did you approach it visually? What made you decide on this particular style?

The poetic nature of the concept allowed for abstraction and playfulness in the visuals. We wanted to create something bold and colourful, but at the same time sensitive and tender.

We knew we wanted to create ‘mini-worlds’ for each organ of the body we chose and that these worlds would employ slightly different techniques, colours and physics. So first up, we made a grid in which we outlined what organs we would be using, what colour each organ’s world would be, and what kind of memory shape and behaviour we would designate to them. For example, the Gut’s world is green, its nature is more slimy and elastic, and its memories act like underwater plants or fish. 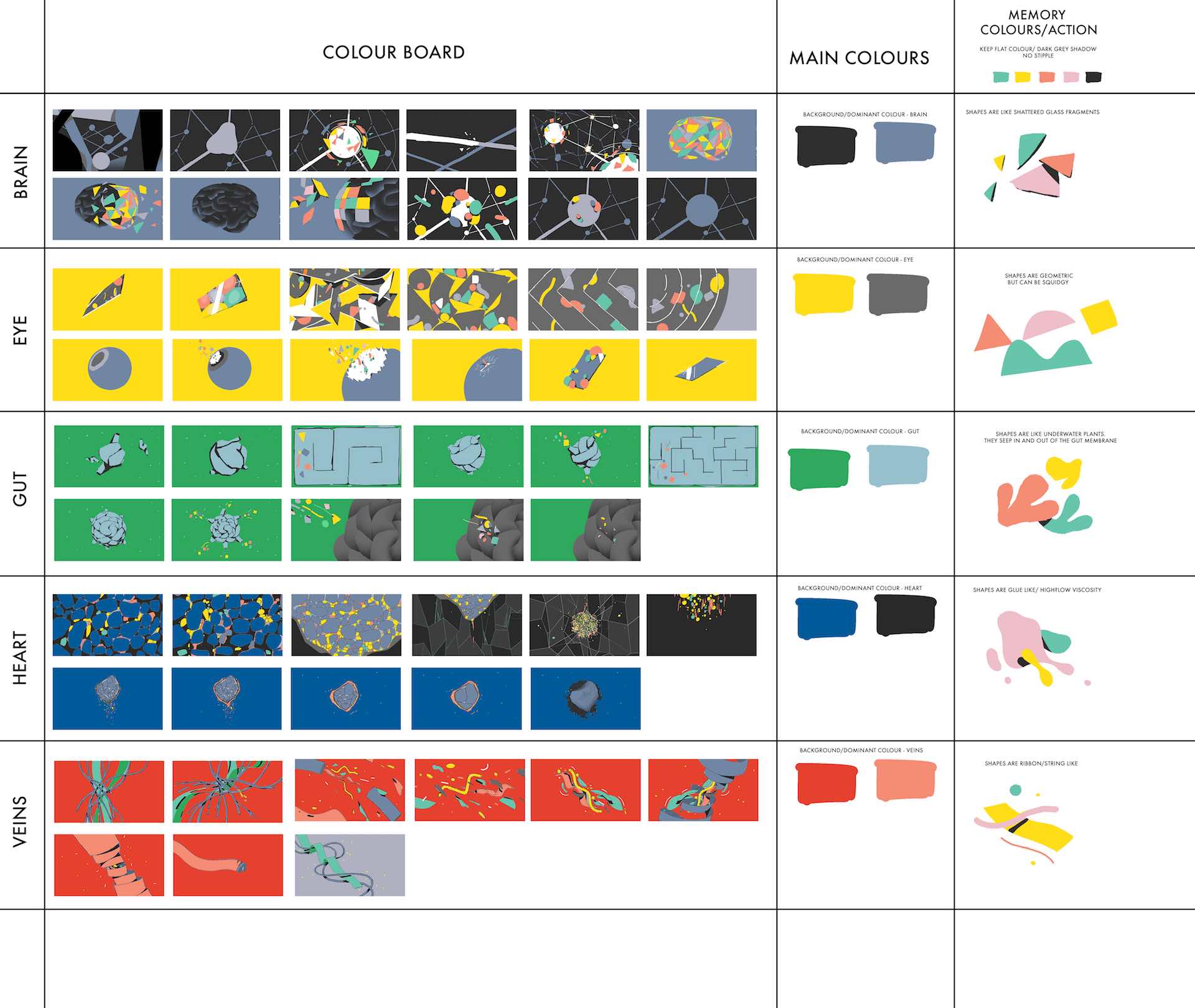 Separating the body into these sections and outlining the characteristics of every organ helped us find some clarity and definition. We could then take these rules and really push each section conceptually, while also have fun working with different animation techniques. Style-wise, we wanted to achieve a minimal but punchy aesthetic, by using simple shapes, graphic compositions and stark shadows and textures.

We wanted to create something bold and colourful, but at the same time sensitive and tender.

How much were the concept and visual style inspired by Sigrid’s music?

Sigrid’s music is full of energy and positivity, it is fresh and bold and revitalising. It is also honest and raw and sweet, this is also very much Sigrid’s identity. She also has a strong visual ‘brand’ which gave us a good jumping off point especially when it came to the use of colour. 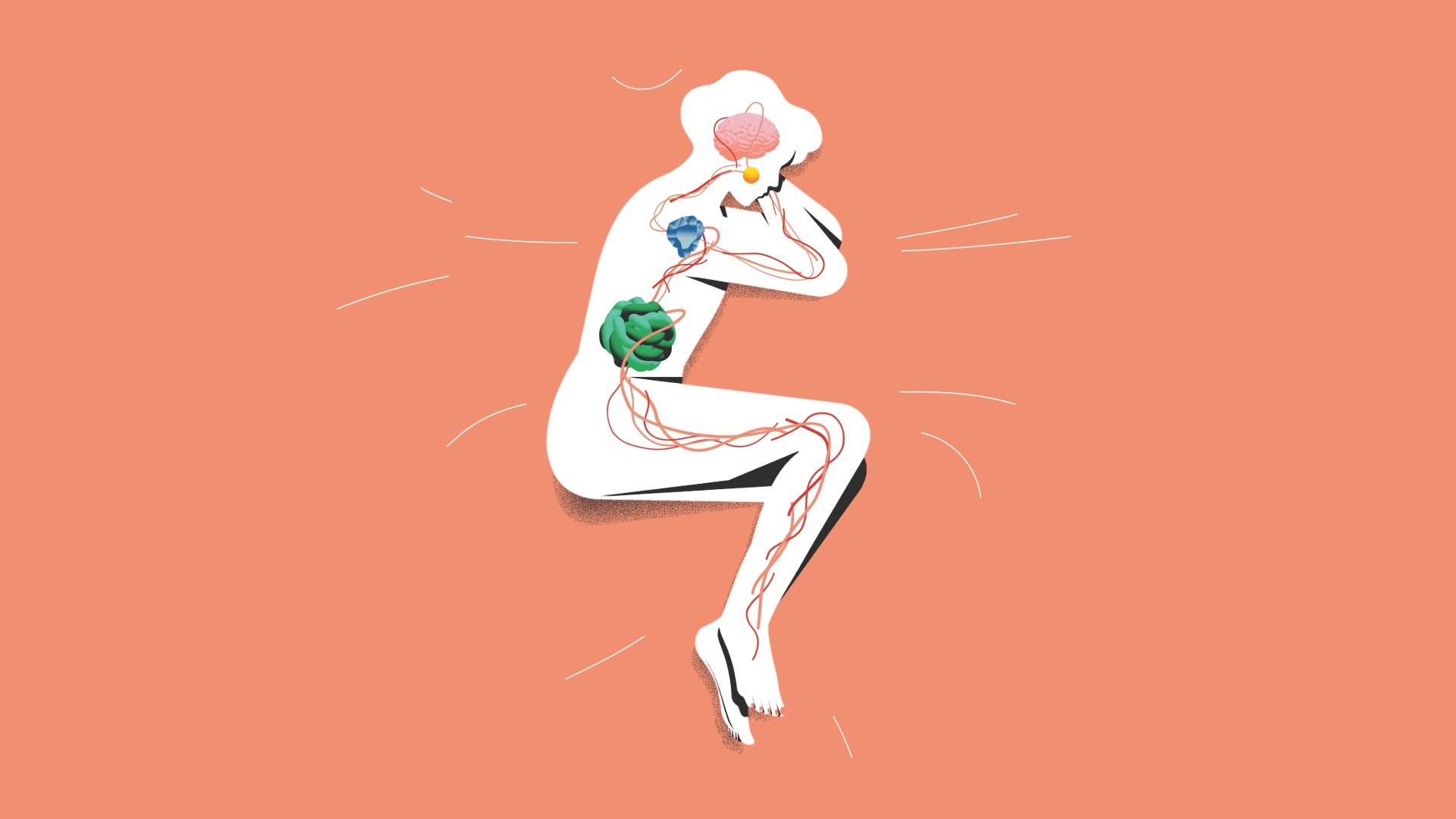 As this was the studio’s first music video did working to music change your usual approach? Did you learn anything from making it that you’d take into other music video (or even non-music video) projects?

Working to music can be both helpful and restricting in some cases. Helpful because you naturally have a given rhythm to work to, and so you can have some real fun with movement and the edit; Restricting because the lyrics dictate a lot of the storyline, and so you might want to take the narrative somewhere where the lyrics don’t allow you to go. So coming up with this more abstract concept devoid of characters and a direct narrative was a departure from how we usually work but something that gave us room to play around.

We are currently working on a few fully 3D projects and developing our own stuff. Sorry a very un-interesting answer but nothing is quite far enough along to be able to talk about yet! Watch this space!