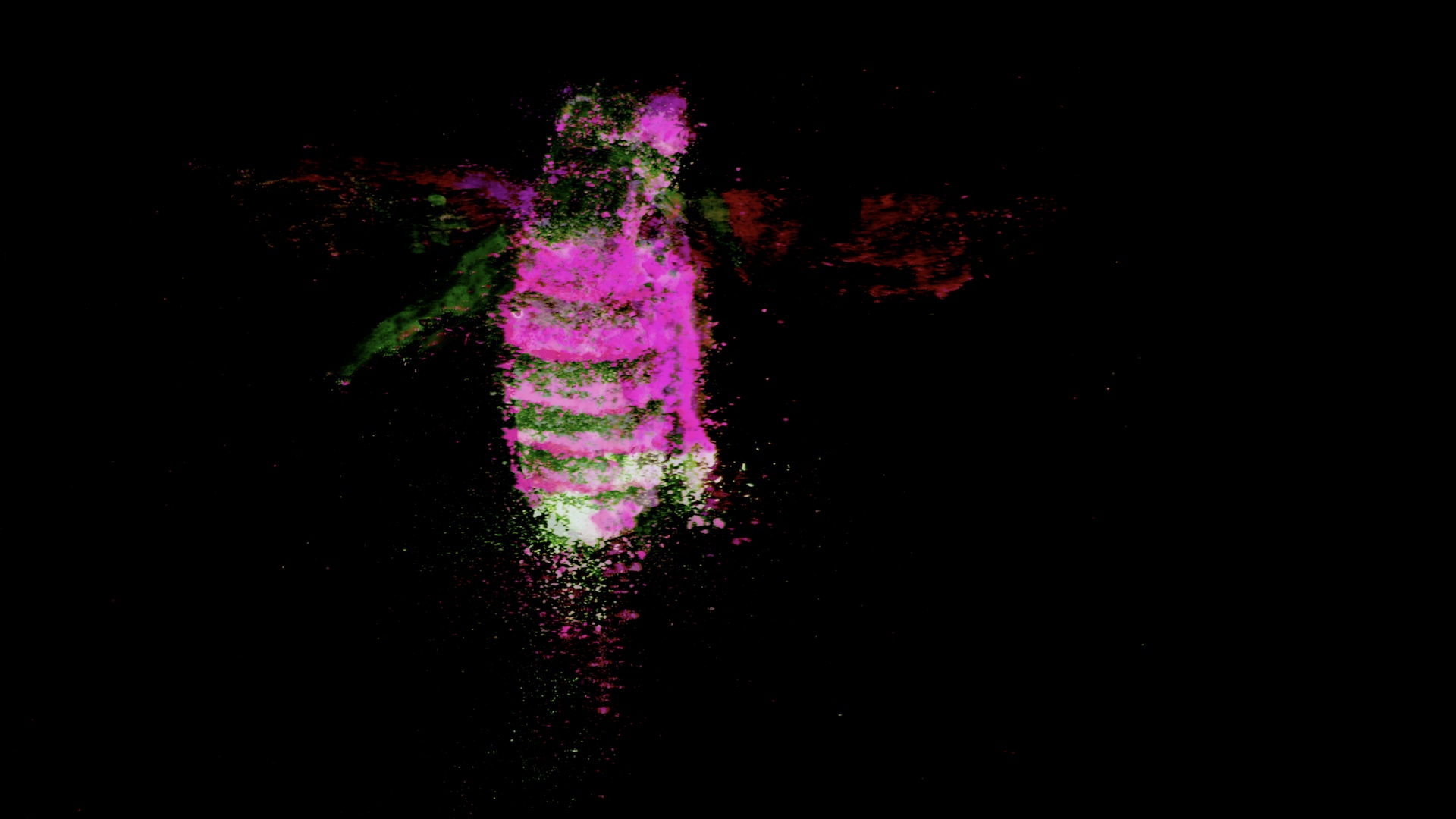 As fans of inventive, boundary-pushing animation, the Royal College of Art has been good to us at Directors Notes over the years. Having featured work from the school on our site from 2012 (interviews with Moth Studio & Eamonn O’Neill), films from their students and graduates have become an essential part of our animation coverage. The latest RCA student to catch our eye is London-based experimental animator Emily Scaife. Joining us today to discuss her grad film Attraction – a five-minute short exploring themes of attraction, pleasure and seduction in the natural world – Emily explains how she created her distinct look and how she was inspired to create her film after a thought-provoking macro-photography session.

Your film has quite an unusual premise, can you talk us a little through the thought-process that led you to want to explore themes of insect attraction and pleasure?

So one of my favourite things in the world is texture!.. In particular, texture in nature. I love photographing in macro to capture, and create, abstract patterns. In doing so, one day I found myself trying to get inside a flower (with my lens!) to capture the most intimate parts of the plant… And I wondered, what thrill an insect must feel as it climbs right through to the delicious nectar/pollen. 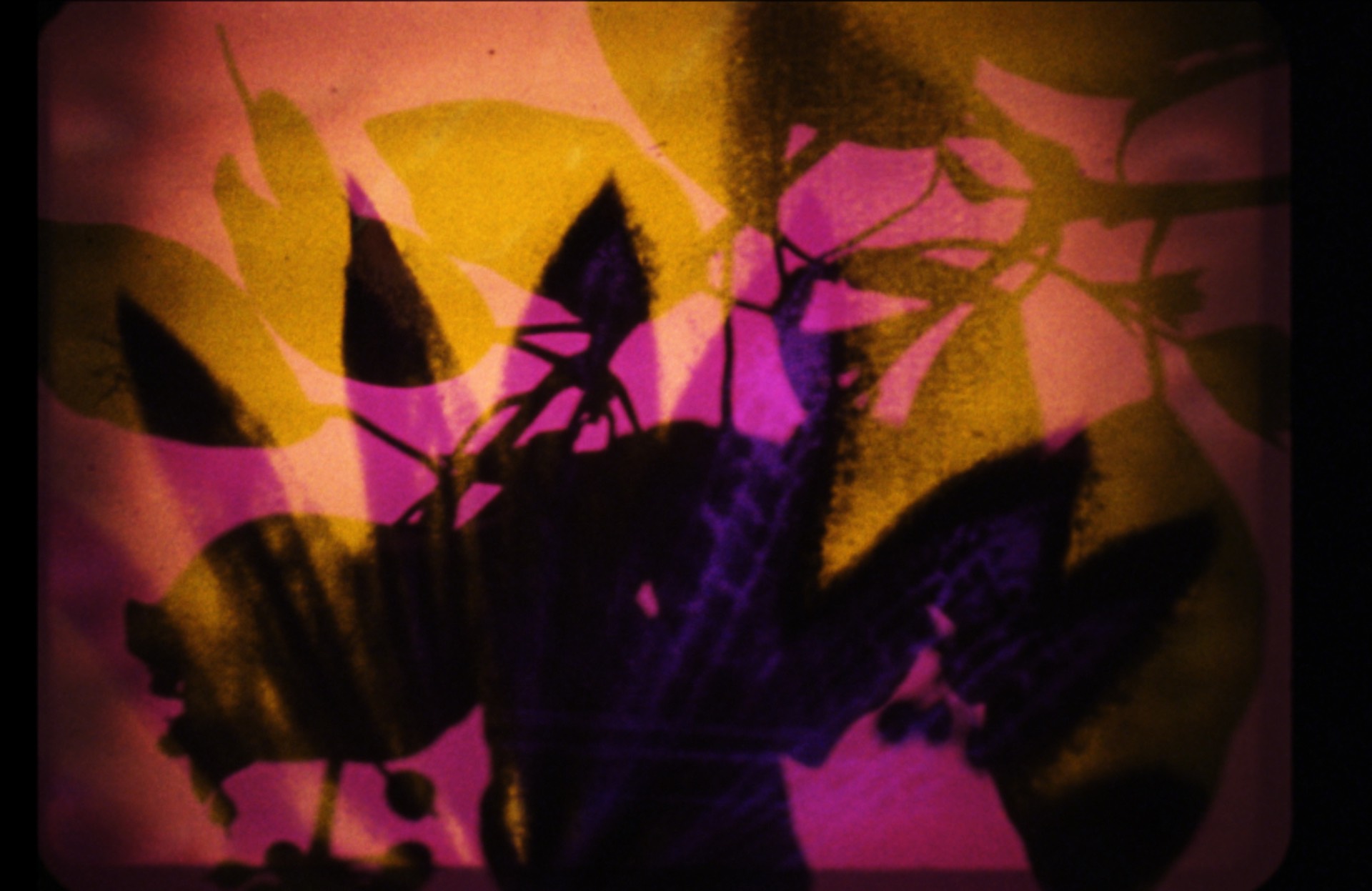 Watching the film I felt some contrasting emotions – on the one hand its organic elements give the film a peaceful feel, but I was also a little tense and unsettled by it, what are you hoping an audience takes away from a viewing of the film?

Although we have indications of how some insects’ vision works (UV etc.), it’s pretty hard to imagine how that gets processed – what does an urge or reward feel like for a fly or a bee for example? No one can really know. In that respect, I felt I had a lot of creative licence to interpret it however I wanted. So I’m glad you felt contrasting emotions and hope audiences also question those sensations.

How much of an impact did the organic subject of your film have on your animation techniques when making it?

It had a huge impact – I usually start my projects by sampling the shapes and textures of the subject matter with photography. So I booked a session at the darkroom (to make a batch of 35mm photograms) and on the way, raided some bushes. By the time I got there I had a small collection of leaves, flowers and seeds. I had my camera on me so decided to also photograph them (in macro) on a light-box to have some reels with more detail.

And can you explain your production process to us?

I then used a 16mm Oxberry animation stand – colourising the otherwise B+W images with gels and layering them through multiple exposures. Working like this with traditional film techniques inspired many further experiments and ideas during the production, and continues to influence the way I work today. 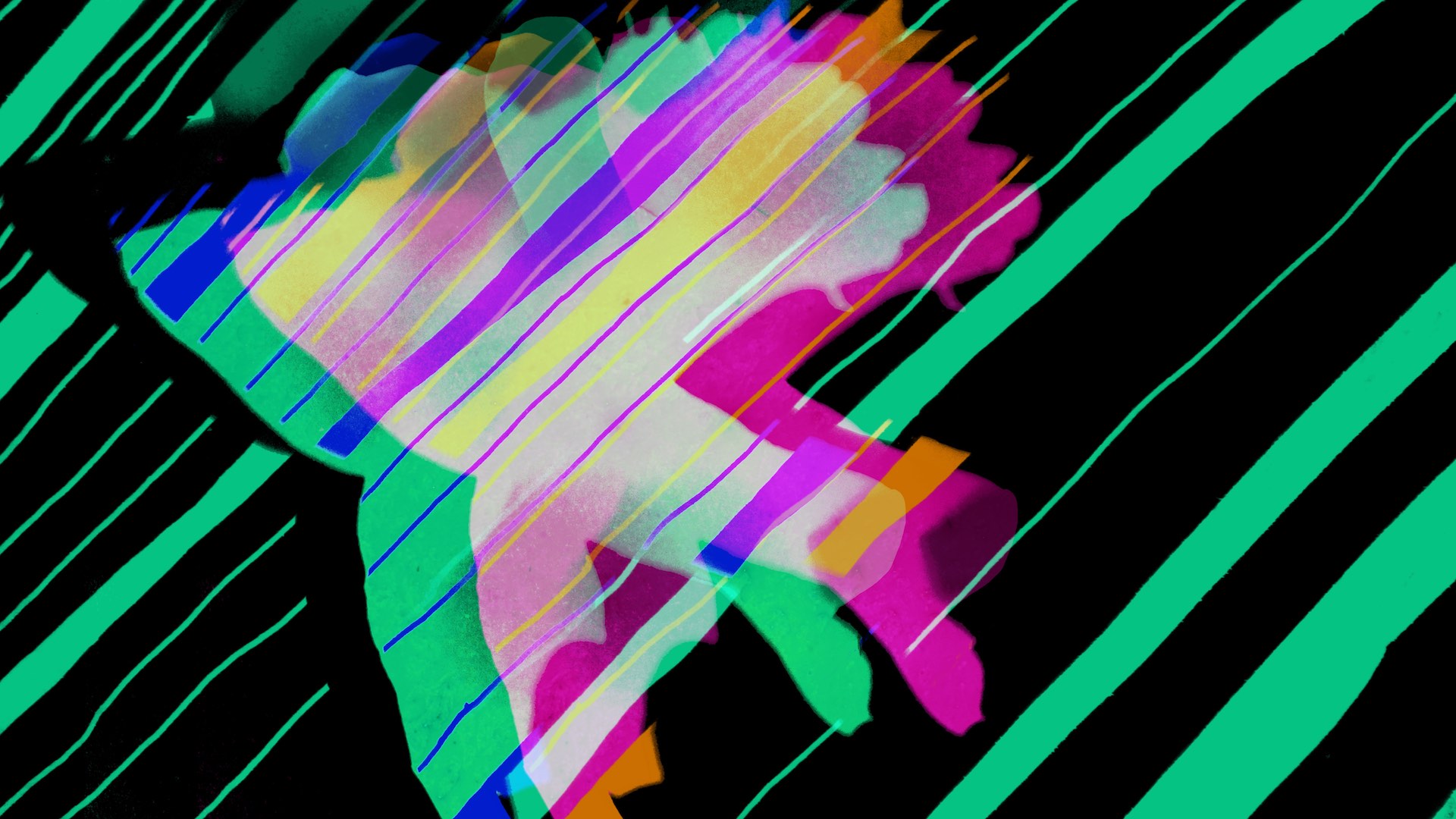 Sound plays an important role in setting the tone of the film, what was the aim of the sound design and how did it help shape the film?

The plan was to work closely with a musician from an early stage so the sound could help inform the visuals and overall structure, especially important when working with abstract material.

We fed my SFX through his machines to create batches of building, rhythmic soundscapes.

I was keen to get stuck into the sound design myself and started making some recordings, like electromagnetic buzzing from plug sockets and other textural sounds. Then I found Ben Bell at Horus Records through my love of reggae – who uses analogue dubbing equipment to create layers – similar to how I was working with images, and though it might be a fun collaboration.

We fed my SFX through his machines to create batches of building, rhythmic soundscapes – which I then layered and edited together with the visuals – before adding Foley back in on top to bring out specific textures and movement. 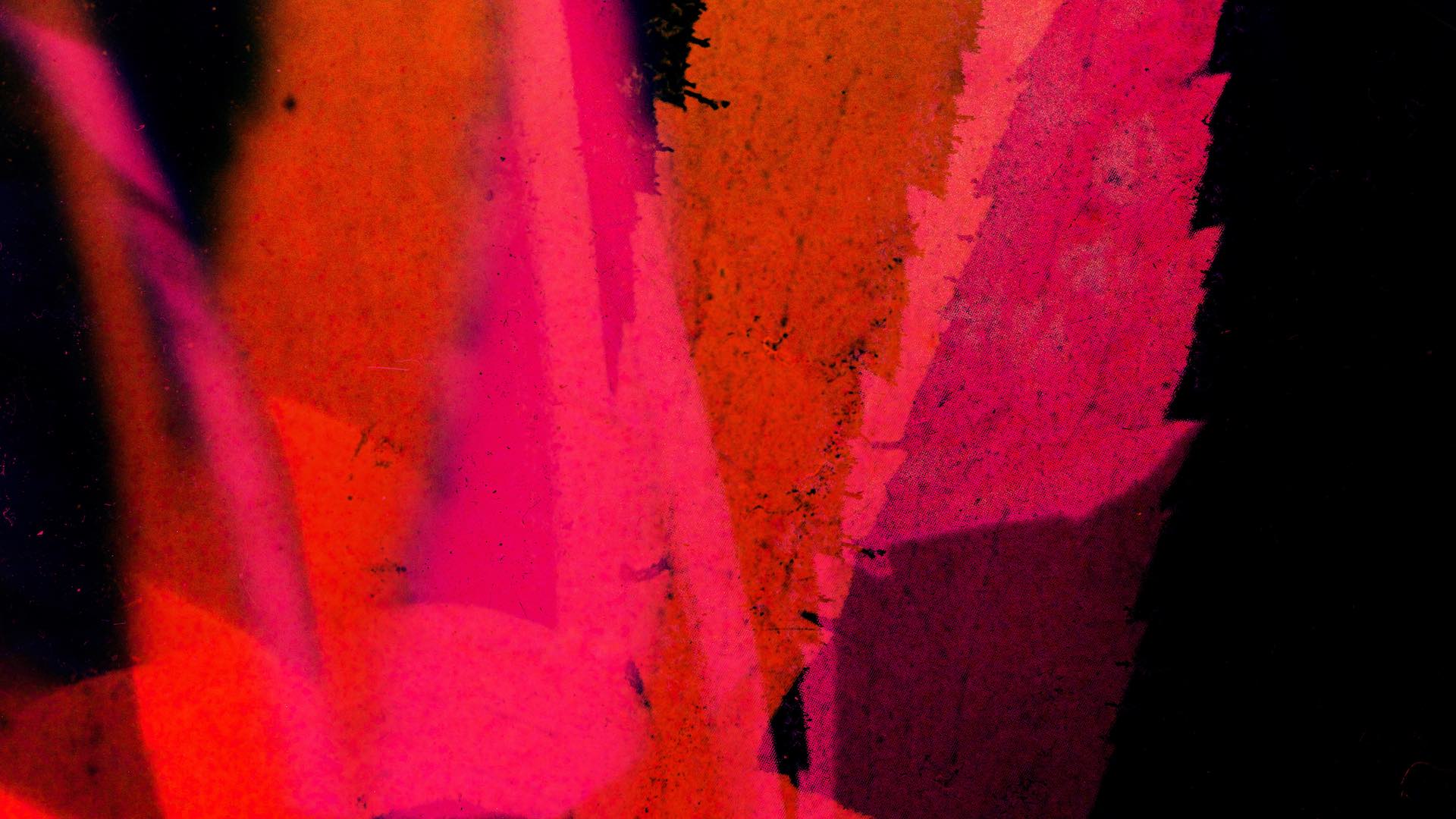 Attraction was made as your graduation piece from the RCA, how has studying at the college helped develop your animation style and what would you say is the most important thing you’ve learnt during your time there?

Before the RCA I’d always stuck to photography believing I couldn’t draw. But through life-drawing sessions with really encouraging visiting tutors, I felt free to experiment with materials and mark-making and started observing the world in new ways.

I was also lucky enough to have the most inspirational personal tutor who got me thinking about rhythms & sound-image relationships, over character & narrative – which has had an enormous and lasting impact on all of my work. 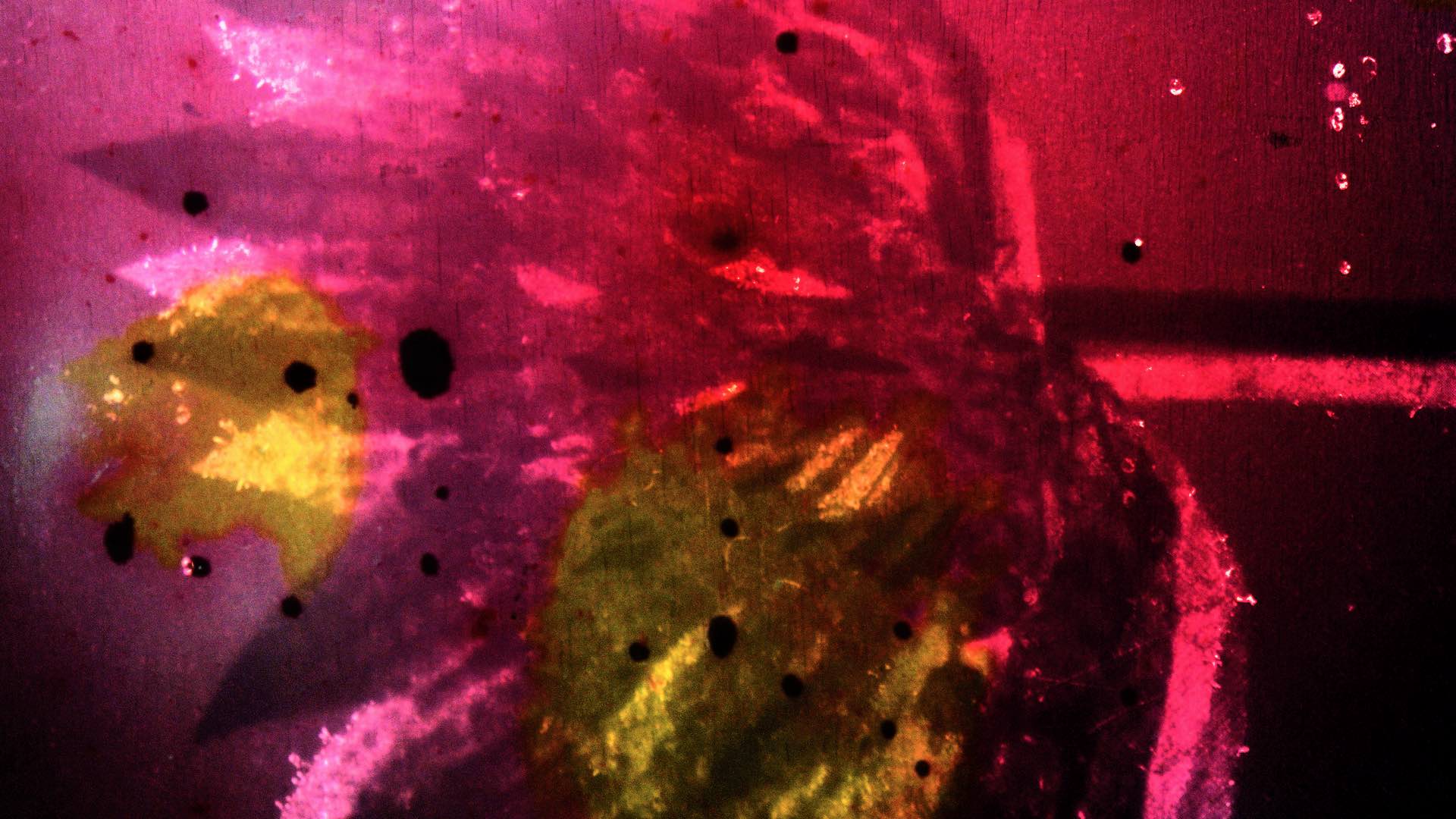 I’m currently developing a live audiovisual performance exploring the mating rituals of tiny sea creatures – due to premiere at Flatpack Festival in May.

I’ve been trying to sort of reverse-engineer the photographic and animation processes I usually use alone in the studio (tiny filmstrips and multiple exposures) into a large-scale format that an audience can be part of and experience coming together in real-time.