Having worked on huge Hollywood productions, such as Jurassic World, Ghostbusters and Ready Player One, CG artist Arsen Arzumanyan decided to break free of the usual constraints associated with filmmaking when making his latest short film. Beginning the project without an “exact destination” in mind, Furnace of the Birds is an ‘Avian creation myth’ with an unusual aesthetic and ethereal vibe. Exploring his methods and unravelling how his story formed, Arzumanyan joins us to discuss how his somewhat chaotic approach kept him excited about the project after long days at work.

Welcome to Directors Notes Arsen, as this is the first piece of your work we’ve featured on our site, can you tell us a bit about the how/why you became a filmmaker?

I have always loved to tell stories and to draw, so the world of animation was very appealing to me. I have worked for the past 10 years as a CG artist, specializing primarily in the field of previsualization, which is essentially digital cinematography. The field always attracted me because its potential for creativity is quite high, as we are the first people who interpret words on a script into actual moving images and edits. I have learned a great amount working on those big tent pole features and now want to tell my own stories based on my own interests and passions.

There is no prerequisite required to view it, no big ideas, political reference, or messages.

You describe Furnace of the Birds as an ‘Avian creation myth’, what made you decide to tell this particular tale?

It’s hard to say exactly, I have always loved surreal art and my head is always full of very strange and at times nonsensical thoughts. What I liked about the idea is that it is free of any baggage, there is no prerequisite required to view it, no big ideas, political reference, or messages. Anyone can view it, a native tribesman from the Amazon, a banker in NYC or a shepherd in Morocco. It’s all the same, it’s a simple story, all it really requires is for you to know that birds hatch from eggs. If you know that, then you know all you need. 🙂 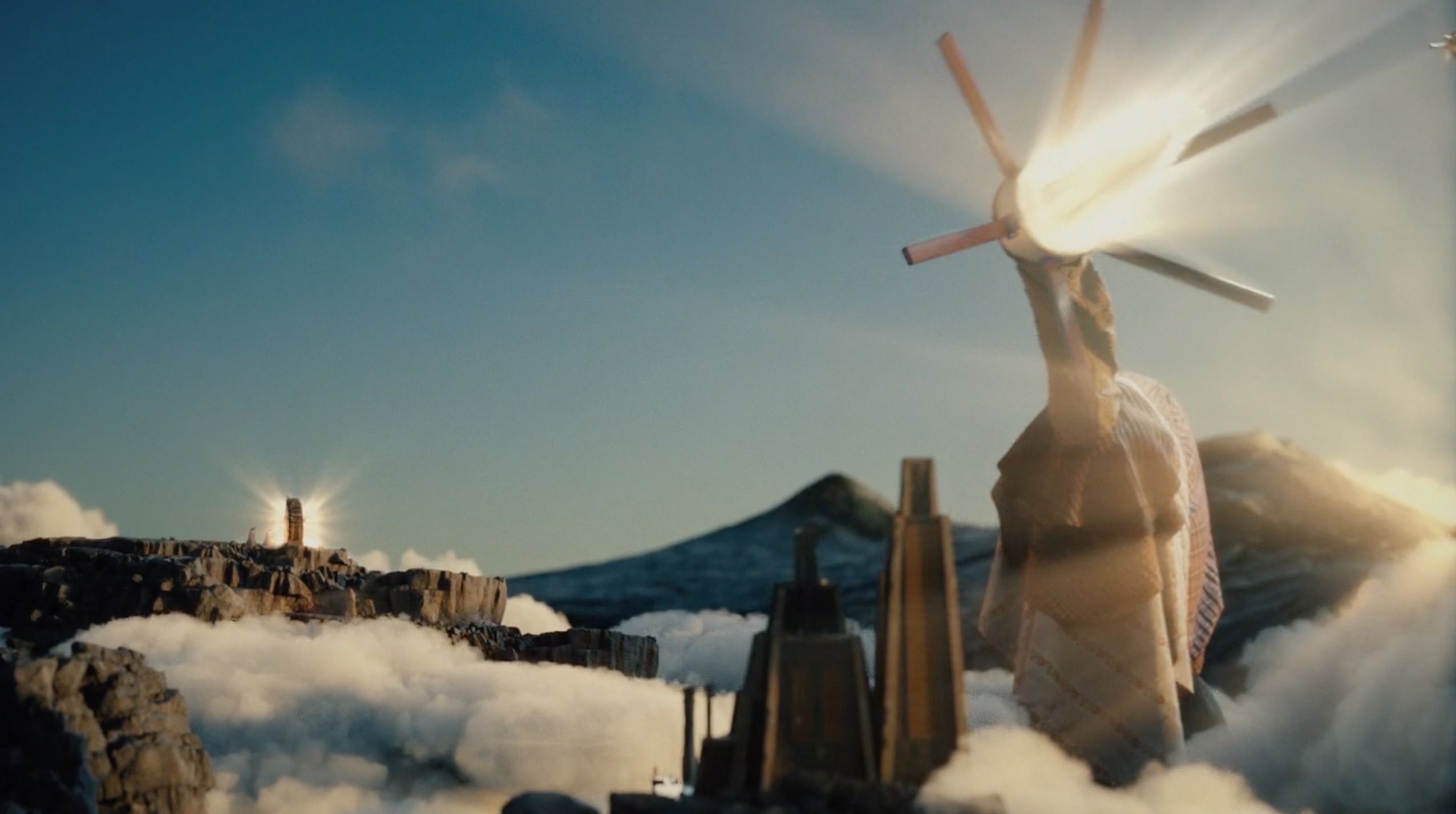 It’s hard to watch a creation story and not connect the piece to religion, was this always in your mind when making the film and was there a particular message you were looking to send to your audience?

Not a particular message, but a feeling, and the feeling is I don’t know what is going on and why, but it seems important and I can’t look away. I travel quite a bit, and I love to go see local rituals and ceremonies different cultures have, I am always an outsider looking in, but I can’t look away. I am not a religious person but I think everyone can admit the beauty and awe a lot of these rituals have. It is something incredibly human, perhaps the most human of all things. We all have rituals and ceremonies, from West African masked dances to Vatican Sacred Rites, Muslim call to prayers, Buddhist chants, on a deep level they are all scratching the same itch, there is something biological in humans all those things tap into, and I think that can be quite beautiful.

I wanted something that would play the same to anyone no matter what culture or time they were from. Equally odd to everyone.

You refer to the film as “a combination of several visual experiments” – what made you choose this particular aesthetic style for the piece?

I wanted the whole short to feel implacable, meaning no matter where you are from it is foreign and also the tiniest bit familiar, the plastic heads, the Eastern European cloth patterns, the Tibetan music, and the classical western painterly look. All humans have rituals and ceremonies, I wanted something that would play the same to anyone no matter what culture or time they were from. Equally odd to everyone.

The design of the characters is particularly interesting, why this particular look for your ‘bird’ creatures?

The Bird worshiper creatures themselves are based on creatures made by Sam Mason. One of the best and most inspiring visual artist I have ever met. I’ve worked and collaborated with him on some projects and he encouraged me to make some weird stuff and just play around. He was one of the first people I met who used 3D the same way that I sketch, which is just start making stuff and figure it out as you go along, and boy oh boy is it fun!

It completely freaks out and looks really weird.

The Bird God creature was created in a very bizarre way. I was messing around with my mocap suit and started breaking it (like putting hand controllers on your head and head controller in your pocket), it completely freaks out and looks really weird. Eventually, I got it to look like a Jim Henson puppet and started sketching over it and trying to imagine what it could be.

I was heavily influenced by ancient rituals that I’d been reading about (I’m a giant history nerd). Specifically in Sardinia in a ceremony called Mamuthones, where men dress up in wooden masks, cover their backs in bells and march through different towns. This is such an ancient ritual that its origins are unknown and many people think it’s possibly a pre-Indo European tradition, the last surviving remnant of a people we literally know nothing about. I really love stuff like that, there is so much mystery and awe in something like that and of course, I have no idea why they do that or what they’re doing exactly, but I LOVE it. That’s essentially what I wanted to recreate…that feeling. 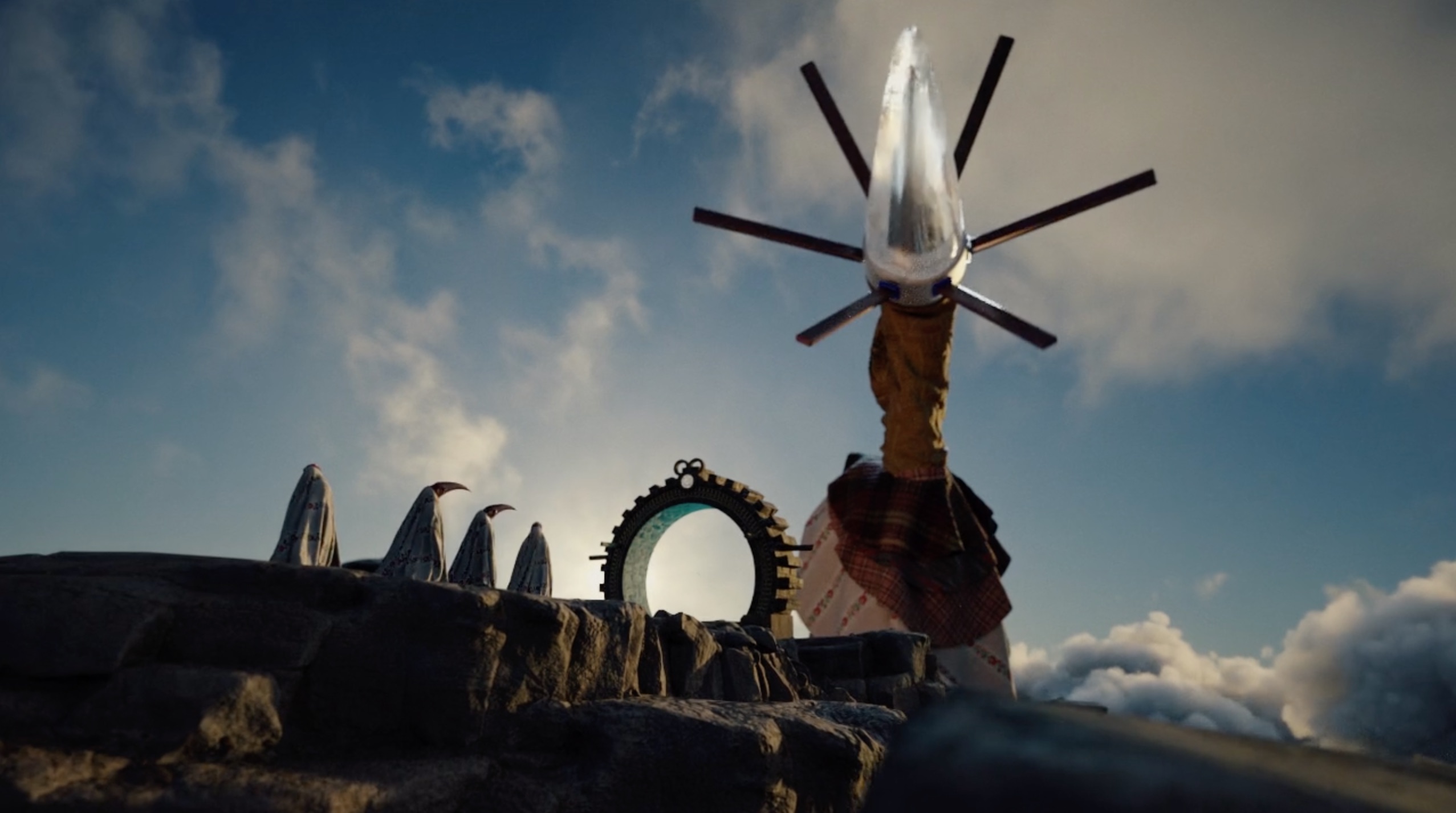 There’s a lot going on visually in Furnace of the Birds, can you give us some insight into your production process – what methods/tools did you employ to create the piece?

The methodology on this short was pretty much the opposite of any professional CG work I had ever done, where everything is planned to a tee and then executed perfectly. This was all very fluid without an exact destination, I kind of discovered the film as I was creating it. The danger in that is it’s easy to fall into beautiful nonsense, so at some point you need to weave the eye candy back together again and try to put a bow on it. About halfway through making the film is where I settled on the idea of it being a mythological tale of where birds come from, that would end with the creation of a bird. I know this may sound a bit chaotic, but that is actually what drove me to keep working on it. If I knew exactly the ending and exactly what I was gonna do from the beginning, it wouldn’t have been as exciting to open up and work on after late nights at work.

Being able to have such fast renders allowed me to keep experimenting and trying things out.

On a technical level, I was able to finish this short in a rather quick fashion because of the new technologies that are available to individuals now. I made my own little mocap stage using the Vive and trackers right in my living room, I use Maya for most of my CG work and used Redshift to render the project. Redshift is a great GPU renderer meaning if you have a good graphics card you can render very quickly. This was vital to me, since I am just working alone in my little flat, being able to have such fast renders allowed me to keep experimenting and trying things out. 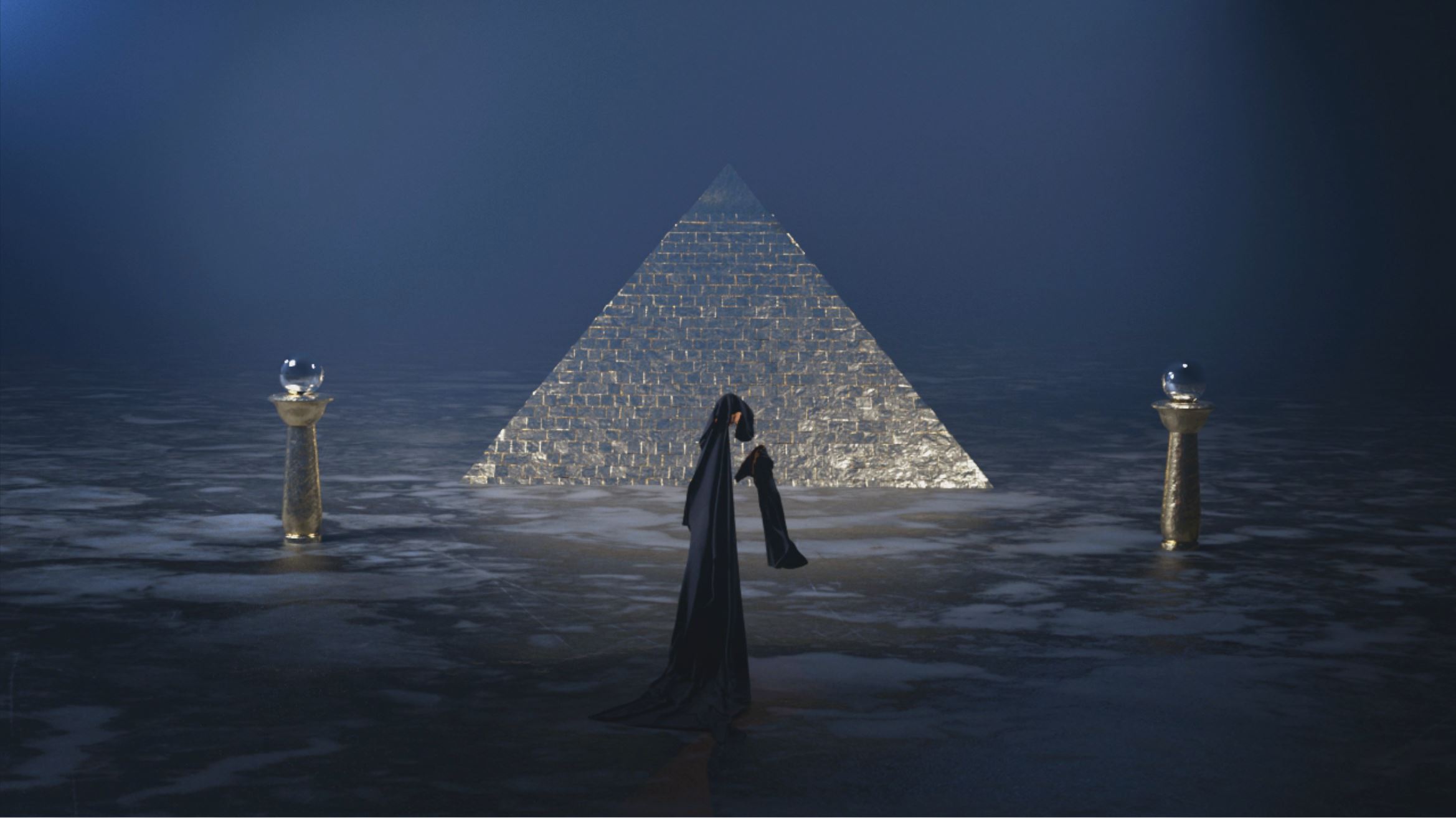 I am currently making another short film that has a similar feel but on a larger scale. It will be a retelling of an Ancient Egyptian myth of how the world formed, there is a huge amount of source material to get inspiration from and none of it really has been represented visually (outside of hieroglyphics). In all of these myths, the world was said to have emerged from an infinite, lifeless sea when the sun rose for the first time. It is a lot of fun to try to imagine what some of these extremely abstract and fantastical stories look and feel like.

But I will probably keep making little odd surreal stills and animations, as that is just way to much fun not to do! Keep an eye out for some new goodies on my Instagram